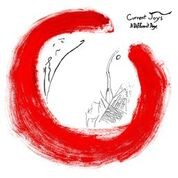 Current Joys is the enigmatic solo project of 25-year-old Henderson, Nevada-born songwriter Nicholas Rattigan. In addition to his minimal two-piece band with Jacob Rubeck, Surf Curse, Rattigan has been releasing a prolific catalog of heart-wrenching no wave ballads via Bandcamp under a handful of names (including The Nicholas Project and Tele/Visions), eventually choosing Current Joys as the permanent moniker, based on a song by folk-artist Liam the Younger of the same name. His newest release, A Different Age, documents the process of making art and the desire to create it sincerely in an era fraught with extreme irony, apathy, and nostalgia. Ripe with many of the emotions and conflicts that have influenced Rattigan’s songwriting in the past, A Different Age contains some of his most poetic lyrics and thoughtful arrangements to date.

Rattigan started writing the material for A Different Age, his fifth solo album, in 2015, shortly after moving from Reno to New York City and the release of the album Me Oh My Mirror (the limited-edition cassette of which is now sold out, along with all his other tape releases). A Different Age has changed drastically over the past three years as a result of Rattigan’s relocations, with each city influencing and altering his work. He discarded and re-recorded various tracks many times over throughout the process. Rattigan’s work on the album spans across almost three years, primarily due to the success of his other project Surf Curse who released a new critically acclaimed LP, multiple tape re-issues, and toured across America and Europe since he began making A Different Age.

He first wrote the title track, which serves as the album’s emotional core. A meditation on an artist’s place in contemporary culture, Rattigan sings about breaking free from outdated conventions over a driving beat and lush string arrangements that swell to a chilling static. Rattigan later revisits those themes throughout the record while also referencing the films and art that has inspired him. A nod to Brian Eno, the slow burning album opener “Become the Warm Jets” reflects on the power of music and the overwhelming feelings that hit when “that old song starts to play.” Later on, in “My Nights are More Beautiful Than Your Days” (named after a film by French director Andrzej Żuławski), Rattigan’s haunting vocals acknowledge the futility in trying to outrun one’s past. While most artists would draw influence from other musicians, Rattigan, a cinefile, is inspired by the works of several different directors. The vibrant, dark tone of the album is set to reflect the films of German new wave director Rainer Werner Fassbinder and the slow burning pace of the Belgian art-house filmmaker Chantel Akerman.

As with his previous releases, Rattigan made most of A Different Age alone with a single guitar, drums, a loop pedal, and his laptop. After testing out many of the songs for the first time on the road and at sold out DIY shows in each of the cities he’s lived in, Rattigan consciously tried to distill the passion and spontaneity of his live performance into his recordings. He chose to leave many of the tracks desolate and sparse in an effort accentuate the emotional nuances of his performance. He also brought in label-mate Robert Tilden of BOYO to help record “Become The Warm Jets” and “A Different Age,” before eventually mixing and mastering the album on his own. 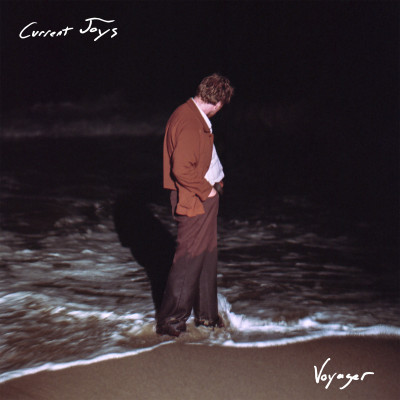