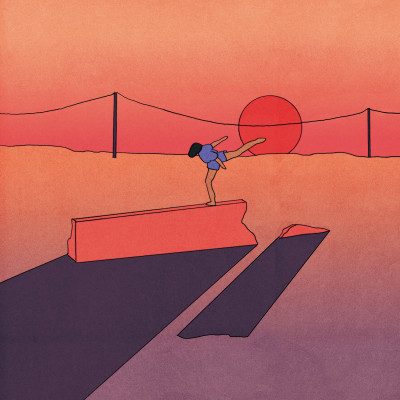 Melina Duterte is a master of voice: Hers are dream pop songs that hint at a universe of her own creation. Recording as Jay Som since 2015, Duterte’s world of shy, swirling intimacies always contains a disarming ease, a sky-bent sparkle and a grounding indie-rock humility. In an era of burnout, the title track of her 2017 breakout, Everybody Works, remains a balm and an anthem.

Duterte’s life became a whirlwind in the wake of Everybody Works. After spending her teen years and early 20s exploring an eclectic array of musical styles—studying jazz trumpet as a child, carrying on her Filipino family tradition of spirited karaoke, and quietly recording indie-pop songs in her bedroom alone—that accomplished album found her playing festivals around the world, sharing stages with the likes of Paramore, Death Cab for Cutie, and Mitski.

In November of 2017, seeking a new environment, Duterte left her home of the Bay Area for Los Angeles. There, she demoed new songs, while also embracing opportunities to do session work and produce, engineer, and mix for other artists (like Sasami, Chastity Belt). Reckoning with the relative instability of musicianhood, Duterte turned inward, tuning ever deeper into her own emotions and desires as a way of staying centered through huge changes. She found a community; she fell in love. And for an artist whose career began after releasing her earliest collection of demos—2015's hazy but exquisitely crafted Turn Into—in a fit of drunken confidence on Thanksgiving night, she finally quit drinking for good. “I feel like a completely different person,” she reflects. Positivity was a way forward.

The striking clarity of her new music reflects that shift. After months of poring over pools of demos, Duterte, now 25, essentially started over. She wrote most of her brilliant new album, Anak Ko—pronounced Ah-nuh Koh—in a burst during a self-imposed week-long solo retreat to Joshua Tree. As in the past, Duterte recorded at home (in some songs, you can hear the washer/dryer near her bedroom) and remained the sole producer, engineer, and mixer. But for the first time, she recruited friends—including Vagabon’s Laetitia Tamko, Chastity Belt’s Annie Truscott, Justus Proffitt, Boy Scouts’ Taylor Vick, as well as bandmates Zachary Elasser, Oliver Pinnell and Dylan Allard—to contribute additional vocals, drums, guitars, strings, and pedal steel. Honing in on simplicity and groove, refining her skills as a producer, Duterte cracked her sound open subtly, highlighting its best parts: She’s bloomed.

Inspired by the lush, poppy sounds of 80s bands such as Prefab Sprout, the Cure, and Cocteau Twins—as well as the ecstatic guitarwork of contemporary Vancouver band Weed—Anak Ko sounds dazzlingly tactile, and firmly present. The result is a refreshingly precise sound. On the subtly explosive “Superbike,” Duterte aimed for the genius combination of “Cocteau Twins and Alanis Morissette”—“letting loose,” she says, over swirling shoegaze. “Night Time Drive” is a restless road song, but one with a sense of contentedness and composure, which “basically encapsulated my entire life for the past two years,” she says—always moving, but “accepting it, being a little stronger from it.” (She sings, memorably, of “shoplifting at the Whole Foods.”) Duterte focused more on bass this time: “I just wanted to make a more groovy record,” she notes.

The slow-burning highlight “Tenderness” begins minimally, like a slightly muffled phone call, before flowering into a bright, jazzy earworm. Duterte calls it “a feel-good, funky, kind of sexy song” in part about “the curse of social media” and how it complicates relationships. “That’s definitely about scrolling on your phone and seeing a person and it just haunts you, you can’t escape it,” Duterte says. “I have a weird relationship to social media and how people perceive me—as this person that has a platform, as a solo artist, and this marginalized person. That was really getting to me. I wanted to express those emotions, but I felt stifled. I feel like a lot of the themes of the songs stemmed from bottled up emotions, frustration with yourself, and acceptance.”

The title Anak Ko is the Filipino phrase for “my child.” It was inspired by an unassuming text message from Duterte’s mother, who has always addressed her as such: Hi anak ko, I love you anak ko. “It’s an endearing thing to say, it feels comfortable,” Duterte reflects, likening the process of creating and releasing an album, too, to “birthing a child.” That sense of care charges Anak Ko, as does another concept Duterte has found herself circling back to: the importance of patience and kindness.

“In order to change, you’ve got to make so many mistakes,” Duterte says, reflecting on her recent growth as an artist with a zen-like calm. “What’s helped me is forcing myself to be even more peaceful and kind with myself and others. You can get so caught up in attention, and the monetary value of being a musician, that you can forget to be humble. You can learn more from humility than the flashy stuff. I want kindness in my life. Kindness is the most important thing for this job, and empathy.” 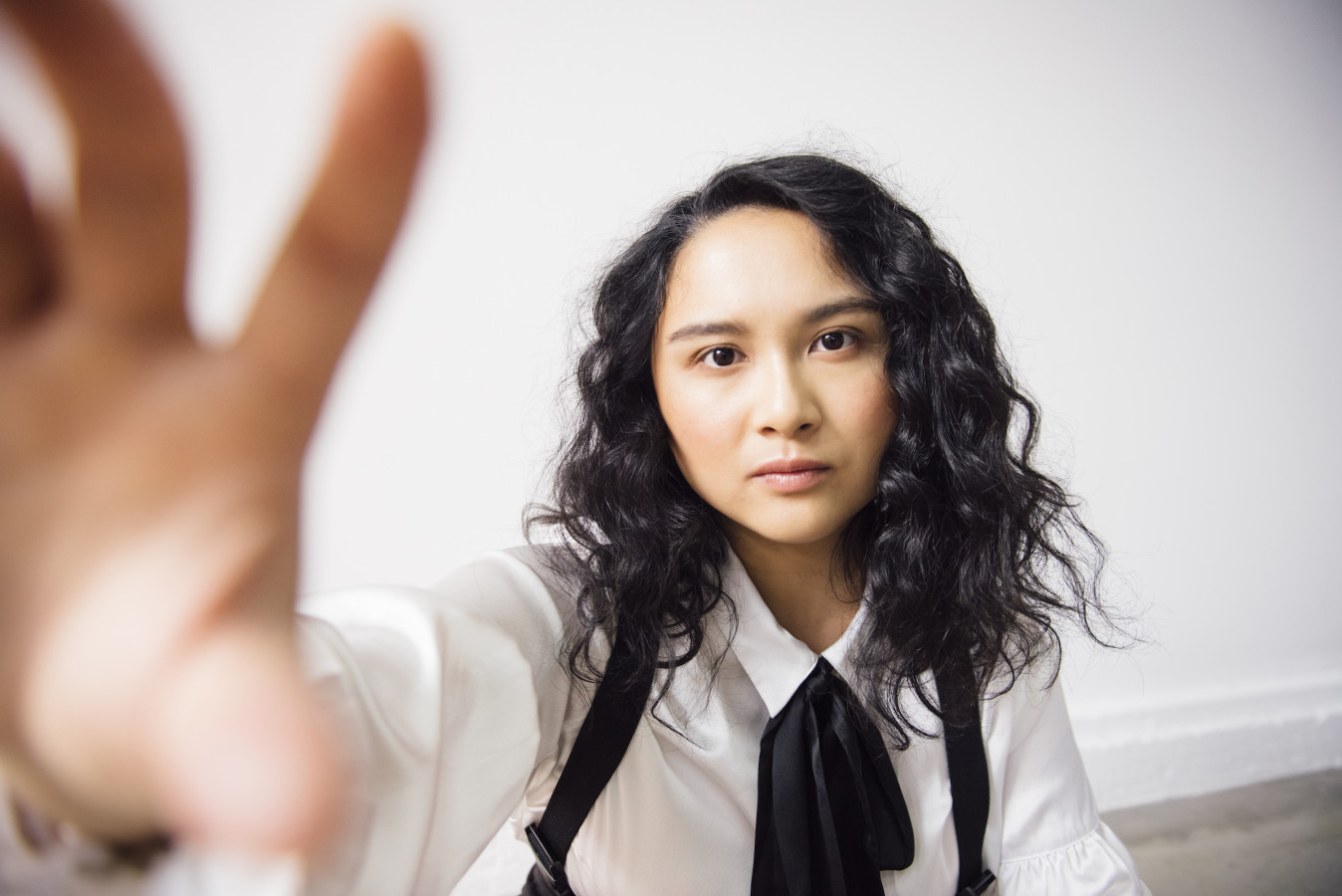