Virgil Shaw At the Time I Didn't Care 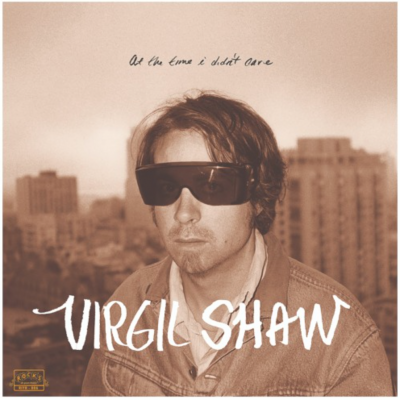 (Rocks In Your Head Records)

Following new releases from Sonny & the Sunsets and Fake Fruit, Rocks In Your Head Records announces the release of Virgil Shaw’s album At the Time I Didn’t Care out October 15th.

Beginning his career as a member of the high-energy, speed-pop band Brent's T.V. (who recorded two albums for Lookout Records), he later moved to San Francisco where he was a founding member of the band Dieselhed (Bongload Records) from 1992-2000. From there is work as a solo artist became laded with rich, evocative imagery, gothic storytelling and painterly detail. Recorded in San Francisco and the headlands north of the city, Virgil's new album captures the songwriter in a self-reflective awareness, touching on topics from dead and gone love to an absorbing recount of a feveristic dream. It features Henry Nagle (guitar/petal steel), Rusty Miller (drums/guitar/bass), Atom Ellis (vocals/bass), Danny Heifetz (vibraphones), and Whitney Shaw (vocals).

Virgil's arc angel yodelistic soul-singing can sound like a cross between Gram Parsons and Jimmie Rogers, and beneath that the band plays anything from the laid-back downer country of Kris Kristofferson or Fred Neil to a psychedelic ethereal dreamscape country sound as in the first single "Sharon."

The album criss crosses to a lonesome one man and his guitar wail on "Black Helicopter," which cracks like a distant cousin to Bruce Springsteen’s Nebraska, to the dark humor of Randy Newman in "Dancin Poodle," and even darker knife gut humor in a Jim Thomson-meets-Earnest Tubb song "Nightclub Killer”. “New Mid County Fair” is inspired by a silver 1940s bus Virgil once saw abandoned in an empty field during his school days in Humboldt County, whereas “The Valley” captures the feeling of a love lost.

Growing up in a large Northern California artist family, Virgil's grandfather drew cartoons for Walt Disney and his father was a pioneering ceramicist and part of the Bay area Funk movement. Shaw’s off kilter songwriting often feels connected to both that cartoonism and that Nut art/Funk art movement in its sometimes crude raw absurdity. Having known Sonny Smith (Sonny & the Sunsets) since his childhood and having played in the same Bay Area music circles for 25 years, this album finding a home on Rocks In Your Head Records makes perfect sense.

Four albums later At the Time I Didn’t Care reminds one of outlaw country, particularly early and eerie Willie Nelson. It’s a straight country record, nor a folk record, but something original and intangible between. 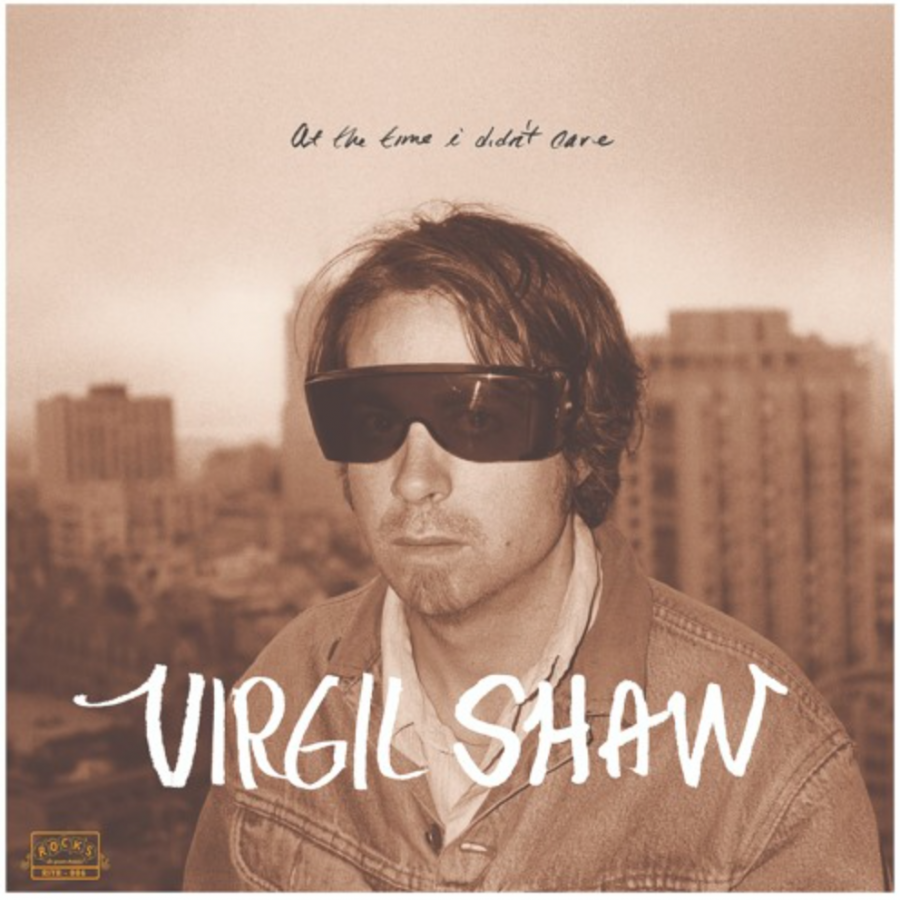 At the Time I Didn't Care

Rocks In Your Head Records