Playing a home show still feels special for The Beths, who have orbited in the fertile music scene of Auckland’s Karangahape Road since they were teenagers.

After building a loyal following through live performances and their 2016 EP Warm Blood, The Beths signed to Carpark Records and released debut album Future Me Hates Me in 2018. That album, full of fast riffs, catchy-as-hell hooks and self-deprecating lyrics, catapulted the band straight into a lengthy international tour that saw them support legends like The Pixies and Death Cab For Cutie as well as headlining increasingly large shows of their own. Drummer Tristan Deck, who had played with Pearce on other projects, came on board in 2019 during this wave of touring.

Jump Rope Gazers, released in July 2020, was a slower, yearning follow-up that still fizzes and sparks with pop-punk sensibilities, and was immediately seized on by both fans and music critics as a bright spot during a dark year.

It was named Album of the Year at New Zealand’s national Aotearoa Music Awards in 2020, as well as securing the band awards for Best Group and Best Alternative Artist for the second year running, following the success of Future Me Hates Me at the 2019 awards.

Auckland, New Zealand, 2020 is the band’s first live recording and showcases the infectious energy the band brings to every performance. The accompanying film makes the band’s deep bond clearer than ever, capturing the in-jokes they share with audiences during on-stage banter, and foregrounding their mutual preoccupations with the game of cricket and New Zealand’s native birds.

Stokes is responsible for The Beths’ nuanced lyrics, which reflect the various hues of friendships, relationships and trying to fight against your own worst tendencies. From there, the band workshops each song in Pearce’s Karangahape Road studio, swapping and manipulating parts and building the four-part harmonies that are a distinguishing feature of their sound.

After a southern hemisphere summer spent playing music festivals around New Zealand, new tunes are in the works as the band crafts its third album, which promises to be upbeat and positive: a direct response to a difficult 2020.

The anticipation is there in Elizabeth Stokes’ solo guitar riff under the opening lines of “I’m Not Getting Excited”: a frenetic, driving force daring a packed Auckland Town Hall to do exactly the opposite of what the track title suggests.

As the opener of The Beths’ Auckland, New Zealand, 2020 expands to include the full band, the crowd screeches and bellows. It’s a collective exhalation, in one of the few countries where live music is still possible.

The album title, and film of the same name, deliberately include the date and location, lead guitarist Jonathan Pearce says. “That’s the sensational part of what we actually did.” In a mid-pandemic world, playing to a heaving, enraptured home crowd feels miraculous.

In March 2020, everything seemed on track for another huge year for The Beths. Home after an 18-month northern hemisphere tour, they had just finished recording sophomore album Jump Rope Gazers and were primed for more extensive touring. But within days, New Zealand’s lockdown split the band between three separate houses. All touring was cancelled.

“It was existentially bad,” Stokes says. As well as worrying about economic survival, they lost something crucial to the band’s identity: live performance. “It's a huge part of how we see ourselves... What does it mean, if we can't play live?”

The band found an outlet through live-streaming, returning to the do-it-yourself mentality of their early days to connect with a global audience. The album and film have their genesis in that urge to share the now-rare experience of a live show, as widely as possible.

The fuzzy-round-the-edges live-streams pointed the way aesthetically. Native birds, wonkily crafted by the band from tissue paper and wire, festoon the venue’s cavernous ceiling while house plants soften and disguise the imposing pipes of an organ. The presence of the film crew isn’t disguised: much of the camerawork is handheld; full of fast zooms and pans.

With much of the material still fresh, the band was less focused on re-invention than playing “a good, fast rock show”, Pearce says. The tempo is up on crowd favourites “Whatever” and “Future Me Hates Me” (released as a live single on its third anniversary) as both band and audience feed off the mutual energy in the room.

Certain songs have taken on special resonance post-Covid. Pearce has found “Out Of Sight”, a tender rumination on long-distance relationships, hits particularly hard with live audiences.

Album closer “River Run” visibly brings Stokes to tears as a mix of achievement and relief kicks in. “You can finally relax at that point … You play the last note, breathe out a sigh and look up - and you’re in a giant room full of people happy and smiling.”

"Looking back on the strangest year in living memory for the world I am so grateful to have been able to experience live music here in NZ, a rare privilege. Somehow, through that time the musicians and audiences of Aotearoa /NZ felt closer and more supportive of each other, turned out in greater numbers and celebrated a diversity of talent. The Beths have recorded and filmed one of the pivotal events of the year, their concert at the Auckland Town Hall. Its high energy pop music for the ages." – Neil Finn (Fleetwood Mac, Crowded House, Split Enz) 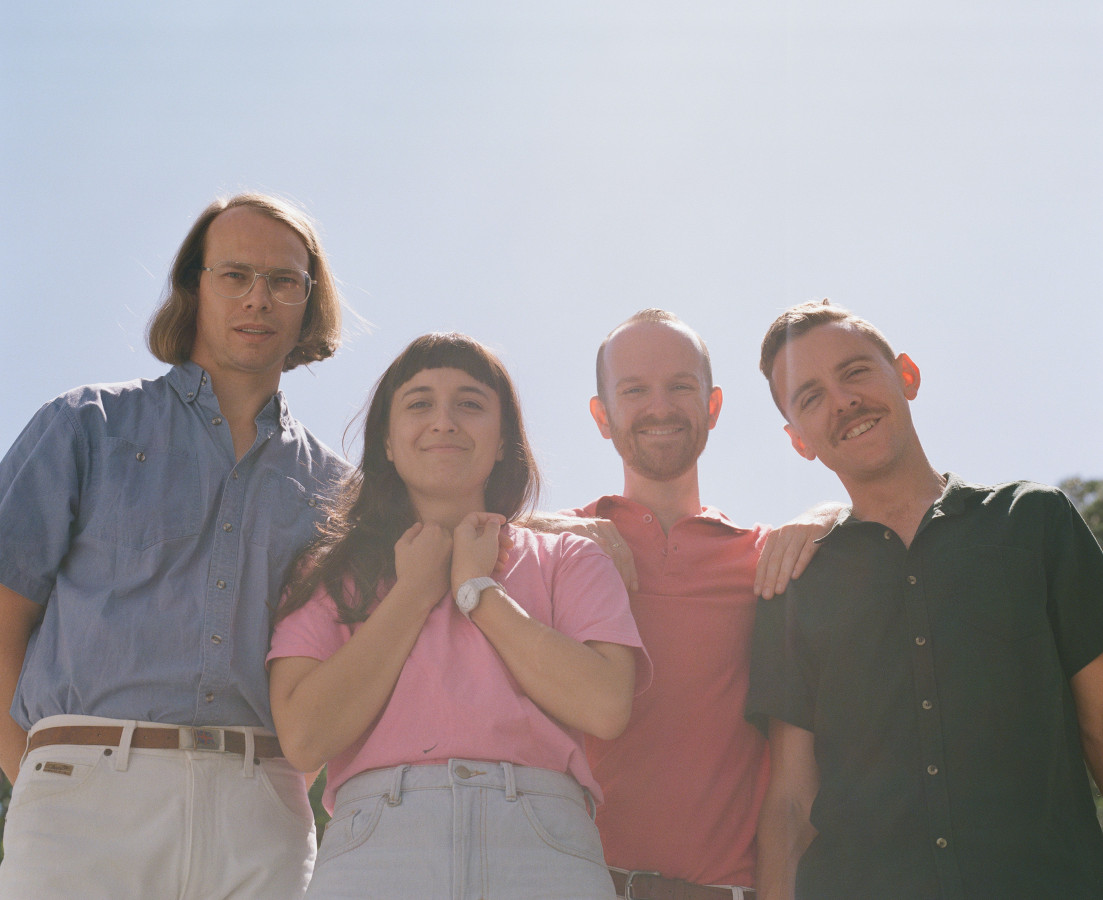