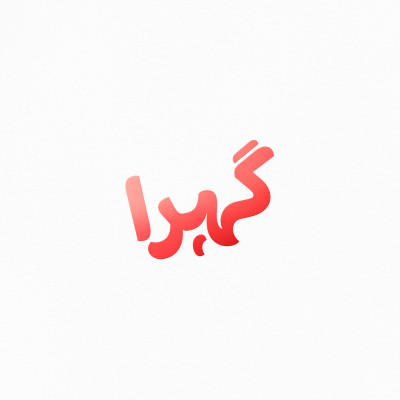 What do you do when pain blots out joy? How do you learn to take care of yourself? What happens when the things you think are helping end up doing the most harm?

When Deeper put out their self-titled debut in 2018, they weren’t ready to approach these questions; by their own admission, they were still trying to discover their collective voice. The group — singer and guitarist Nic Gohl, guitarist Mike Clawson, bassist Drew McBride, and drummer Shiraz Bhatti — were all graduates of Chicago’s rich DIY scene who came together around their love of Wire, Devo, Gang of Four, and Television. Clawson and Gohl were longtime friends who’d met in high school, and whose percussive, fractalized guitar lines already seemed like a private language. Bhatti learned to fit stipples of drumwork in where he could, while McBride gave the group its sense of locomotion. Deeper would take them out of the basement and on national tours with Rolling Blackouts Coastal Fever and The Districts, and they’d share the stage with Jeff Tweedy in Chicago.

When it came time to start work on their second album, hammering out the same sounds didn’t feel like enough. They wanted to find a way to alchemize the pressures, anxieties, and stresses they felt in their lives into their music.

Auto-Pain is an album about learning how to suffer. It’s also an album about learning how to feel better. The snow-gray synths that blow across the album suggest that it’s not always easy to see the difference. “The whole idea of Auto-Pain was taken from Brave New World,” Gohl says. “They have soma, which makes you feel nothing, but auto-pain makes you feel everything. Let’s feel everything and see what happens at the end of it.”

When Gohl talks about emotional maximalism, he means it. Throughout Auto-Pain, he doubles back on himself, repeating phrases the way you do when you’re trying to get through something awful: “It’s the willingness to ignore it” and “It’s alright, it’s alright” in “Willing,” “I just want you to feel sick” in “Lake Song.” It’s a reminder that repetition can be a calming mantra, but it can just as easily be a form of suppression, or an expression of confusion. “When I’m in my head, I’m completely fixated on one thing,” he says. “The whole idea of the record is being fixated on one thing: getting out of this hole you’re in.” “Sometimes you think you know what’s best for you, but a lot of times you don’t,” McBride adds.

Auto-Pain was initially conceived as a concept album linked together by broken textures, ambient passages, and clinging noise. As the songs began to take shape, the concept faded away, but the lessons it brought about pacing and negative space didn’t. “Because we did start off with it as more of a concept record, we focused less on ‘filling’ the songs,” McBride says. A new kind of democracy took hold. Gohl elaborates: “This one is more focused on ‘How can we make it sound good’ instead of ‘How can we focus on making sure everyone is playing something cool?’”

Though it retains some of the resolute guitar work of Deeper, Auto-Pain also finds the band embracing open space, using synths to create shadows where bricks of guitars would’ve blocked out the sun. While it’s still within the Great Lakes post-punk tradition of their debut, the album isn’t as insular as its predecessor; it’s less interested in piledriving and more willing to dwell in liminal spaces. Bhatti, who is half-Pakistani and half-Native American, embraced the drumming patterns he’d heard growing up at pow-wows, channeling the anxieties of his heritage into his playing and keeping the group grounded when they switch into all-out percussive attack.

Auto-Pain’s cover, which is decked in Urdu in homage to Bhatti’s family, features an image of Northwestern Prentice Women’s Hospital in Chicago, a modernist architectural oddity that was demolished in 2015. In addition to capturing something of the band’s rounded-off brutalism, the image of Prentice — and of Rush Hospital, which appears on the cover of the “Run” single — is meant to evoke the twinned suffering and healing that went into the making of the album.

Even so, the questions Deeper were learning to articulate took on a new reality as the band recorded Auto-Pain. Michael Clawson’s increasing struggles with his mental health had begun to take a bigger and bigger toll on him, and on his ability to relate with his bandmates. He left the group during the recording; the rest of the band moved on, finishing the album as a trio. A short time later, he died by suicide.

“It was progressively getting worse, [though] he didn’t leave the band specifically because of his mental illness,” McBride says. “ I think it made it harder on all of us when he took his life, not being able to have that closure.” “I looked up to him a ton when we were growing up,” Gohl adds. “He’s a little bit older than me and he made my passion for music so much stronger. He was the light when you’re growing up with people you don’t really vibe with. I met him in high school and it was like, ‘This is a homie for life.’”

Their shared experience of this tragedy is reflected on the record in a variety of ways, and although the songs were largely written before Clawson's death and his guitar parts can be heard on several tracks, his presence is felt throughout by the members of Deeper. "The record is about depression, not just Mike’s," says McBride. "The themes became more real after he passed. I don't want it to sound like we were writing a record solely about him or that we are trying to frame this around his death, but we feel an obligation to memorialize him and honor his memory by bringing more awareness to these themes. The songs are supposed to be there for people that need help and for people who have someone who is struggling in their lives."

Auto-Pain is a searingly embodied exploration of how we manage to make it through our days. Generational trauma, mental health, fading friendships, the struggle to connect regardless — these are real concerns arising from real situations, with real implications. As such, it’s an album built on conflict and confusion, one that resolves into a kind of exhausted rebirth.

“The record is the healing,” McBride says. “Actually going through being sick and really needing help and the process of actually getting it down — [it’s] the catharsis, or the release.” And that’s why, whether it’s going blind with static or blinking in a new dirty light, as in “Spray Paint” and “Warm,” the album never loses its sense of possibility — and with that, hope, if not for a return to normalcy, then for a safe arrival at a new normal.

Auto-Pain was recorded in Chicago by Dave Vettraino, and will be released on March 27, 2020, via Fire Talk Records. 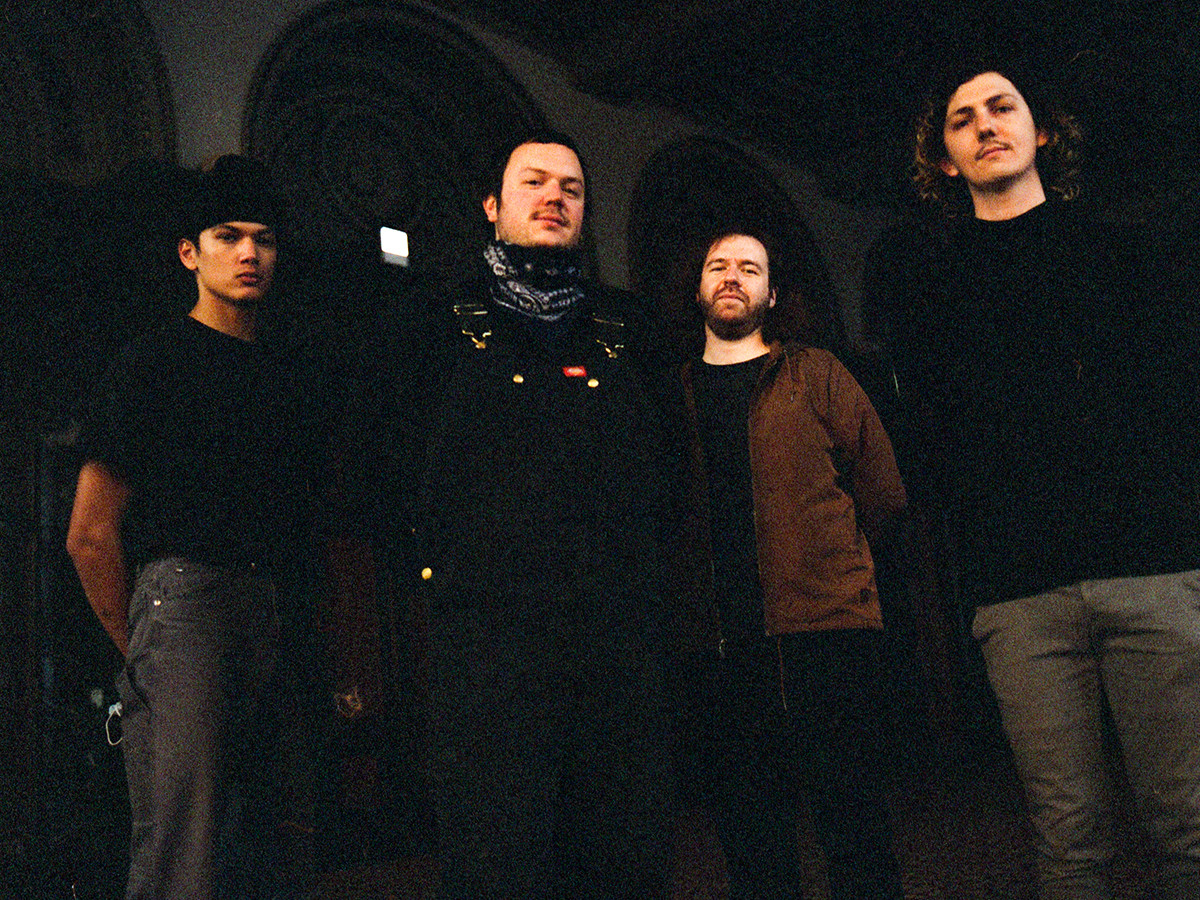 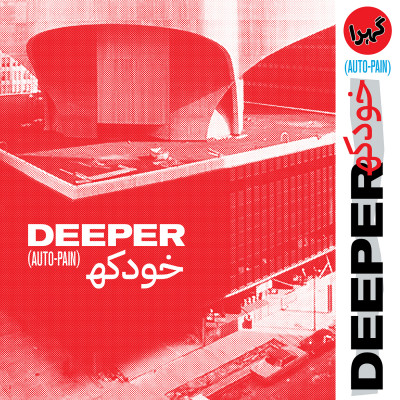 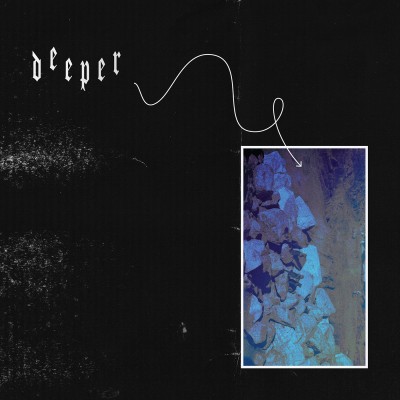