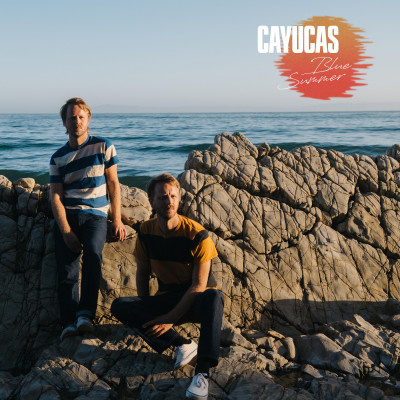 A return to musical roots is a time-honored tradition for many established artists who have endured for the better part of a decade. Forming and shaping an identity can take an album or two, and perpetuating forward motion while perfecting a sound can take another. Sometimes a swerve gets thrown in, an unseen obstacle sets itself in the middle of a path, or an experiment or two get eked out for one reason or another. But oftentimes by this point in a career an itch pops up to circle back to where it all began in order to do what the artist does best. And so, for their fourth album as Cayucas, brothers Zach and Ben Yudin are heading back to the beach—in other words, to the sunny, vibrant, melodic rock from which they first paddled out.

A year or so on from their third album Real Life and nearly a decade since their debut, Bigfoot, in the summer of 2019 Cayucas sat down to take stock of their lot. With Real Life they had achieved a bigger, poppier, more bombastic sound; before that, with 2015’s Dancing at the Blue Lagoon, they had explored a moodier and more artsy terrain. Bigfoot had put them on the indie pop map with its catchy songwriting, buoyant rhythms, and singalong choruses, with lyrics celebrating the bright, coastal Californian life and all it has to offer. And so, dipping back into the creative juices still firmly flowing following the Real Life recording process and tour, the Yudins got started on a new album with a familiar tinge.

“We were on tour and I had the idea to write a song called ‘Blue Schwinn’ to get back to our roots,” Zach says. “We had this mantra: Back to the beach. That kickstarted the creative process. We were listening to a ton of Beach Boys music, fantasizing about living coastal again, and writing songs reminiscent of the original demos I wrote for Cayucas back in 2011—that’s kind of our base. For the first time in a while that idea felt really fresh and exciting; let’s go back to what really worked for us as songwriters and felt special, and what was most authentic for who we are as artists. To write songs that hearken back to where it all started now feels really good again.”

Inspired by that directive, the classic Pet Sounds and Smile Beach Boys sessions, the rhythmic groove of Jan & Dean, and an actual baby blue Schwinn bicycle Zach had owned when the band was going by the name Oregon Bike Trails ten years ago, the brothers began writing new material last fall. Digging up old drum loops, bass lines, and other samples from the personal Cayucas sound archive to pair with newly composed guitar riffs, vintage reverb effects, and other sonic elements, they quickly pieced together a few dozen short song ideas. “Blue Schwinn” was soon retitled “Summer Moon” and would be the first complete tune recorded for a new album, but despite the change its nostalgic Santa Monica/beach cruiser vibe remains. “I love a strong sense of nostalgia in a song, and a vintage baby blue Schwinn just creates the mood for me,” Zach says.

Working completely on their own in their home studio in Highland Park, Los Angeles, over the final weeks of 2019 and the first few months of 2020, they recorded three more similarly themed and toned songs. “From the Rafters” was rebuilt from a 2015-era demo unearthed by Ben that he says was originally a take on “Surfin’ USA.” “Yeah Yeah Yeah,” with its Brian Wilson meets Beck textures, is about the contradiction of the West LA fantasy rock and roll life—“I’m on a Peugeot in the Palisades”—juxtaposed with their regular guy roots. And the creation of “Malibu 79” perfectly illustrates the brothers’ working dynamic: Zach began by throwing everything he could at the wall, including a theremin track, then stepped aside for Ben to determine what had stuck. At that point an album with a clear identity was beginning to take shape, fueled by their rediscovered sound as well as a consistent work ethic.

“Very rarely do we have major differences,” Ben says. “The songs can be very different but they have to feel cohesive in order to work together conceptually on an album.” “We work on music every day, slowly chipping away,” Zach adds. “That’s how we feel productive. Plus we’ve gotten a lot better at songwriting over the last five years, so now we feel like we can turn those old demos into better songs. We use what we call our blink reaction while listening to music we write; your ‘blink’ works even better if you’re not as connected to the song. It’s about being honest and asking which section could be better. It can be a hard question to ask because it means it’s not finished.”

The band continued writing, revisiting, and recording at home throughout the spring of 2020—performing essentially every discernible task for the album short of mastering. The gem “California Girl” jangles and sparkles like the sun glinting on the sheet glass of the Pacific, with its veritable checklist of Golden State highlights woven through a classic “boy spots girl” narrative, while “Red-Yellow Bonfire” is a nostalgic, impossibly catchy acoustic groover ready-made for beachside campfire singalongs. And while at first listen the tracks may seem to simplify the glory of a sunny SoCal day, there is typically a slight pang or sense of longing present in the lyrics, such as with the line “it used to be easy—back when it was easy” from “Bonfire.”

The eight tracks also mark the first time Zach will earn a producer credit for a Cayucas album. The Yudins’ studio, dubbed Corner Pocket, is filled with many vintage pieces of equipment, but a vintage reverb tank found in Japan and a DanElectro with space echo may appear on the album more than any other sound.When it came time to title the record, only one phrase seemed to capture the mood correctly. “The album is called Blue Summer, which is a lyric in the song ‘Malibu ’79 Long,’” Zach says. “It just felt right as a title. It was simple, classic and evokes the mood.

No matter your feelings about the warmest season, be sure that Cayucas will always be there to provide its perfect soundtrack. 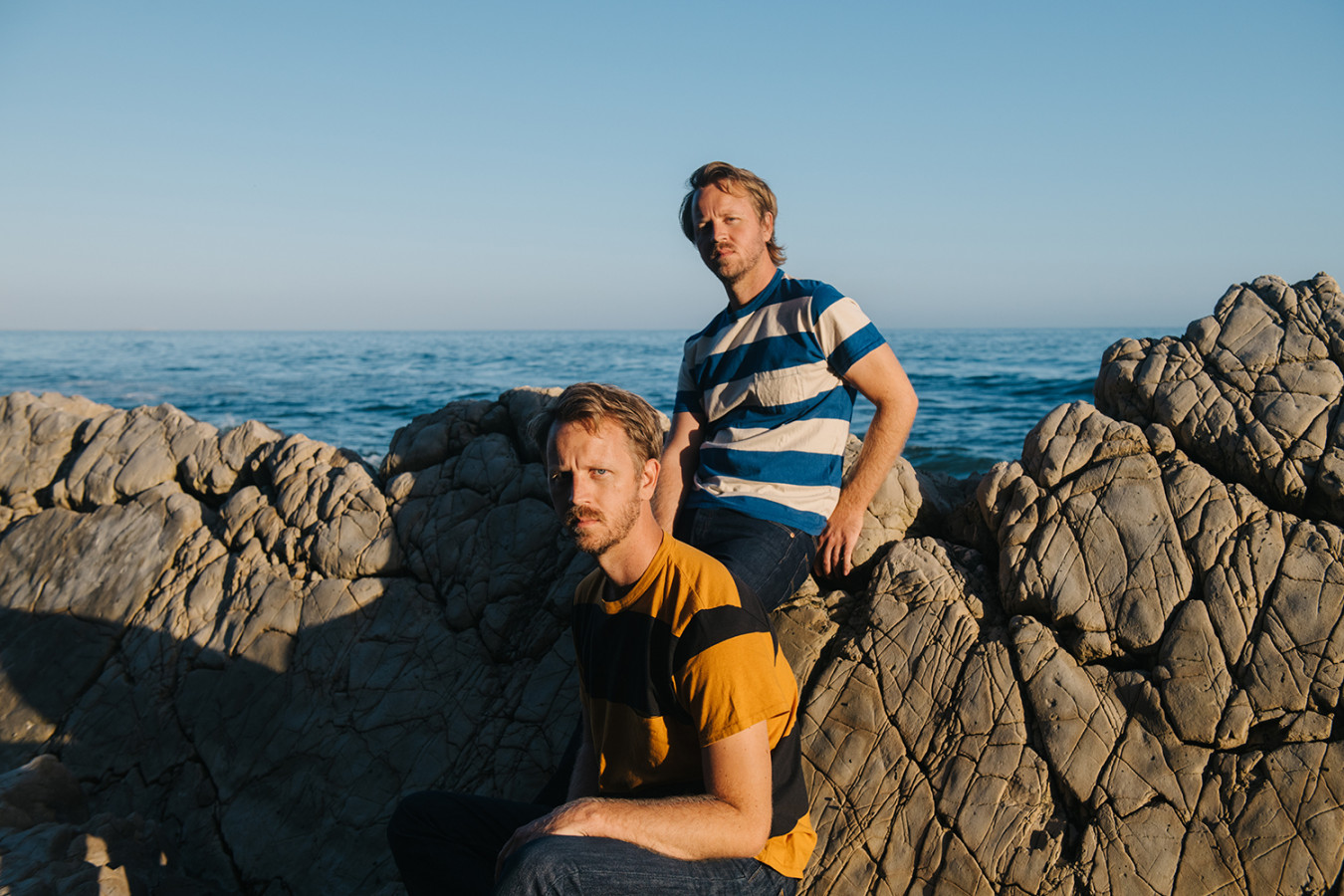 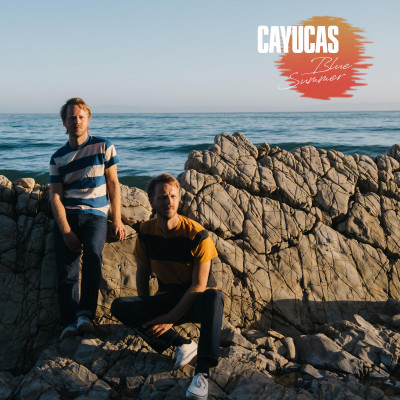 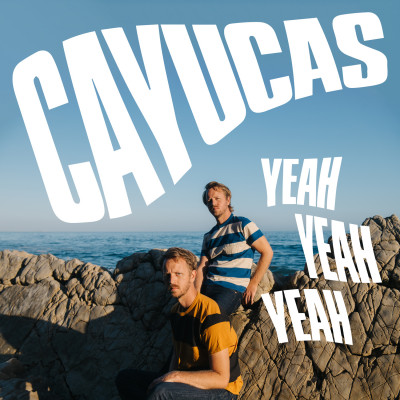 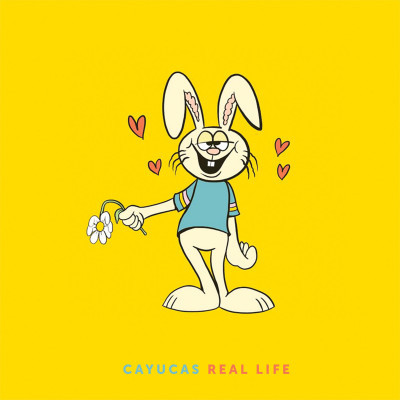 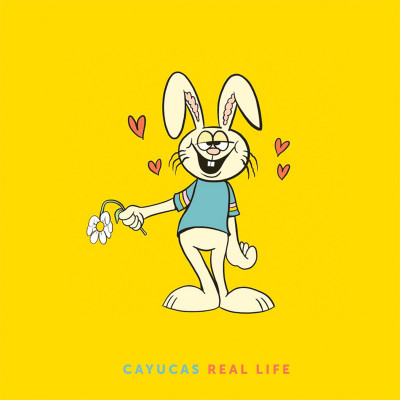