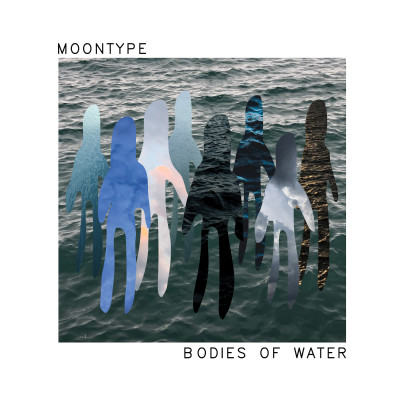 The three players in Chicago’s Moontype orbited each other for years before they came in phase. Bodies of Water, their debut album for local label Born Yesterday, documents travel, insecurity, friendship, and the titular element—all of which are representative of the band members’ strong connection to place and to one another. “Being rooted in the landscape became important to me while studying geology, which completely changed how I think about the world,” offers songwriter, vocalist and bassist Margaret McCarthy of the album’s central themes. The arrangements themselves feel like open-hearted negotiations; sparse fingerpicking gives way to saturated tube-screaming as naturally as the changing of tides. Over twelve tracks, Moontype revels in the woozy concoction of its many influences, but always lands on punchy hooks, shifting between arrangements both spacious and mystifying without abandoning their conversational warmth.

Conservatory students at Oberlin College’s prestigious music program, each member focused on exploring different sounds. Guitarist Ben Cruz, who came up on classic rock shredding and migrated into jazz performance, admired the indie pop of Fountains of Wayne, the groundbreaking composition work of pianist Vijay Iyer, and the genre-morphing folk of heavy hitters like Neil Young and Joni Mitchell. He played in several projects alongside Emerson Hunton, who’d drummed from age six and entrenched himself in the Twin Cities improvised music scene before even heading to college. Margaret—who grew up outside of Boston playing piano, singing in choirs and writing on guitar—spent her time creating knotty, riot grrrl-and-hyperpop inspired songs for bass and voice, as well as noise soundtracks for art installations. Inspired by artists like Adrianne Lenker and Gillian Welch, she recorded the EP bass tunes at home in an apartment over the town’s optician, releasing it upon graduation. A week later she migrated even farther west to Chicago, where Ben and Emerson had already enmeshed themselves in several projects, from avant garde ensembles to a country group.

Ben was instantly impressed by Margaret’s songs, at once “challenging and unlike anything I had played before.” The duo decided to try performing together, but knew this special music would be even better fortified with drums. Emerson was the obvious choice—as Ben puts it, “He’s our great friend and also the best drummer we know. Who else do you call?” Moontype-as-trio gigged around town, eventually embarking on a first fall tour in Emerson’s Prius. On that trip, they felt the music morph into something living, and the care and trust between them intensified. They decided to put together songs for a record, recorded at the end of 2019 with Jamdek Recording Studio’s Doug Malone, a dependable collaborator whose patient process perfectly captured the magic of their newfound familiarity. While Margaret’s skeletal demos still informed the bulk of Moontype’s full-band debut (some of which are re-recordings of bass tunes cuts), the resulting arrangements are songs reborn and strengthened by the three musicians’ absorption of one another’s ideas.

On Bodies of Water, Margaret’s soothing, unadorned alto is often peppered by the gliding, eerie harmonies of her bandmates. “We love the act of singing together,” explains Ben, who describes it as “connecting and grounding and wholesome.” The push-pull search for common ground characterizes the instrumentals as well. Round basslines occupy higher octaves, trading space with guitars chugging in lower registers, and all the while drums break apart and glue back

together in idiosyncratic grooves that never lose the pocket. Of the complicated rhythms that sometimes result: “Any mathy moments are based on how the lyrics fall naturally, which feels like it frees us up from having to stay in one time signature,” says Emerson. “Rhythmic elements never feel like they’re being added in, more like they’re already there and we just float on through.”

Touring’s restlessness informed these songs, but so did the DIY scene that welcomed Moontype to Chicago—including, according to Margaret, the “wild harmonies” of Ohmme, the “deadpan explanatory rock” of Ratboys, and the “luxe math rock pattern music” of The Knees. Working at beloved venue Sleeping Village inspired Margaret’s observational vignettes; “We are sitting at the desk and you are mixing all the bands,” she reports in the middle of the dextrous folk hammer-ons of “3 Weeks,” gently admitting, “I am trying to have fun and I am trying to get paid” in a world of bikes, trucks, and velvet. “About You,” a robust power-popper written about a post-gig romp around Richmond with artist Bebé Machete, opens with a Phair-ian quip: “Looking at you with my fuck me eyes / Do you wanna get inside of mine?” Meanwhile, the spectre of lost camaraderie looms over “Ferry,” an atmospheric and anthemic standout that questions, “If I’m not your best friend / then who am I to anyone?” Alongside water, this preoccupation with friendship is a focal concern lyrically, but the palpable love between Moontype’s players is essential in communicating that desire for connection, and all three members are dedicated to exploring sound and meaning organically and together. Care and generosity are at the core of Moontype, and Bodies of Water is a clever album full of insightful music, as cozily enveloping as it is incisively honest. 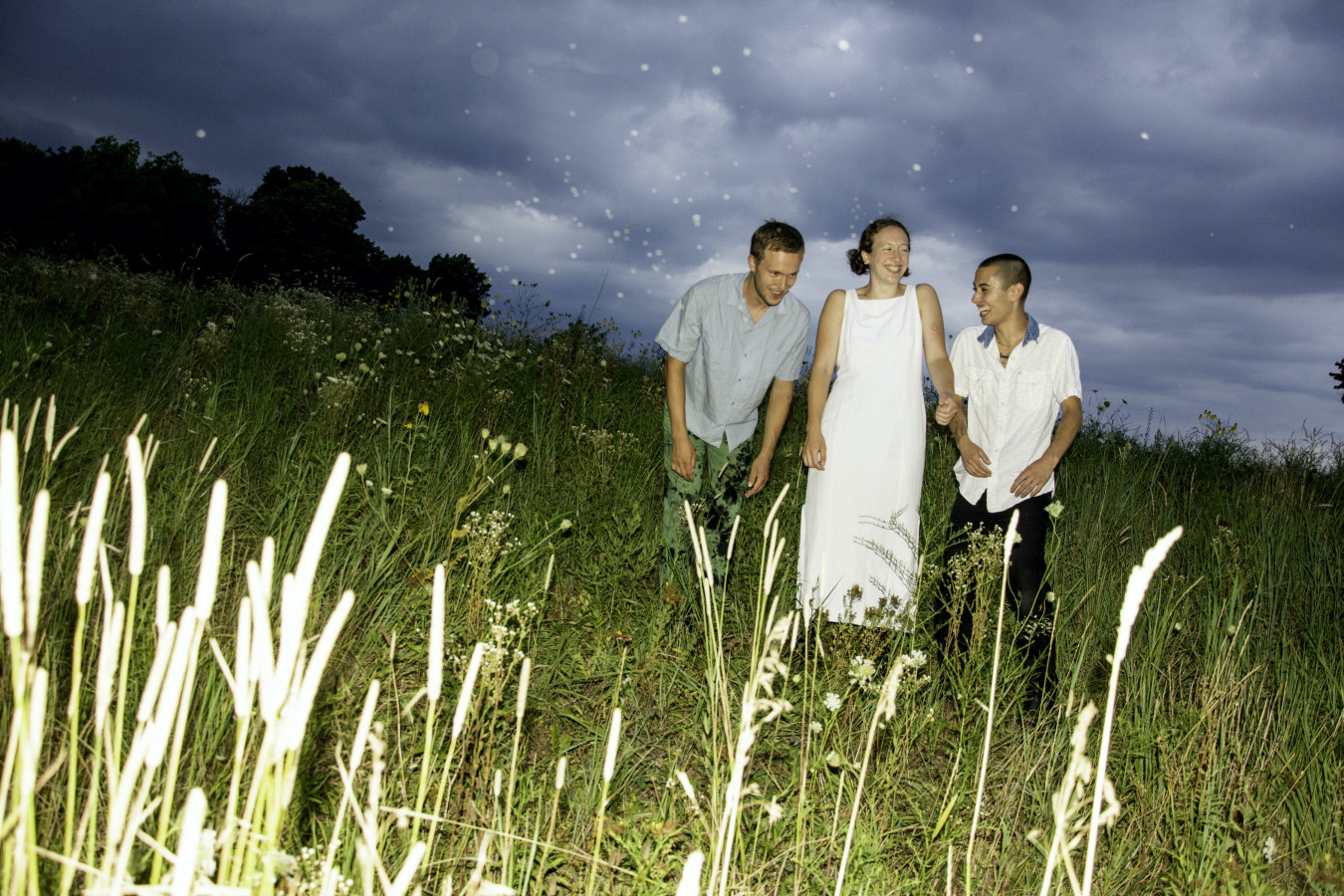