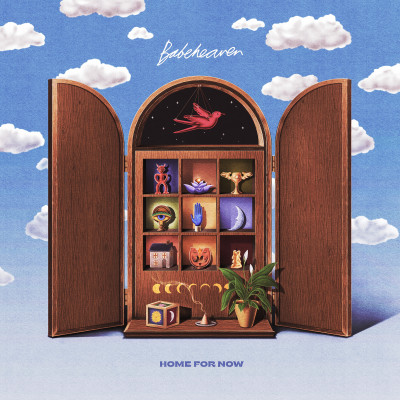 Whether we know it or not, we all rely on a little cosmic intervention to keep our lives on an even path, to put us in the rooms with the people we’re destined to meet and to show us the lessons that even hardship can bring. For Babeheaven, serendipity is more than a superstitious comfort – it’s the reason for their very existence.

The project of lifelong friends Nancy Andersen (vocals) and Jamie Travis (instruments and production), Babeheaven is the work of two creatives united by a similar outlook on life and the organic nature of true creativity. Introduced to one another after meeting aged 13 at a father-and-son football group (Nancy on the sidelines), they stayed in touch, and found their lives colliding once more as adults.

“That thing that everyone writes about us working in the same street is true,” says Nancy. “We really did end up walking past each other every morning at 9 am and every night at 6 pm, just hanging out in each other’s shops.” Jamie concurs with a laugh - “Yeah, and then we’d go back to my house and hang out and watch Gordon Ramsey.”

Both with musical tendencies handed down from their fathers - Nancy’s a commercial jingle writer, Jamie’s the founder of Rough Trade records – the pair soon found themselves working on tracks every evening, initially as part of a wider group but soon just the two of them when they realised just how much they had in common. “It was a pretty organic choice – me and my friend were making something together, and we got Nancy in because we knew she could sing,” explains Jamie. “Slowly, we decided to just do our own thing because we were hanging out so much, and we ended up with ‘Friday Sky’.

A smooth, haunting encapsulation of the dizzying effects of first love, ‘Friday Sky’ is a Babeheaven centrepiece in more ways than one, displaying their natural aptitude for putting emotions to record as well as their faith in fateful inspiration. “It was this hilarious thing – I got sent this random CD to the shop where I worked, with a note,” says Nancy. “It was two days before Valentine’s Day so I assumed I was being pranked, but it turned out to be this song that a ten-year-old family friend had written and sent to me because they’d heard I made music. We quickly decided to write our own Valentines song, but then we needed a name for the thing that we were putting it out under – it could have been just Nancy and Jamie, but we wanted to have a bit more fun than that.”

Since ‘Friday Sky’s’ 2016 release, the pair have certainly had plenty of fun. Impossible to put an exact finger on, their genre-evading music has amassed 15 million Spotify streams with support from all manner of laidback independent playlists, translating to sell-out headline shows at Bush Hall and Jazz Café as well as support slots for Loyle Carner, Cigarettes After Sex and Nilüfer Yanya. At the heart of West London’s thriving art and fashion scene, they have been able to call upon lifelong friends to bring their vision to life, part of an exciting new charge of young creatives on the rise.

“I like to think we’re fashionable people!” laughs Nancy. “I think we were just born at the right time almost – when we started making videos, we were able to look to three of our mates – Raf Fellner, Tegan Williams, Frank Lebon – who are all super creative, and just be like; “none of us have ever done this before, so why not learn together?” The mutual growth is a joy that Jamie can confirm – “Nancy now gets to wear all these amazing Molly Goddard dresses; I’ve literally known Molly since we were both one-year-old kids, playing in my back garden.”

A statement frock or two may well come in handy in the next phase of Babeheaven’s career. Having missed out on their opportunity to tour the US (rescheduled for early 2021), the pair make the best of lockdown by throwing themselves into recording, crafting what would become their debut album. Four years in the making, it’s an encapsulation of all the relationships, good and bad, that have shaped their lives to this point – friends, family, partners past and present. But you won’t find an abundance of diss tracks here – instead, it’s a rich tapestry of growth and learning, not least in Nancy’s own reconciliations with self-love and insecurity.

“As a person of colour and a plus-size woman, I’ve never felt that comfortable with myself as a performer,” she says. “When we first started making music, it just hadn't even crossed my mind that I'd have to be someone who took up that kind of space, so over lockdown I've had a lot more time to think about how I want to be perceived on stage.” Having had her first-ever singing lesson just before lockdown, her teacher informed her that things would get a lot easier if she just remembered to breathe.

“I used to have really bad anxiety before a show - plunging straight into a song and not looking up until the end of the song where I can look around for affirmation from everyone in the band and crowd.” She says. “It’s been really valuable to work on remembering that I’m on that stage for a reason, particularly as a person of colour. I think it’s important for an alternative band to be fronted by somebody you wouldn’t normally see - I don’t need to be over-sexualised, or our music to be put into a box of R&B, just because of my skin or body type.”

Finished in a time of global upheaval, the record itself could have easily become a simple mediation on the pressures of a pandemic, but in Nancy’s own words, “nobody wants a whole album about us being stuck indoors for four months”. Instead, they took the opportunity to throw the metaphorical windows wide, polishing up older fan favourites and making use throughout of Jamie’s collection of foley sounds captured from all over the world. Tweeting birds and pulsing alarms offer urgency to ‘Swim In The Thames’ inner-city melancholia, while snatches of laughter and static frame ‘Human Nature’, a brooding song about Nancy’s struggles with Instagram comparison. Always striking a balance of calming euphorics, their music actively benefits from its outwards gaze, drawing the listener into an immersive world.

“It just gives a real sense of feeling – listening to something on headphones and never being quite sure what’s in the environment or what’s on the song” agrees Nancy. “Both of us get pretty stressed out by anything too over-produced - if you listen to a pop song and the vocals are too compressed, it's just horrible sounding. We really wanted the listener to be able to feel the world around them, even if they were just in their living room.”

While the world remains unsure of exactly how long they’ll be confined to their living rooms, Babeheaven’s debut proffers a comforting sense of honesty, stretching out a hand to mean something a little different to each and every listener. “If it’s a personal experience of mine, I’m happy to share it – we’ve written songs about each of our mum’s passing, and it’s a real relief to get some of those emotions off your chest,” says Nancy. “I know I should probably just go to therapy, but whatever works! That said, I think it's nice to write from a more gentle perspective, where people can take it on for themselves. Once your music is out in the world, you kind of have to give it away so that people can own it however they want to. The important thing is that it’s just a true amalgamation of everything we’ve gone through the past few years - everything that makes us human.”

Whatever Babeheaven’s album makes you feel, you can trust that it’s come into your life at exactly the right time – just the way the universe intended it. 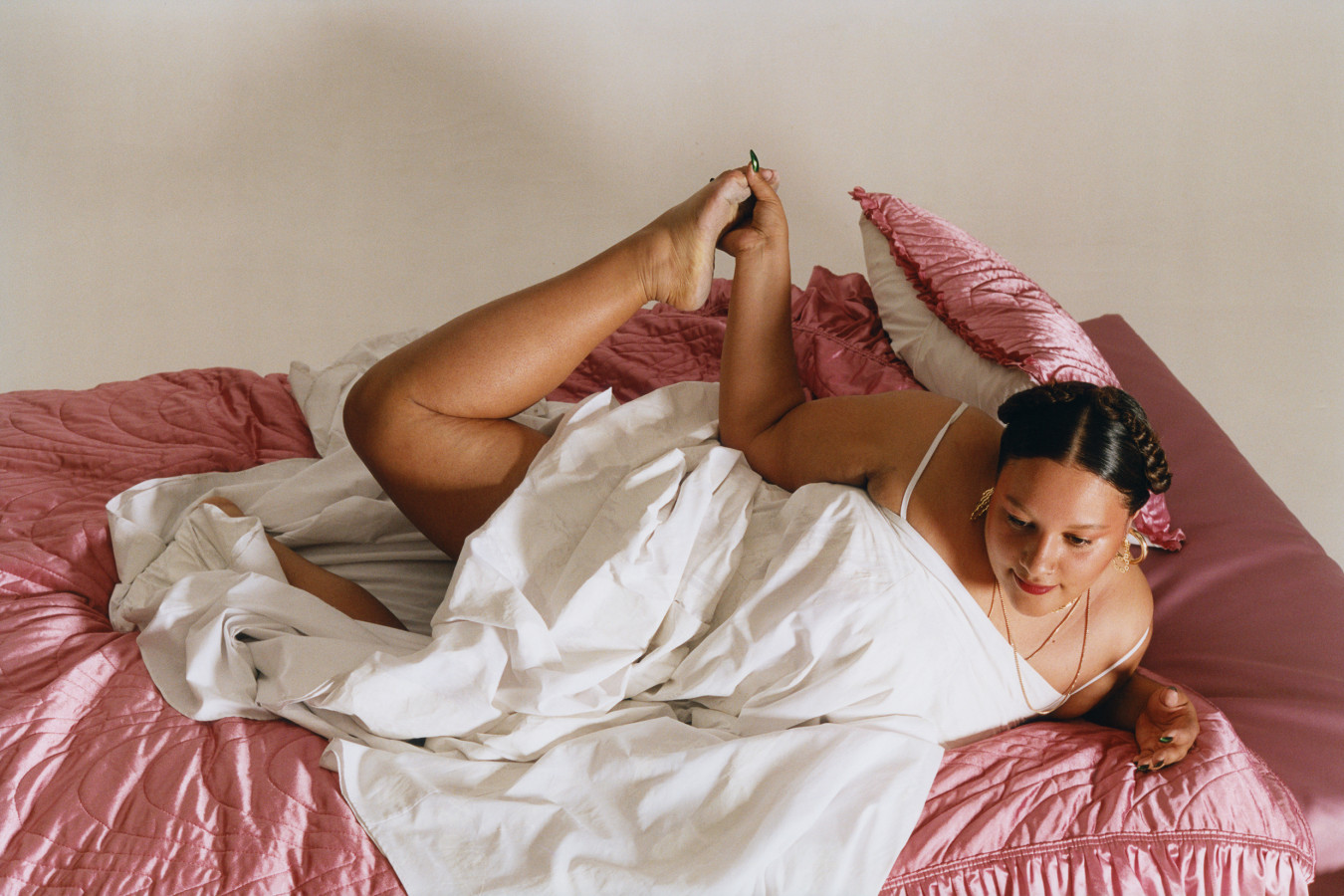 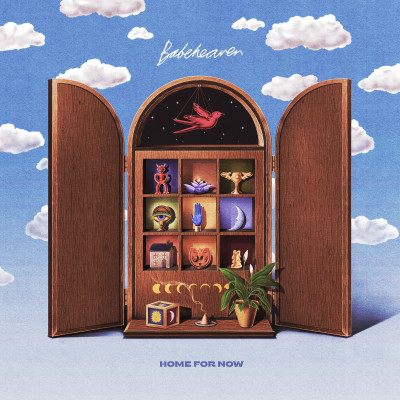