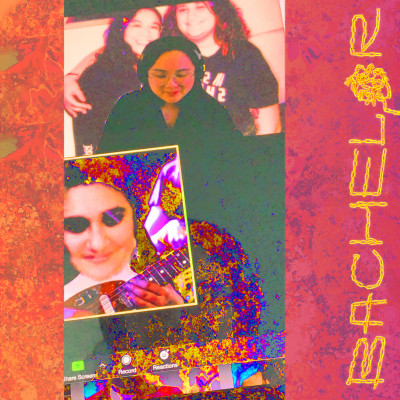 Bachelor, the new project from Melina Duterte (Jay Som) and Ellen Kempner (Palehound), is not a band, it’s a friendship.

You could say the friendship began in 2017 when Duterte and Kempner first met in a Sacramento green room and experienced love at first sight. Having been mutual fans of each other for years at that point, putting each other's songs on playlists and scouring YouTube for live videos, they both remember starting that night as nervous wrecks intent on making a good impression. That proved extremely easy, and their anxious facades quickly faded into geeky fandom as they unabashedly yell-sang lyrics from the crowd during each other’s sets.

A year later, Kempner visited Duterte’s home studio in Los Angeles to mess around and record for fun. They hadn’t really hung out much since the two shows they did in 2017, but they kept in touch by hesitantly texting and replying to Instagram posts. Now together in LA, the jitters Kempner and Duterte fought the first time they met were back, but this time they weren’t born of insecurity, but of excitement. The two spent a few hours writing and recording their first song together, “Sand Angel,” a seductive slow-burner that unfurls like a lucid dream. Kempner’s arid lead vocals are punctuated by Duterte’s spry harmonies, lending the track a rare dynamism that could only mean one thing: they had to write an album together.

In January of 2020, the duo packed the entirety of Duterte’s recording equipment into two cars and headed to a rental house in Topanga, CA where over the course of two weeks, they wrote and recorded their debut album Doomin’ Sun. The house had a living room with a baby grand piano in it which they turned into a live room by pushing all the furniture against the walls and setting up drums and amps. The ad hoc studio set up offered the comfort required for ideas to flow freely, uninhibited by any preordained schedule.

In this space, Kempner and Duterte hybridized their individual songwriting talents, producing a collection that slips between moods with ease and showcases their lyrical prowess. On the bass-heavy rock song “Stay in the Car,” the duo paint a yearning portrait of a woman in a supermarket parking lot, a barely-contained desire oozing out of cotidian descriptions like: “She burns out of the market/ Plastic bags digging into wrists/ Blood stuck in her fingertips.” The heavy bass makes another appearance on “Anything At All,” a track with a chorus so playful it could be a schoolyard taunt, defying the darker lyrical themes heard on the verses.

A typical day at the house in Topanga consisted of the two late-sleepers slumping down to the kitchen at around 11AM to drink canned ice teas and make lunch before they started messing around with instruments, crafting pitch riffs and chord progressions. After Kempner and Duterte sussed the form of the song and tracked the basics, they’d spend a couple of hours apart. During that time, Kempner wrote lyrics in the backyard treehouse while Duterte worked her producer magic, or Duterte wrote lyrics on the back patio while Kempner came up with guitar parts. When they regrouped, the duo shared what they’d worked on, made dinner, and watched an unreasonable amount of TV for the rest of the night.

About halfway through their stay in Topanga, Buck Meek and James Krivchenia of Big Thief came by the house. Meek brought guitar pedals and a beautiful old Martin acoustic to generously lend to the project, and Krivchenia elevated a few of the songs by tracking drums while Duterte’s partner Annie Truscott (Chastity Belt) recorded strings to accentuate moments on the album. Aside from those contributions, Kempner and Duterte spent most of their time in isolation, a fitting precursor to the remainder of the year, but the songs on Doomin’ Sun are anything but isolating. These songs tell stories that will surely be recognizable to listeners, especially when they offer up interpretations of modern life. “Drivin’ on to the next town/ Keeping the rubber side down/ But the danger is in my phone/ And the drug of an endless scroll,” Kempner sings on the downcast, country-inflected “Sick of Spiraling.”

Kempner and Duterte had arrived in Topanga with no songs written and no solid plan, but after two short weeks, they had finished the 10 songs that make up Doomin’ Sun. That much work in so little time may sound exhausting, but it wasn’t, it was blissful and freeing. On the album’s powerful opener, “Back of My Hand,” it’s possible to hear echoes of Bachelor’s foundation in the opening verse, “I’m your biggest fan/ Got your song in my head/ And your poster’s above my bed,” but the song soon hits a more sinister register as it goes on, “You date the beauty queens/ I see their bodies in magazines/ Sharp jaw size 0 jeans/ I skip a meal/ I drink some tea.”

There was a lot of pain that went into the record, especially around themes of queerness and climate change inspired by the red skies and wildfires subsuming Australia at the time. However, when the duo did shed tears during the creative process, they weren’t tears of sadness, they were tears of laughter. When Kempner and Duterte look back on those weeks, what they remember first is shortness of breath and the inability to track vocal takes without falling to the floor howling. They couldn’t remember a time they’d ever been so delirious with creativity, so overwhelmed with joy. 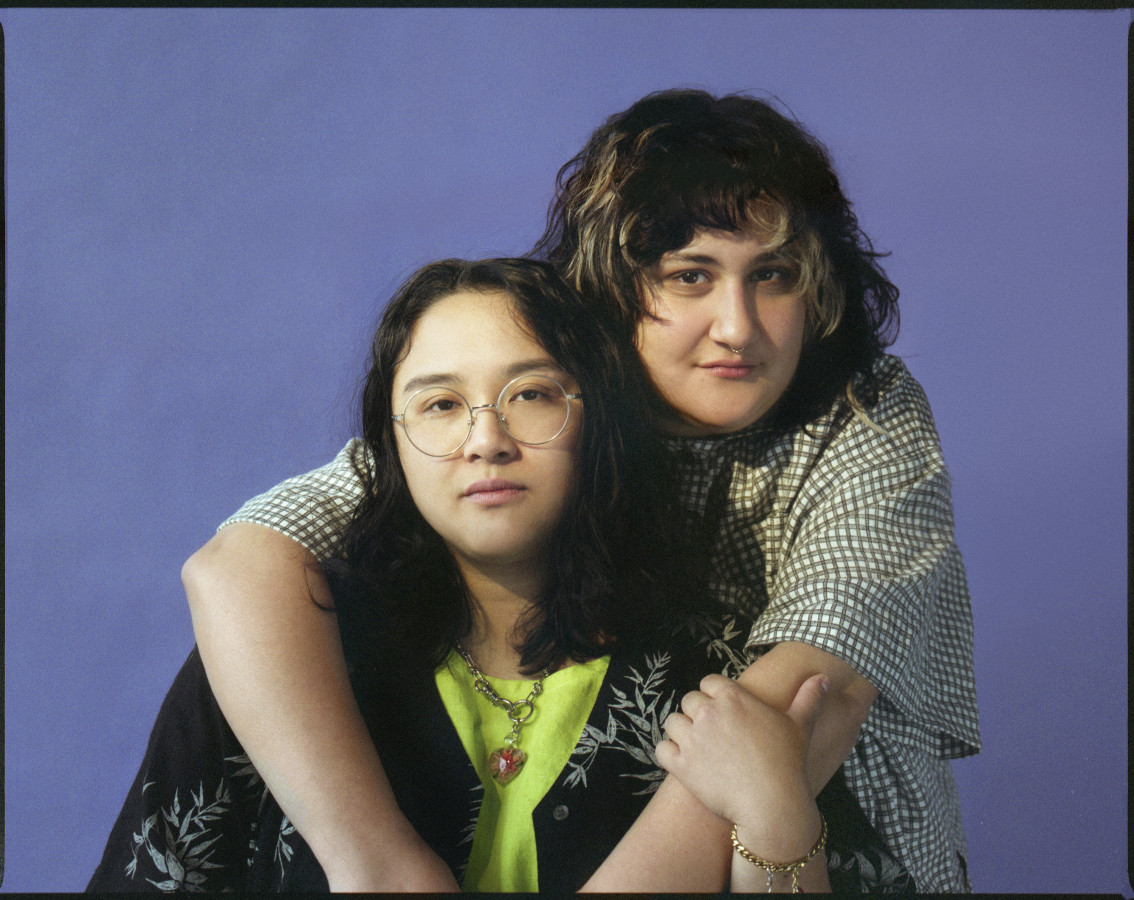