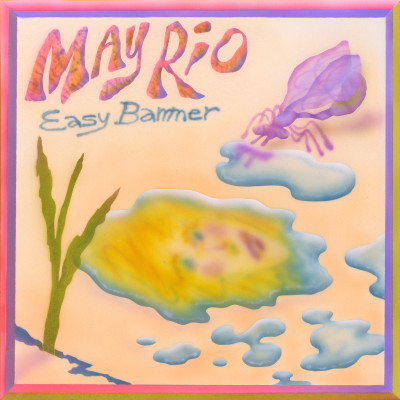 On a typical Thursday shopping at her local Food Bazaar, May Rio - aka May Sembera - met Tony 1, a songsmith and producer known locally for his work with avant-pop boy band, Tony or Tony. They hit it off, both a little buzzed on the low-hanging vapors of ambient car exhaust and pulverized ginger from the nearby juice counter. But it was not until a chance reunion in the back of a narrow Bed-Stuy dive that May suggested he produce her debut solo record, Easy Bammer, which May had recently begun work on. At the beginning of lockdown, May decided to sign up for a free three-month trial of the digital audio workstation Ableton, of which she says, “It was intimidating at first — I never have (and never will be) a computer person, but I was inspired by the music a number of friends had made with this program. I was pumping out demos, and at some point figured I may as well turn them into real records.” The blending of May’s beguiling ear-worm pop songs and Tony 1’s left-field production proved to be an initial success, enough so to plan more sessions.

Easy Bammer is inspired in part by May’s time touring with her band, Poppies. This time of transient couch-surfing is endemic to the DIY performer, the musician sentenced to serve as an advertisement for herself—to play the gracious guest, night after night, with free cheap beer and snacks-for-dinner-dining. This experience, described in the song “Party Jail,” is a groundhog’s day of early-20s hedonism where one must keep smiling through a hangover that inches towards delirium. But the kindness of these hosts and their patronage is not lost on May, either.

Such a life on the basement show circuit was already a distant memory by the time work began on the recordings that became Easy Bammer. The airborne menace known as COVID-19 would not only interrupt, but come to define the making of the project. With live shows no longer an option, these songs were developed alone in ad hoc home studios instead. This process made the idea of an actual party jail more appealing than it was initially meant to be, but such a taunting positivity is always the lair of the devil in the detail. This almost-seesaw feeling of “it sounds so fun” and “I’m getting tired” makes the unique and curious oddness of Easy Bammer a testament to feeling two ways at once and being okay with it.

The context of this record’s making also shows itself in the very personal and nearly diaristic in May’s songs; they flip the proverbial ‘indie/bedroom’ trope on its head—redefining the bedroom as vaguely more carceral, staunchly less-so a place of rest, and quietly more intellectual. They are not only about the taunting nature of a party jail, but about so many in/outs, yes’s & no’s. She sings, “Life isn’t perfect—but photos can be—Got a picture of you—it’s stuck in my head—I’m drowning in strangers’ beds.” And on “Butter,” she sings, “Simpler to be an echo than to talk—Fuck the police, everything’s fucked—Butter and oil to make it go down—Everything’s better with butter around and you got it.” On “Butter,” especially, the warmth of the song obscures what is ultimately a much less straightforward message than may appear at first glance; it is a song about finding yourself with what you want, and not feeling the composure or satisfaction that was imagined in the state of lack that preceded. Across Easy Bammer, the ‘simple’ and romantic feelings are not taken for granted, and they’re shown to always be more complicated in enriching and inspiring ways.

It is May Rio’s personality and deftness that ultimately shine and make her solo debut the unexpected journey that it is. It is intelligent like a riddle and catchy like an over-saturated cartoon. On Easy Bammer, May turns months of isolation into a curious & hyperreal reflection on memory of a time in New York City before stay-at-home-orders and lukewarm take-out—reflections on a time when staying at home & thinking felt like an unreasonable request of the cosmos. May Rio’s Easy Bammer gives its listener a chance to experience the warmth & quiet laughter of reflection; it does so in a time otherwise reserved for most as an endless cycle of waiting for new headlines.

May says, “Same as a lot of people, I felt my world get a lot smaller when the pandemic hit. I’d spent hardly any time at home before, and now this cozy place of refuge—- my bedroom — had been transformed into a cozy cell. I think in the album, I’m acting out a lot that I wouldn’t be able to do in real life. I know, for instance, I probably shouldn’t (or can’t) act on this impulse, or say this to so-and-so… but I can wrap it up in these lyrics and box it in with this melody....These songs became a pillow for me to scream, or sob, into. And sometimes I’m laughing.” 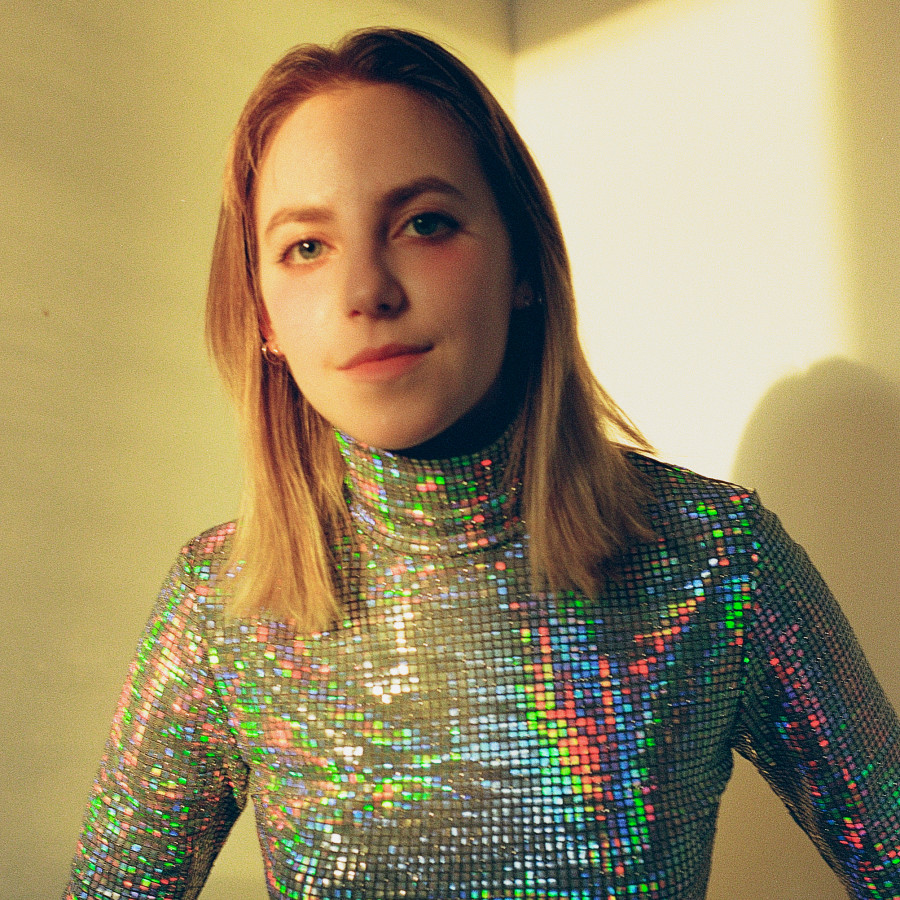