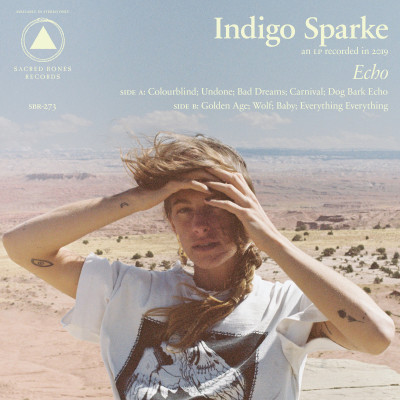 Indigo Sparke brings her deeply personal lived experiences to her music, highlighting the spaces between the polarity of softness and grit. Pulling her experiences of addiction, of healing, of queerness, of heartbreak, of joy, of connection, of the softness and of the grit alchemising it all into tenderness through her music, she conjures up a myriad of feelings that is undeniably potent.

Indigo was born in the belly of Sydney, Australia straight into the heart of a family with music in their bones. Her parents, a jazz singer and a musician, named her after the Duke Ellington song “Mood Indigo,” and her childhood was spent serenaded by a rich soundtrack of Joni Mitchell and Neil Young. From a young age Indigo felt called to the stage, attending a performing arts high school, and followed it with three years in an acting school, working as an actress before embedding herself and heeding the call to the path of music.

Indigo taught herself to play guitar in her early twenties. Over the next few years, she established herself on the Australian music scene, and released her EP Night Bloom in 2016. Indigo’s career continually bloomed, opening for Big Thief on the Australian dates of their 2017/ 2018 tour, and then was invited to play at South by Southwest 2019. There, NPR’s Bob Boilen was first taken by Indigo, writing that her lyrics ”both cut hard and comfort” and that her performance “balanced heavy, reverb-drenched verses with moments of airy and acoustic whispers.” Sparke began 2020 with a February Tiny Desk Concert at NPR, and had been booked as the opening act for Big Thief’s sold-out tour of Australia and New Zealand, including a scheduled performance at the Sydney Opera House before Covid-19 saw everything change.

It was in 2019 that Indigo lived and travelled across America, in places like NYC, Minneapolis, Topanga, Taos, in many hotel rooms and amidst the vast stretching landscapes on the never ending highways, channelling her creative energy into the completion of her latest album, Echo. Echo was recorded between LA, Italy and New York, co-produced by Sparke, Adrianne Lenker (of Big Thief), and Andrew Sarlo (producer of Big Thief, Nick Hakim, Hovvdy, Courtney Marie Andrews, Bon Iver, Hand Habits, Active Child). The record was completed at Figure 8 Studio in New York City, studio of musician Shahzad Ismaily. Phil Weinrobe (producer/engineer for Leonard Cohen, Damien Rice, Adrianne Lenker, Buck Meek, JFDR, and Lonnie Holley) engineered and mixed the album.

Of this incredibly deep and intimate record, Indigo says, “When writing and recording the record, I wondered how it would all come together. I felt like I was standing back in the desert, looking up at the blue night sky, wondering how all the stars would connect. I think sometimes it’s the dark matter or void space between them, that holds it all together. This record is an ode to death and decay. And the restlessness I feel to belong to something greater. Adrianne and I talked so much about keeping the record stripped back and simple, that is, we are all just constantly getting stripped back and humbled by life."

Indigo’s art searches for the vulnerability that comes with a feeling of true safety, a vulnerability that can grant access to a world behind tangible experience. It is clear Indigo has lived and woven her many lives into these songs, telling us, “I feel and have often felt a million different women ramble and reconfigure the corners of my mind and soul. I think in my life, I have ricocheted off so many different walls within myself. It’s an endless search to understand the mysteries of life and love and history. As soon as you think you’ve got it, it’s gone. Sometimes I feel so thin. Sometimes I feel so robust. I think that comes through the music.”

While Indigo’s songs are an oceanic experience of emotion, her poetry is grounded. Like stone markers on the path, her poems are left for the reader as crossroads where something takes over beyond the logical mind. The visual realm has always been a part of Indigo’s writing process; songs and poems come to her as landscapes and human compositions, and her relationship with the camera is as natural as with the guitar. Indigo’s photography is a collaborative emotional practice that builds trust with the subject and helps them witness themselves in their most beautiful state. Photography’s compositional power has also led Indigo to re-imagine her work as an actress. Rather than working solely in front of the camera, she is transitioning into a role as composer and creative director, making projects that she can step into as subject rather than object.

“I feel that death and time hang over me like questions, I have felt the shimmer and the edge for so long now but what I long for are the worlds of safety and safe love. There are so many windows in life to look through and so many ways to heal and express. My photography, poetry and music, were born at a juncture mirroring different parts of me. I see and feel visually, I am obsessed with immortalizing memory.” 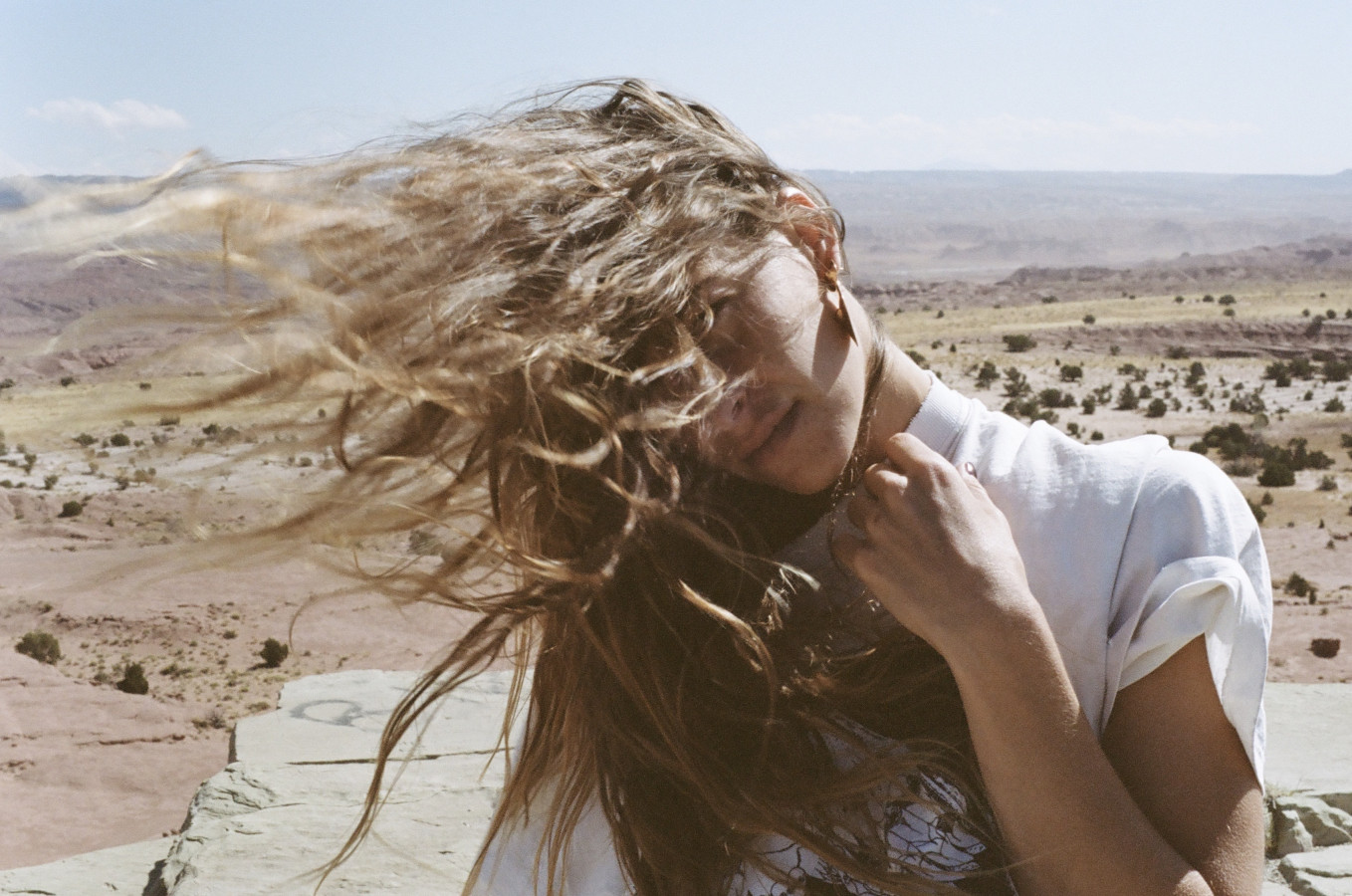