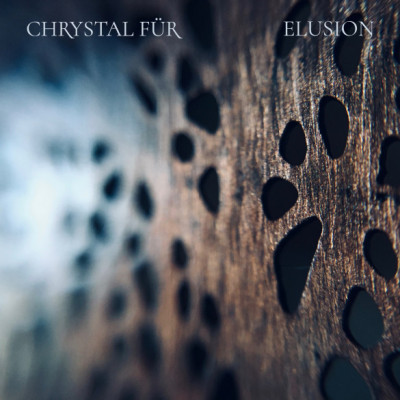 (What Are We Records)

Opening with a “Requiem,” Chrystal Für’s third album Elusion is an elegy to the cycle of loss, acceptance, and the promise of restored life. Christopher Vibberts' reflective piano interweaves with droning waves of sound and intermittent shards of static that is equal parts nostalgia and hope. The album also contains an unforgettable collaboration between the Portugal-via-US artist with Belgium's Echo Collective (7K!) as well.

Elusion is set for a May 28th release on What Are We Records, with the album opener "Requiem" out now. The track operates in a mind-frame occupied by like-minded artists like Colin Stetson, Christopher Willits, and Tangerine Dream, and has a slow-moving pulse with building peaks that continues to propel the track throughout.

Vibberts pulls the curtain back on the new track: "'Requiem' is a soaring recognition of a year of trials and tribulations and an eagerness to lay it to rest. Slowly evolving tones defy gravity as they launch into space making way for an emerging synth that in its gentle pulsation reminds us how alive we still are. Requiem is an end, and a beginning."

Chrystal Für was born three years ago in the high desert mountains of central Mexico during Vibberts’ year and a half sabbatical from film scoring and producing in his California recording studio, The Rabbit Hole Recording. It was a sabbatical that turned into a way of life. Inspired by the act of jumping ship from the rat race, slowing down, and focusing on the intricate, elemental beauty that surrounds us at every moment just waiting to be noticed, he began to create music that reflected this new way of being in the world.

The music on Elusion is colored by Christopher’s history composing for film, studio experiments, and love of ethnic and electronic instruments, combined with his passion for travel and exploration of other cultures. In 2019, after years of admiration for the music coming out of Iceland, he took a trip to the November Iceland Airwaves festival— a journey that left an indelible impression both through the unique talent he observed but also the stark majesty of this island nation. The impact had a profound and lingering effect that can be heard throughout this album.

The apex of the album, “I’ll Rise At Dawn Once More", is produced and performed by Echo Collective (Stars of the Lid, Jóhann Jóhannsson, A Winged Victory for the Sullen, Erasure). It is a stirring string tribute to emerging from turbulence into the elation of a new day. There is an emotional weight and otherworldly quality to the journey the album takes you on—it is at once a validation and salve for hearts that are hurting in our era.

Christopher’s musical journey has taken him from studying songwriting and performance at Berklee College of Music, to a year writing and recording with 60’s teen idol Gene Pitney in the 90’s, to studying sitar with Ali Akbar Khan disciple Peter van Gelder, to recording and touring with Bauhaus/Love and Rockets bassist and singer David J, playing sitar, lap steel, keyboards, guitar, Melodica, and percussion.

On Elusion his decades of composing, performing, producing, and collaborating have been distilled into a molten mixture of mature arrangements, intuitive musical choices, and stirring melodies that earn him a spot among today’s brightest post-classical composers. Eluding the expectations that shaped his early career and life, Christopher continues to follow his own call and expand his sense of home, now living with his family and creating from Porto, Portugal. 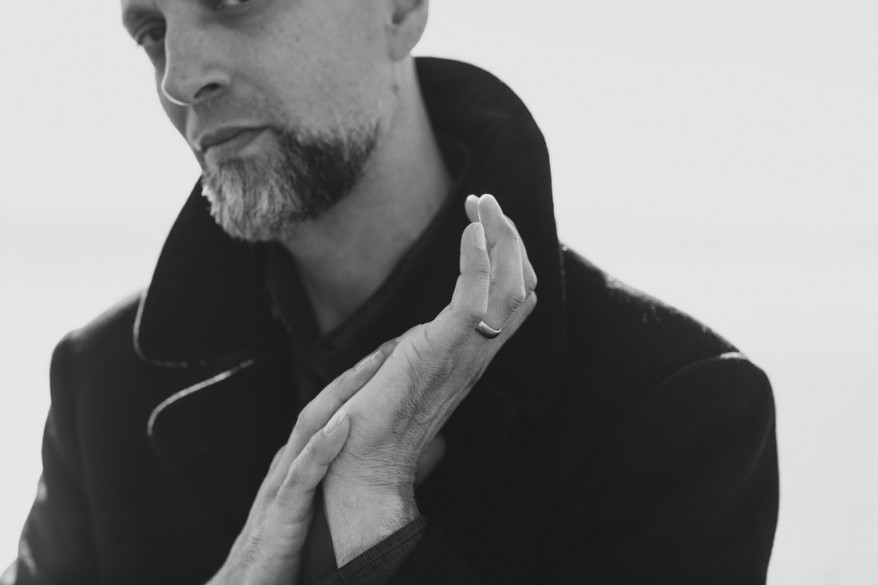 What Are We Records