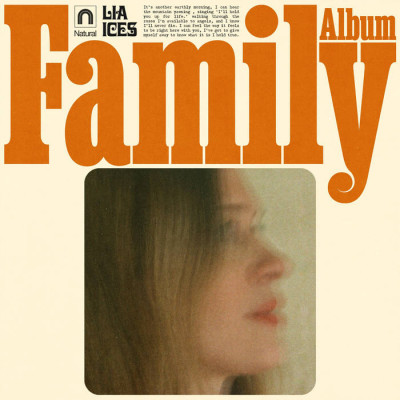 Lia Ices was pregnant with her first child when she started writing her forthcoming record, Family Album, a stunning collection of psychedelic-tinged Americana. She was living with her husband, a wine-maker, on Moon Mountain in Sonoma, CA, where she walked from house to studio through a rose garden with an orchard at its center every day to sit at her piano and see what fell out. It was a “total Eden,” Ices describes. “I got pregnant in January, and Una was born in September, so I was on the same ripening mode as all the fruit.” Recently she returned to the garden with Una to pick some flowers and realized Family Album wouldn’t be what it is if she hadn’t made it on the mountain, next to the flora. “This album is terroir,” she says, using a wine-making term used for the complete natural environmental factors that make something taste the way it does. Fully, spiritually connected to the soil on which it was made, to the air Ices breathed.

Ices hasn’t released music for six years, since her last album, Ices, in 2014. It’s been a long personal journey to get to Family Album, which she’s putting out on her own label, Natural Music. After over a decade on the east coast, from New York City to the Hudson Valley, this is Ices’ first California album. It’s also a return to the piano, on the precipice of motherhood. “Coming to California and living on the mountain and being in nature, and then starting to grow a human, I wanted to make something without having any ulterior motives other than letting what naturally happens, happen,” she says. She felt parallels between her musical output and occupying an archetypically feminine space; being confronted with the intense, grounding feelings surrounding motherhood made it hard to bullshit pretty much anything.

The first song Ices wrote for Family Album was “Young on the Mountain,” a breezy folk-rock track about life and death and freedom that’s the album’s highest energy. “You can never lose / What is truly yours,” she sings, between her golden oohs. “When we see impossible colors / we can be impossibly free.” When she moved to the mountain, she felt like she was “creating [her] own reality,” free to be whoever she felt she was at any given moment, digging into the naturalist poets of her new home — she found herself particularly inspired by the environmentalist figure Robinson Jeffers — and thinking a lot about the dichotomy of nature’s beauty and its indifference. “The more real life gets, the more mystical it feels,” she explains.

This idea reaches throughout the album, like on “Anywhere At All,” which is essentially an ode to “how psychedelic it is to be a first time mother,” as Ices puts it. “You brought me to me,” the fluttering song opens, and it really does sound so free. “I totally believe in the Muse,” Ices says. “Just showing up and being there ready for it is more than half the battle.”

Creating a life and creating this record at the same time is only part of the story. Those two acts also brought Ices closer to who she really is, and to the music she’s supposed to make. There’s a holistic energy around Family Album, epitomized by the opening track, “Earthy,” a gorgeous, dynamic song that begins with Ices solo on the piano, and midway through becomes a total psych-Americana jam. “I never wanted to sing” — that’s how the whole record begins — “Well I thought I’d be a dancer / use my body like a language...I never wanted to write / Sometimes it comes right through me / Not a choice, It is a duty.” Though it starts the album off, even by the end it’s clear this is the record’s centerpiece, both its introduction and its heart; she sings about the Muse, about life and death, about both being here and giving herself away in order to find herself. That’s the Muse, that’s motherhood, that’s a beautifully solid sense of self.

In fact, where Ices would have typically had her “little paws over every aspect” on past records, with Family Album she embraced collectivity and collaboration. (The record’s title is apt in a multitude of ways.) She worked with producer JR White (Girls) all over California: three studios in LA, one in Stinson Beach, and one in San Francisco. Ices describes White as a “Brian Wilson type” with a singular mastery over gear; she says even just the way he rigged the mic while she was singing allowed her to get some of her best-ever vocal performances. “There's a clarity to the album,” she says of the production. “You can hear what I'm saying, you can hear what the instruments are doing. But I really think that because the production supports the ethos you can dive in even deeper.” It was organic, Ices, White, and the four-man backing band she had record with her, live in the studio. And for the album’s accompanying visuals, she entrusted good friend and filmmaker Conor Hagen to follow her and her band around the west coast of California on tour over the course of 9 months for the album’s first single ‘Hymn’, as well as director Aaron Brown (Cass McCombs, Arctic Monkeys) to help her make the aura-themed video for the record’s title track. Written during the first of three weeks in which Ices and her husband were evacuated from their home during the forest fires in 2017, “Family Album” is about immediacy and memory, and again that piercing contrast between the beauty of nature and its aloofness. “Wherever we are, there we are,” she croons over just keys and a subtle drum beat.

“Making art is communal,” says Ices. But that doesn’t mean Family Album isn’t the most Lia Ices album to ever exist. Part of that is allowing a higher level of collaboration than ever before, part is motherhood, part is Sonoma’s Edenic Moon Mountain, part is the Wild West freedom inherent in Californian lifestyle, part is an awareness of herself, and, most significantly, of growing ever more into that. Ices started her own label, Natural Music, because she felt empowered by herself, by the places that she was able to reach within herself and translate into music, and she wanted to follow the freedom that feeling gave her. “There's a synchronicity to it, about the way things have happened or who I've met,” Ices says of Family Album. There’s a “universal timing” to this record that it’s had since its beginning, with Ices’ ripening. “It keeps being a teacher to me, it has its own energy field around it.” 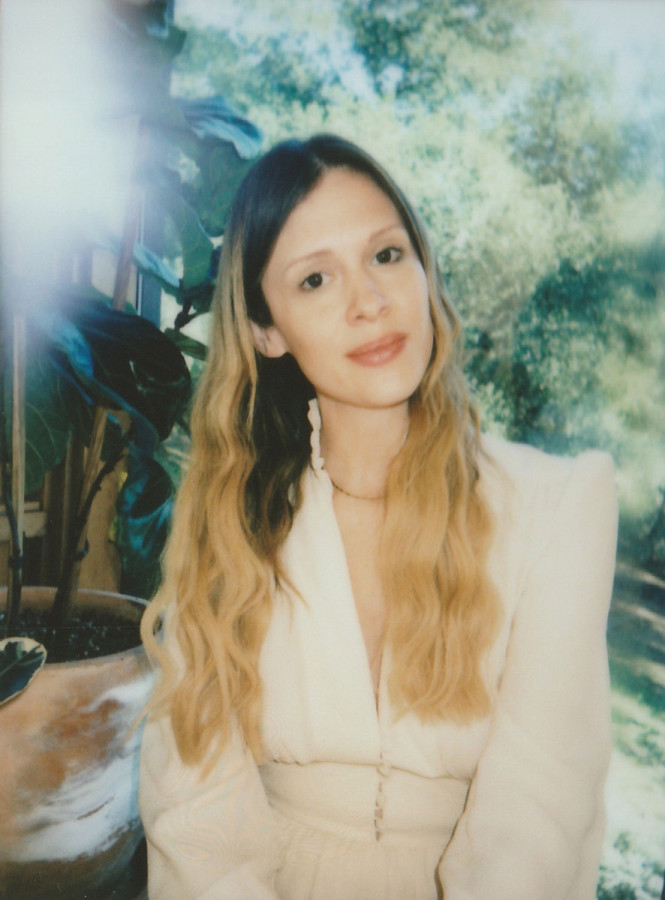