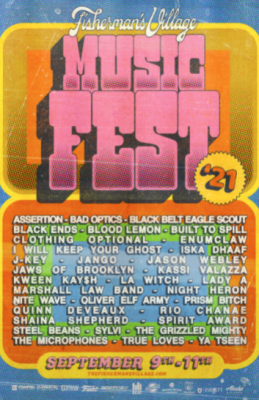 Since 2012, Everett Music Initiative (EMI) has been a central force for music, community and the arts in Everett, and produce the annual Fisherman's Village Music Festival. Whether through intimate shows at local venues, activating new spaces with unique events or Everett's biggest music event, Fisherman’s Village Music Festival, EMI has been behind-the-scenes bringing much-needed nightlife to the region. EMI’s mission is simple: Building community through unforgettable musical experiences, artist advocacy and development, and amplifying Everett's identity as a destination.

These last eight years have been marked by some real success. EMI has produced or partnered on over 400 events that brought over 250,000 people to Everett, and that received media attention from KEXP, Alaska Airlines Beyond Magazine, Paste Magazine, Seattle Times and more. In addition to supporting local artists and their development, EMI has hosted over a dozen national acts that have played late-night TV shows, had Grammy nominations or topped the Billboard Charts. All this has helped give Everett a fresh identity as a burgeoning arts/culture hub where people are proud to visit or live.

With the Seattle area facing rapid changes, including a tech boom and rents rising rapidly, artists and creatives in the Seattle have scurried away to find solace in surrounding cities and suburbs, invigorating already strong communities with fresh enthusiasm and awakening a cultural movement. Everett has become a beneficiary of that movement, where young professionals and families are finding homes and plenty of opportunity and accessibility to create new platforms for the community benefit. With the newly announced commercial air service at Paine Field, over 90,000 jobs and light rail on its way, Everett has a lot to offer these newcomers.

And what better way to celebrate a city on the rise than with the music and art that's helping it thrive? Built by its own community members, Fisherman’s Village has invited a slew of national talent and finds special ways to include most of the local artists and involve its local businesses, keeping it a community festival. This weekend is supported by far more than the greater Everett community. Industry bearers KEXP will present this year's festival.

Each year Fisherman’s Village expands into new venues, brings in new artists, and looks to the future. This year's festival is just blocks away from Everett Station, making it easily accessible to the entire Northwest via train and bus, and is a quick rideshare from Paine Field for those flying in from the West Coast. This year’s festival will feature the Fisherman's Village Night Market, offering free live music, food trucks, beer garden and over 40 vendors selling locally made goods.

Fisherman's Village Music Festival is more than a music festival. Come see for yourselves. 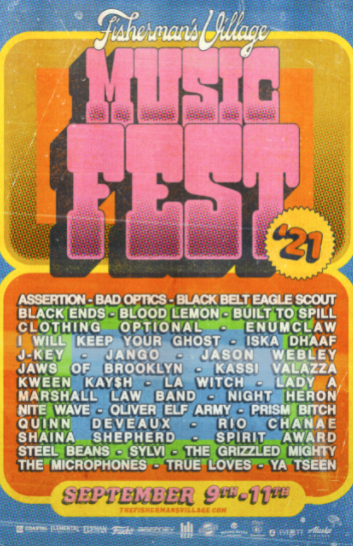