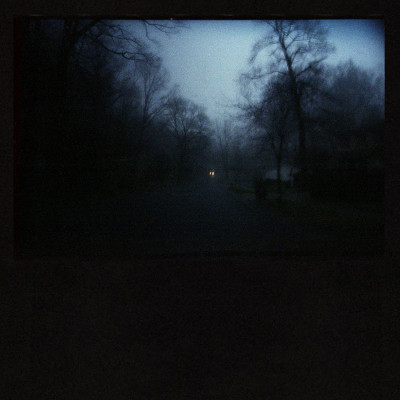 I recorded this record Fucking Bliss in May 2015. It took nine days to write & record the whole thing; I was going through a manic, terrified, paranoid burst of energy. At the time I knew for sure that I would be dead by the time anyone heard my next record, so I wanted to make sure it was the right statement in that context. I had another album finished, one we were colloquially referring to as Honeypot at the time, and it was just coming back from getting mastered – it was 26 songs long & meant to be this sort of huge celebratory record. We were a band again, after many years in the wilderness and void – and everyone involved was finally sober, even if the band itself was much more fractured & scattered than before. The 26 songs reflected this – an album made by a collective, a lot of friends, instead of a core unit. The subtitle reflected the mood – the big joyous celebration – this was not an album to be poured over & dissected for clues following a suicide.

So, while it was being mastered, I went to work on something that I thought might better bookend a life of failures & wasted potential, petty incidental rivalries, mistakes, regrets, and on & off struggles with drug addiction and intense mental health issues. I kept coming back to Édouard Levé & his final work, Suicide, another posthumous work, as Levé killed himself days after turning in the completed manuscript. While the book is not autobiographical – too many details differ from Levé’s own life – the knowledge of the author’s death make it impossible to read the book the same way one would otherwise. His death gives the book a kind of dark dramatic irony; it blankets the work, like a giant tree looming over it and spread out its branches to block out the sun.

Similarly, I didn’t write the record to be autobiographical or explicitly detailed in terms of my life, or mental state, or anything like that. It’s without a doubt the most personal record I’ve ever made – the only other I consider an equal is one called Seeing little ghosts everywhere which was made during a similar sort of mental-breakdown, in terms of the “losing my mind”, at least. Both records get at something very deeply, uncomfortably personal to me, even as one exists without lyrics at all & one where the words are deeply obscured in the music & their meaning, even when read, frustratingly elliptical. Both albums get closer to sounding and feeling the way I want them to than anything else I’ve attempted to make. Bliss is still incredibly hard for me to listen to because of how properly and completely it conveys the way I felt when I wrote it – the goal, it should be said, of all of my releases, just not normally such a bleakly distressing one.

Almost every album I’ve written in my life I’ve considered in some ways a suicide-record. Not a note, and not something that can or should be dissected, with meaning extracted from it – just that each proper record I’ve made, for the most part, I’ve made with the idea in mind that I will die when it’s done, therefore it has to be the most important & perfect record I can possibly make. It’s generally more of an exercise in making sure everything I release is as good as it could possibly be – but in this case, as stated before, it became much more literal.

I haven’t kept track of how many suicide attempts I’ve made in my life. It would be impossible, I think, to do so properly – there are impulsive, desperate actions that accomplish nothing but embarrassing myself – there are calculated, deliberate times where I am like a meteor falling and burning. I don’t know how to sort them. It’s not something worth speaking about farther. It’s also not worth speaking about the circumstances in my life when I made this record. It’s not something I’ve ever felt or experienced before then or after, and I don’t ever hope to again.

It would be easy to say that this record took so long to be released because I had to work out so many complicated feelings about it, and it’s certainly true that I have, but the truth is, as always, much more dull. We wanted to released it after honeypot to usher in our new band-name, as this album was the first written under the American pleasure club name – but things sort of drifted off. It felt too jarring & potentially divisive to do that, and we tried to do something a lot less potentially off-putting, as we hoped to continue to have some kind of career, and all. The album fell to the side and as time went by, I came to love it very dearly – not just for what it represented, or anything personal like that, but just because I find it’s a very wonderful record. It feels so genuine & often horrific in a way that I always want my music to be but am often afraid to push towards, or get close enough to. It’s very true. It uses vocals in a way I always want to – manipulated, buried, obscured, affected, or horrifically mangled – to deconstruct basic pop music and convey something so personal and real, a state of mind, rather than a narrative, really. Similarly, it manages to deconstruct metal – specifically drone metal & doom metal – as well as oddball electronic music, ambient & drone music, and a lot of other things. It’s without a doubt my favorite album I’ve ever made, and I don’t think I could have even talked about it at the time it was first finished, let alone come to that conclusion, so I’m very, very glad we waited as long as we did, and I’m likewise very glad that it’s going to be released now, finally, so you can hear it. 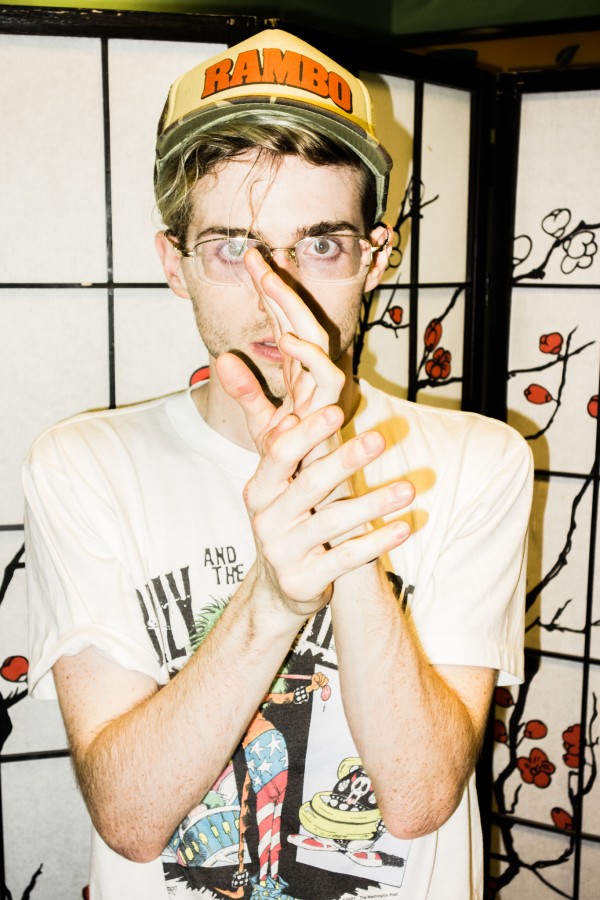 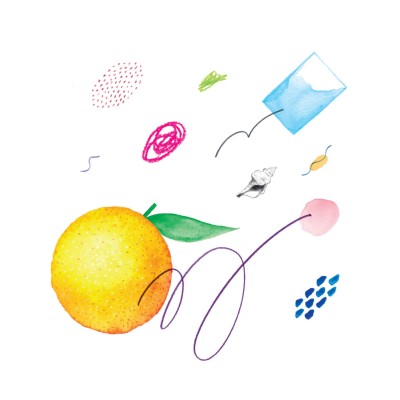 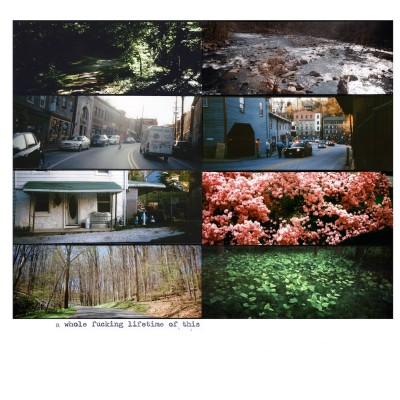 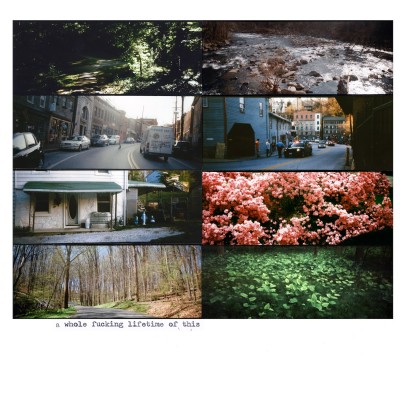 A Whole Fucking Lifetime of This 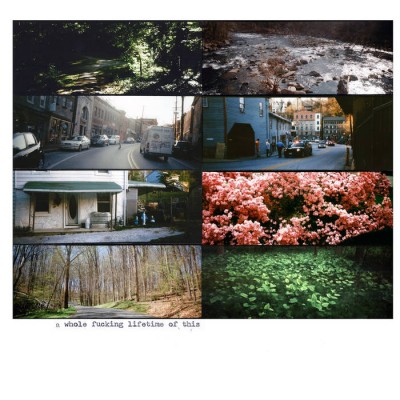 A Whole Fucking Lifetime Of This