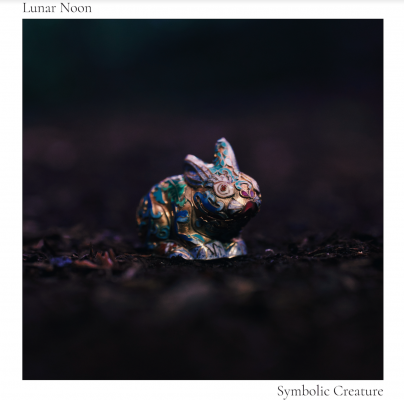 SYMBOLIC CREATURE, the title for LUNAR NOON’s extraordinary, genre-bending debut album that's announced today for a February 18th self-release, can be traced back to a trip Michelle Zheng took to Japan in 2019, when she was visiting her soon-to-be ex-partner and, in an attempt to salvage her vacation, ended up randomly picking a destination for a day’s excursion.

“Six hours later,” she recalls, “I was on top of Mt. Mitake, walking around a shrine in the sky, taking in a view of mountains and valleys in the freezing March cold.” Out of habit, she sought a good luck charm as a souvenir, and bought one whose paper envelope kept its color a secret until she’d purchased it. “I found myself looking for meaning in whichever one I picked,” she continues. “I was hungry for any kind of sign from the universe that would tell me what to do or how to feel, no matter how made up or meaningless.”

As she subsequently considered the significance of its green hue, the then 24-year-old concluded that, “why I was asking the questions I was asking was more important than the questions themselves. So the title of the album is a nod to the fact that the meaning we find in so many objects and omens comes from associations we assign to them in ultimately arbitrary ways. But we can at once recognize that arbitrariness and still let them make our lives appear less chaotic and more meaningful. My life is a mosaic of all of these colorful symbols coexisting together – they let me tell a story about where I’ve been and where I think I’m going. That’s what I think of now when I look at the charm on my coat zipper.”

Like such charms, SYMBOLIC CREATURE is emblematic of Zheng’s outlook on life, offering another version of her story by stitching together a collage of themes and styles. Magical, immersive, and energized by youthful vigor and a sincere reverence for nature that renders it almost otherworldly, the album transports listeners to an enchanting, vibrant universe, its songs animated by a love of Susanne Sundfør, Sufjan Stevens, Claude Debussy, SZA, Hiatus Kaiyote, Imogen Heap, Sigur Rós, and more, including choral music and anime/video game soundtracks. Despite these broad horizons, she offers a single-minded vision, her luxurious production, writing and arrangement skills united with an agile, caramel voice, an enigmatic, poetic intent, and a musical attitude which looks forward with as much conviction as it looks back.

The album announcement is also marked by the release of the first single "Peregrine". On the track, she soars, caught amid powerful currents of multi-tracked harmonies and sumptuous electronica. The thought-provoking video is produced and directed by Michelle herself. Check it out on YouTube.

Elsewhere on the album, the percussive ‘The Rain’ matches jazzy embellishments with Latin flourishes, adding upright bass, Celtic harp and melodica to dazzling effect. ‘Alchemist’ delicately pursues these jazz flavors as Zheng addresses the nature of her art, questioning “how to give a name to things that never were named for me,” while the calming ‘Ash’ offers dreamy echoes of Björk’s Vespertine as she recalls a gift of ash-dusted apples from her parents at the end of another California fire season.

Zheng also addresses her heritage as an American child of Cantonese immigrant parents. Accompanied by a lavish string arrangement, the elegant, unashamedly tender ‘Provenance’, the first song she wrote for SYMBOLIC CREATURE, weaves a metaphor about roots and culture from reminiscences about making her first nin gou, a cake traditionally prepared for the Chinese New Year: “Boiled water, melted sugar / Learning how to be the daughter”. The refined, almost divine closer, ‘Gold’, exercises empathy characteristic of the album as a whole, incorporating voice memos from her parents as she attempts “to understand what things looked like from their perspective when they immigrated to the US. What did they think about while falling asleep for the last time in their respective hometowns before leaving? What did they think the future would look like? How does my life relate to their dreams?”

Through all of this runs a red thread of self-examination, whether on the breezy ‘Meteor’, a poignant instruction to remember happier times when at one’s lowest ebb, or the nimble ‘Gingko’, where a photograph of an ancient tree in Xi’an, China, offers Zheng perspective on her own existence.

SYMBOLIC CREATURE was written and recorded between February 2020 and the summer of 2021, mostly in Zheng’s San Francisco apartment and her parents’ home in Santa Cruz, where she grew up and then spent several months during lockdown. It also features a number of guest musicians, all of whom recorded remotely due to the pandemic and some of whom Zheng is yet to meet.

“LUNAR NOON was an amateurish bedroom project before I took the step of reaching out for help to fulfill this vision, which was getting both more complex and clearer by the day,” she explains. “My collaborators were supportive friends, teachers at the San Francisco Community Music Center, and musicians I met online and hit it off with. They really helped me feel like my project was worth seeing through. At times it was joyous – when waking up to find new parts sent back by my co-conspirators in different time zones – and other times very isolating – when mixing late into yet another night alone in my room. I consistently had this vision of myself standing on the edge of a cliff somewhere, floating in the middle of space, looking out at stars against a pitch-black sky. I felt distant from the rest of my life, but also like I was in some weird, beautiful corner of the universe that no one else had ever seen.

That weird, beautiful corner is now revealed on SYMBOLIC CREATURE, the debut release from LUNAR NOON. Inevitably, it works like a charm. 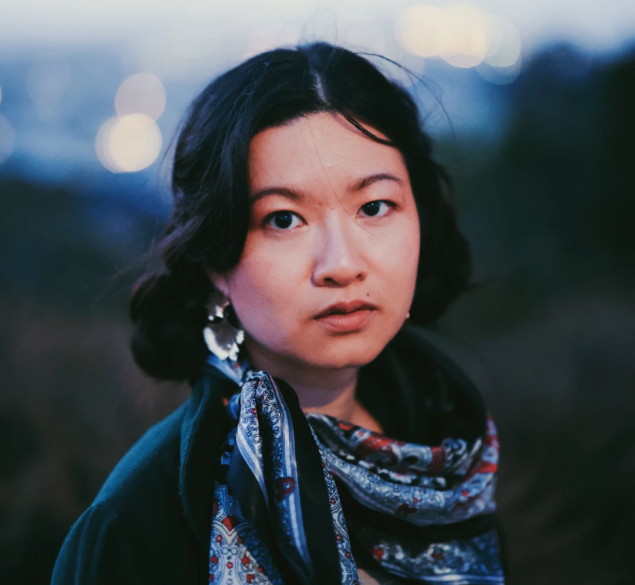