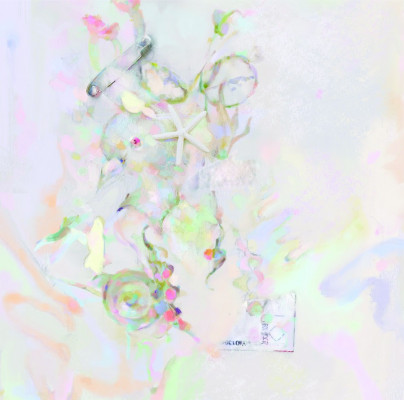 Afternoon Bike Ride is a lo-fi folk trio providing a comfort zone in audio form. It's in the name. When all three artists are together, their chemistry culminates into one organic and lush sound. Sonics that feel natural and freeing, as if fireside with a handful of microphones and instruments and toys. "An audio diary," the band describes, "of what we know will be our most cherished memories."

A Montreal-based Canadian trio consisting of Lia Kurihara (vocals, guitar, programming), David Tanton (vocals, guitar, drums, programming), and Éloi Le Blanc-Ringuette (vocals, keys, drums, programming), the band has released a series of cohesive projects where field recordings blend with ambient, acoustic, folk, and pop. A cauldron of genres they stir during each song. With precision, Afternoon Bike Ride presents a soothing sound all their own, one that continues to expand and deliver with each new release.

Their forthcoming and highly anticipated sophomore album glossover is genreless, yet familiar. It’s an album simultaneously beside a campfire and within a cafe. It's with you on a long car ride, and while helping a loved one or checking in on a friend. Bliss and loss, and love and grief breathing as one. There's a "found footage" aspect, with quiet backup vocals and fluttering harmonies that sound like angels flying away. There are outtakes that feel like we're behind-the-scenes. Cozy and sincere. Talking while cooking, daydreaming in a sunswept daze.

Throughout the album, there are moments of both airy lightness and tension. Main vocalist Lia began caretaking for her father amidst an Alzheimer's diagnosis and many of the songs can feel this energy: the spontaneity and excitement that comes with being in your 20s right alongside serious health matters and pandemic lockdowns. "I often feel isolated in this situation and at a loss for what to do," Lia explains. "I’m really just at the mercy of how quickly he declines. It’s like we’re trying to have a conversation but the service is spotty and he keeps fading further away."

The light and dark mingle throughout the LP. For every lyric like "buzzing of the bugs at night" or "green leaf ocean" or "fog on the glass," there's an "I'd give anything to have a day with you walking in the world" and "your signal is weak, I can’t seem to get through."

"Lia wasn’t certain about pairing such a heavy lyrical topic with such an energetic instrumental," the band says about the stand-out single "Nothing in Particular," "but in the end we all really love the juxtaposition of the two." Keeping with their love of contrast, even their lead track "Summertime" was written during a winter blizzard. "The wall of white we could see from the windows," the band describes.

While the majority of the album is toned down and relaxed, glossover welcomes indie rock elements, almost as a therapeutic release. In particular the track "When We Were the Same," where the trio let out some screams which are followed quickly by audible laughter. "Screaming at the top of our lungs together," the band reflects, "turned into a pretty cathartic bonding moment for all of us. Sometimes you’ve just gotta let it out." Remember that part in the The Moldy Peaches debut album (2001) where the house phone rings and they laugh and keep playing? Parts of glossover feel like that. "Maintaining a sense of humor," Lia adds, "helps to cushion the heaviness of the situation."

While their sound is unique and very much their own, this band is still relatively new. The three artists gathered traction with their debut EP, sugarbloom, in 2019, and further evolved with their self-titled debut LP Afternoon Bike Ride in 2021. While initial stems and demos were emailed back and forth, the group put the finishing touches on glossover while in a cabin in St. Donat, Quebec. "We've been pegged as three separate entities," the band says, "and for this album especially, we really felt as one unit writing and creating for ABR and nothing else."

Throughout their new album and discography, we hear songs that speak on self growth. Songs about escaping responsibilities and getting away with the person you love. Songs that feel nostalgic, connected to friends. "At the end of the day," Lia says, "the lesson is to prioritize love– love for one’s self, family, community, planet."

With deep connection, fluttering vocals and textured synths, the three are working more tightly as a trio on this 14-song album. Splitting roles on guitar, vocals, percussion, and even English and French, Afternoon Bike Ride is working as one unit here and it's a comfortable pairing. A therapeutic open journal shared by friends. glossover feels like a band testing their capabilities.

"Life is imperfect," Lia says, in closing. "We’re imperfect and that’s something beautiful to keep in mind.”

glossover is out February 10 via Friends of Friends. 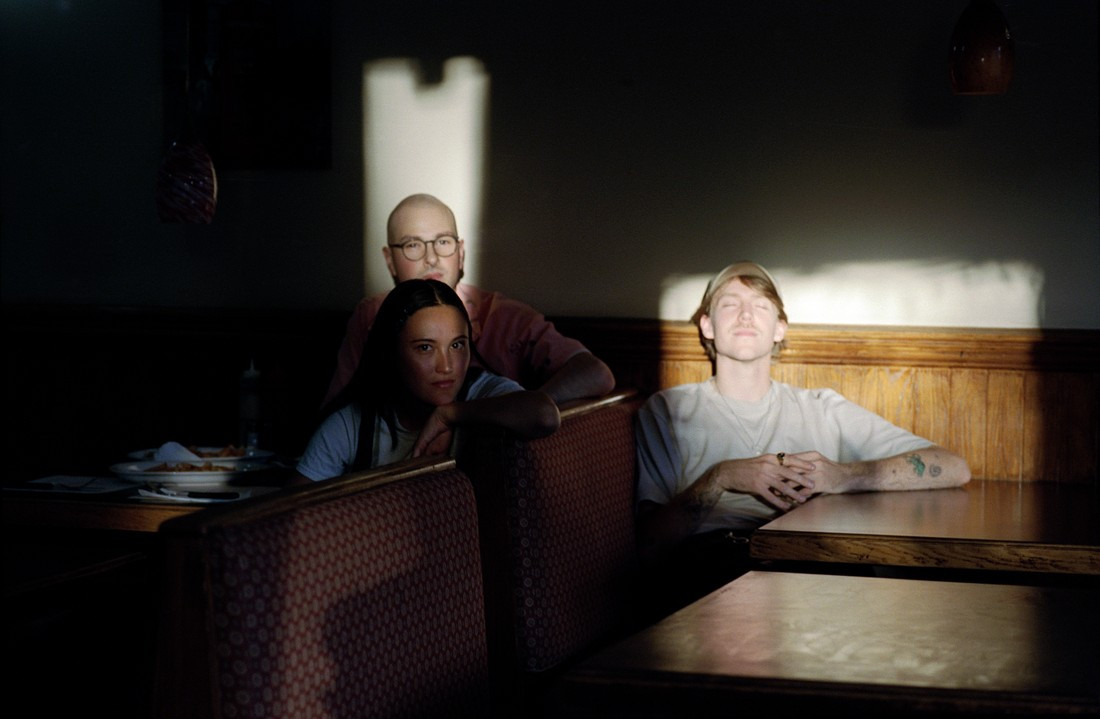 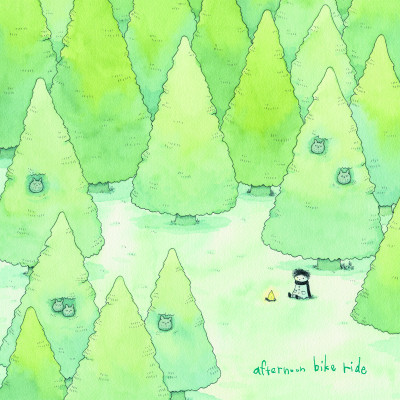