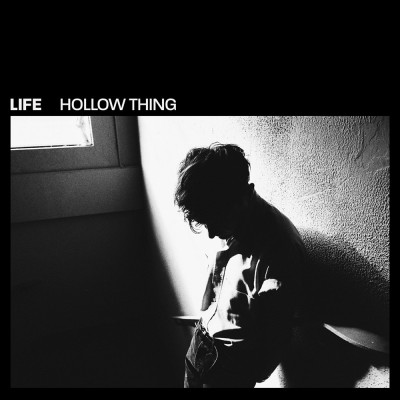 Hull’s post-punk absurdist polemics LIFE made quite an impact with their DIY  debut album. 2017’s Popular Music was championed by BBC 6 Music’s Steve Lamacq and won firm fans (and friends) in fellow post-punkers Idles. Most unexpectedly, Popular Music even ended up in BBC Radio 1 Albums Of The Year list, where Life’s gnarly, Humberside riffs and scattergun wordplay kept unlikely–but deserved-company with the likes of Jay-Z, Skepta, the xx and Wolf Alice. Two years on, their eagerly awaited, dryly-titled second album, A Picture Of Good Health, ups the ante musically and lyrically.

Popular Music-recorded one or two tracks at a time, over a long period–was a musical collage that documented their development and emergence. By contrast, A Picture Of Good Health is the product of an intense four week recording period in Tottenham, North London. Producers Luke Smith (Foals) and Claudius Mittendorfer (Parquet Courts) and new bass player Lydia have helped craft a sound that's more robust and musically broader, but which hasn’t lost any of the quartet’s trademark fire and wallop. Lyrically, the first album took a sideways glance at the modern world, where lyrics about 2-for-1 supermarket deals, Donald Trump, the impact of American right to bear arms, Brexit and UK austerity policies blazed forward in a hailstorm of firecracker imagery comparable to Mark E. Smith’s The Fall. This time, their subject matter is more inward, as brothers and lyricists Mez (vocals) and Mick (guitars) have examined their own emotions, experiences and motivations.

“The first album was quite political and talked about young people, including ourselves, having problems living and surviving,” explains Mez. “On the second album we take the spotlight away from the wider community and bring it on us. It’s a broader sound, more angular, more precise. We both share the lyrics but this album very much reflects what was going on in my life–I was coming out of a long term relationship, becoming a single dad. I wanted to express and write about the turmoil I was going through. I think it’s quite brave, in terms of politics and community. There are songs about single fatherhood and mental health. Do people sing about that stuff? I’m not sure they do.”

Indeed, sessions for the album proved so intense–with the pressure for a superior follow-up piling on from the band themselves, rather than a record company or external forces-that Mez reveals that each of the band members had a breakdown of one sort or another during recording. “At one point, Lydia was trying to nail a bass line and the producer kept playing the lyric “Stop hating yourself” over and over again. The song was about inner turmoil and mental health. Lydia smashed the bass line and just ran out of the room in tears, screaming.”

Although LIFE have become firm friends with kindred spirits Idles since meeting in a hotel foyer, there isn’t another band quite like them. They’re the first four-piece guitar band from Hull to make a big splash since the halcyon days of the Housemartins way back in the 1980s. More unusually, their music reflects the community and spirit of their experiences working in the city’s Warren youth project, a rare haven for vulnerable people aged under 25, which also functions as a drop-in advice centre, youth club, educational resource, food bank, music centre and record label.

“We’re very community based and try to comment on everything around us,”explains Mez. “Three members of the band work or have worked in the Warren youth project. Young people can come in–we’ve got free counselling, sexual health, drug advice and a massive LGBT community. Nobody sits in corners. Everybody mingles. Youth culture has been squeezed financially and otherwise for years, but the Warren is a special place where you can literally see a community of people helping each other.”

The band’s DIY ethos came partly out of necessity–and reflects their geographical location in Hull, a geographically isolated, coastal city which resident poet Philip Larkin once said was “a city in the world yet sufficiently on the edge of it to have a different resonance”, and where things happen because people have to make them happen.

“In Hull you’ve got to do it yourself,” agrees Mez. “It’s a place with one way in and one way out. Getting here is a nightmare, but we’ve a long tradition of doing our own thing. Hull literally told the King to fuck off, they wouldn’t let him in! But lately people have started to look outwards rather than inwards.” Indeed, becoming the City Of Culture has coincided with an explosion of Hull music, from LIFE to the burgeoning grime scene (whose leading light, Chiedu Oraka appears on the B-side of single Grown Up). “The City Of Culture has been massive for Hull. It shone a light on the community and the artists and the repercussions have been nothing but positive.”

LIFE have come a long way themselves, since the days when, growing up with a “very liberal” upbringing, Mez and Mick’s Dad used to drop them off at school in a battered old Nissan Bluebird with a different coloured door, blaring theClash (a significant influence, alongside The Fall). The brothers shared a stage with Mark E.Smith’s legendary band in their first musical incarnation, The Neat, achieving the special honour of being insulted by the frontman. They recorded for Kaiser Chiefs’ Simon Rix and Nick Hodgson’s label, Chewing Gum, and it's during this period that they first attracted the attention of Steve Lamacq.

The Neat imploded as young bands often do–“We were young and taking drugs”–explains Mez–but since starting LIFE the brothers wanted to “take control of the sound, make it bigger and take ownership of it”. PRS funding helped them record a stream of killer singles, which were collected for inclusion on Popular Music, which Mick compares to “one of those classic singles collections which came out in the 70s”. Since then, LIFE have toured inEurope and America, appeared with kindred spirits Idles, Slaves and Nadine Shah, and made their Glastonbury debut this year. Every gig is played like it was their last, “whether it’s a back room in a pub or a 2000-seater,” as Mez puts it. “We get young people and their dads, who’ll say things like, ‘It was the best show I’ve seen since the Clash in 1979’.”

Their new songs reflect this hurtling trajectory and the band’s growing maturity and insights. The twangy, riff-laden Half Pint Fatherhood (“let’s builda home, I builta home”) articulates a common experience of a single, lonely parent going through the pain of shared access. Similarly, Bum Hour describes the experience of relocating from a family home into a small flat, as lines such as “All my mates are out of town, this is the bum hour calling”, reflect the feeling of staring at four walls and an empty room. Another common theme is unattainable beauty, as driven by magazines, TV and especially social media. As Mez explains: “People are posting for likes, trying to show that they’re having a good time, but in that moment they’re vulnerable.

The instantly catchy, narrative-driven, Thoughts also, at least partly, reflects the emptiness that can come with the internet age, but is otherwise about“getting on with your life and trying to be someone. There’s a line about getting ‘all these books that I might never start or finish, but which might get me laid’. It’s about the animalistic nature of the human kind.”

“And emptiness,” adds Mick. “We’re talking about the mobile phone as an extension of your hand. Take that away and there’s nothing to lean on but yourself.” Other tracks employ the familiar LIFE trope of using the minutae of modern life to take a wider look at the way we live. The jokier Moral Fibre–surely the first pop song to use the 1930s jazz slang term “pissants”-is a bubblegum, cheeky track full of wordplay and partly inspired by the experience of watching music industry types court a “buzzy” band and ply them with cocaine–that band have gone and been forgotten already.

It’s A Con–like first album highlight In Your Hands–comments on consumer culture and started as a in joke in the van. “Someone would mention something and someone would go ‘It's a con, it’s full of sugar’,” chuckles Mick. “We’ll sing about everything. We’re not scared of embracing daily life.” Never Love Again is a vibrant, jerky, Fall-ish wounded love song which erupts into a relentless, hypnotic Buzzcockian coda. Together, the songs form a cohesive, rip-roaring, confrontational, emotional, unsettling, dizzying concoction of sound and imagery, a hurtling statement of our times, universal, political and very personal.

“We’ve always believed in ourselves,” says Mez. “We don't care what people say. We want to make music and help our community and that's what we’ve done. There are no filters now.” 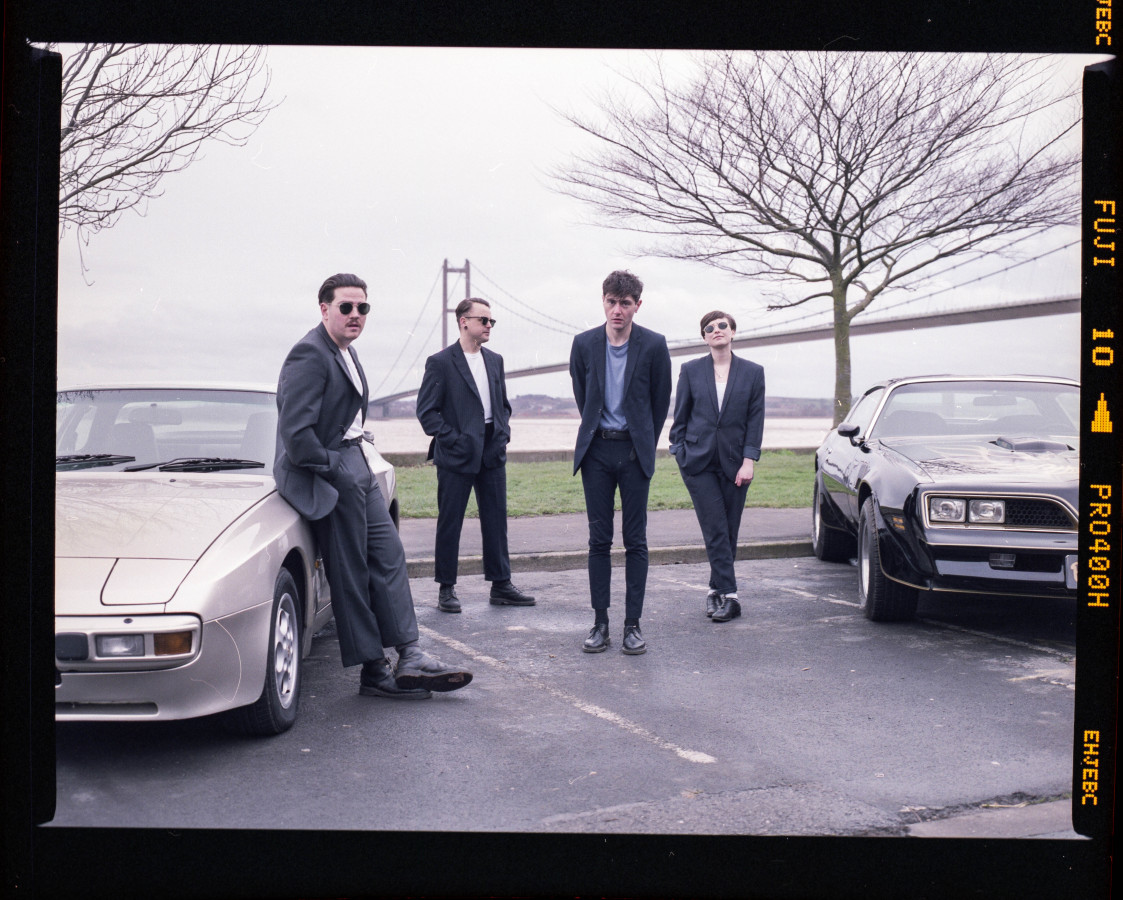 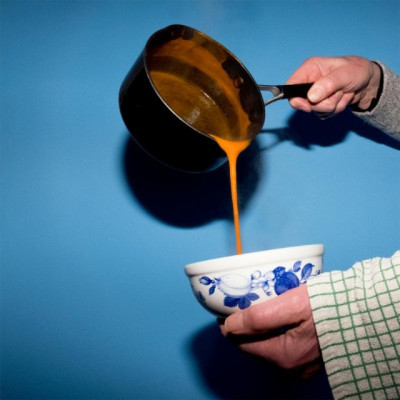 A Picture Of Good Health