(Father/Daughter + Fear of Missing Out Records)

Following their critically acclaimed debut EP Devil’s Rain, Maria BC returns with the announcement of their debut album Hyaline out May 27th, 2022 on Father/Daughter (US) + Fear of Missing Out Records (UK), and shares transfixing lead single "The Only Thing". Maria BC will also be performing select west coast dates with Squirrel Flower this March, followed by New Collosus (NY), SXSW (Austin), The Great Escape (Brighton, UK), and Green Man (Wales, UK) this year.

Written about falling in love for the first time Maria states that the track is “about allowing yourself to be seen fully by another person. When you find they aren’t afraid, you realize you shouldn’t be either.”

“It took me a bunch of tries to finish the arrangement for this one. It felt too sparse, while the song is about that full, effervescent, sun-is-coming-up feeling of new love. I spent several weeks adding parts and scrapping them — you know, getting nowhere. Then, at some point, I realized the refrain of another song I was working on had the same chord progression as ‘The Only Thing’ refrain. I turned that into a kind of counter-melody, Liz Fraser style, and I think it tied the whole thing together."

When Maria BC (they/them) is singing, they feel as though they’re dissolving and soaring, all at once. Hyaline, the title of their debut full-length album, describes something that is clear and translucent like glass, especially a smooth sea. For the Ohio-born, Oakland, CA-based artist, songwriting is a stretched blank canvas awaiting the strokes of an exhale, and it’s this slow-moving process that rewards us the ease of a crystalline sky, without forgetting the clouds that may have come before it. A knife's-edge balance of intimacy and ambiguity, Hyaline accesses snapshots of grief, anxiety and wonder through a miscellany of specters: these are ghost stories, but not as we know them.

Growing up, Maria BC often found solace in spending time alone. They learned how to entertain themselves creatively, and the childhood practice of songwriting still deeply affects how they associate with music today. “It makes me cherish and revel in moments of being totally alone,” they explain. It’s through this sustained, quiet process that they learned they could access characters, or certain selves, when singing. Through the lens of a character, there came a safety in exploring topics that may otherwise be too painful or humiliating. Here, Maria BC can name the grief that stands outside oneself, and in doing so, turns a haunted shadow into something more tactile.

Opener “No Reason” evokes a hairpin bend, an epiphany, where a new character upends the daily lives of those who didn’t expect it. It’s a call to attention, a curtain raise. Elsewhere, “The Only Thing” brims with the full, effervescent, sun-is-coming-up feeling of new love, while the haunting strums of “Betelgeuse” investigates one’s role as a victim and the inescapable generational pull of familial patterns. “Good Before,” a song Maria BC wrote while on a highway drive watching the sun rise, showcases the songwriter’s pop sensibilities and their spur-of-the-moment magic. Later, “The Big Train” proves the power in simply naming something to lessen its weight, but this doesn’t necessarily mean it will provide an answer. It tells the story of a man haunted by his past mistakes, sauntering through darkness, before hearing the sound of a train the following morning. Darkness doesn’t have to be scary, or evil – it can be the seed under the soil, waiting to bloom between the cracks of concrete. Closer “Hyaline” encompasses this kind of hopeful attitude, where each character throughout the album sees a friend, or a lover, calling out to them. “I’m trying to beat down this individualist impulse that sometimes comes with creating a piece of art.”

It’s this power of reframing, of shaping our hardest citations, that alerts us to the present force of Hyaline. Citing poet Louise Gluck, Maria BC was inspired by the notion of the dreamer and the watcher archetypes. “The dreamer is always looking towards a future that can never happen, but the watcher is effectively present,” they say. “The way I can become more of a watcher is by putting it into music.”

This awareness can be felt in the loose, minimal arrangements of Hyaline. Unlike 2021’s debut EP Devil’s Rain where they recorded in one room, careful not to disturb their roommates or neighbors, Maria BC created Hyaline all across their untreated apartment while previously living in Brooklyn, like a wandering spirit gaining energy from different spaces. Their classically-trained mezzo-soprano voice soars over raw, etherial guitars; audio samples from Prospect Park – now almost unrecognizable – dapple across minimal percussion; organ, played by Maria BC’s dad at his church in Ohio, settle alongside tender, transformative harmonies. Mixing together different sessions, tracks recorded directly into their phone and samples collected over the years, Maria BC likens Hyaline to a “sonic collage.” It’s a project of patience, and trusting the process.

Hyaline is a lesson in slowness, in clear nothingness. Actively opposing the way in which music is commodified into playlists that match our moods, or to promote productivity, Maria BC instead chooses to draw things out and see where they land. By allowing each song to breathe, to build slowly and gradually, Hyaline invites curiosity and imagination to blossom in a world of snap-reactions. Here, Maria BC encourages us to put reasons aside, to stop searching for answers and instead, indulge in the fantasy of it all. “Let the world wash over you,” they say, “rather than try to pin it to one single thing.” 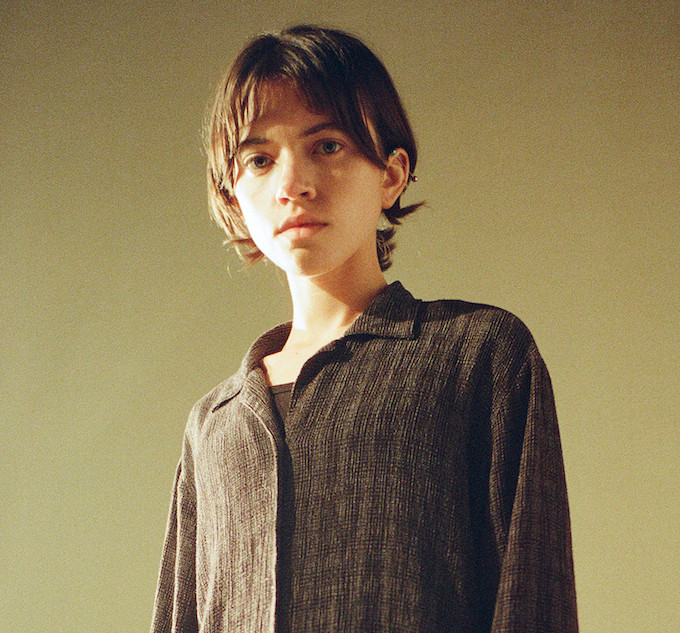 Father/Daughter + Fear of Missing Out Records