Jessica Boudreaux I Think My Heart Loves to Break 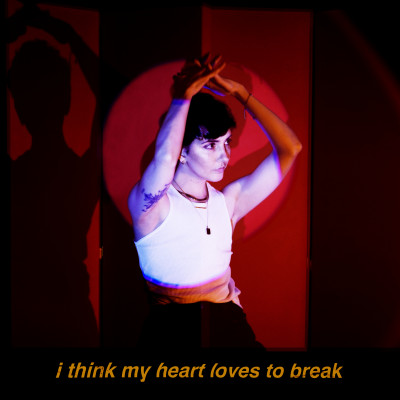 I Think My Heart Loves to Break is the latest E.P. from Jessica Boudreaux.

Perhaps best known as the singer/guitarist and primary songwriter for the band Summer Cannibals, the four songs that comprise the record deliver on the promise of her previous solo releases (2017’s No Fury, and the 2021 single “My Price”), as she completes the shift from the high-intensity sonic barrage of the band to a complete and unvarnished exploration of lush, emotionally resonant pop music.

The aching quality of the songs and carefully considered instrumentation are a fitting soundtrack to the tumultuous period she spent making the album. Having already canceled a year’s worth of touring with Summer Cannibals due to the pandemic, Boudreaux had begun working on the lyrics and melodies that would comprise I Think My Heart Loves to Break.

Then, in November of 2020 she was diagnosed with cancer.

As she navigated the following year and a half of recovery, the very act of finishing the nascent record became one of healing.

“Being sick and being in chemotherapy made working on these songs an escape. Like, ‘remember when my biggest problem was my relationship?’ It felt really good for me to work on this stuff during those heavy times.” Boudreaux says the record became a safe harbor; a place where she could invite in a sense of optimism for the future, when so much of what lay ahead felt uncertain.

But beyond serving as a shelter from the storm, the record also showcases an artist fully coming into their own as a producer, engineer and songwriter. Working in her own studio, Pet Club in Portland, Boudreaux produced, mixed and handled all of the musical duties on I Think My Heart Loves to Break (with friends Eric Slick (Dr. Dog, Waxahatchee) providing drums on”Disaster” and Erik Carlson providing synth leads on “Loves to Break”).

Boudreaux’s growing interest in production had begun on the last Summer Cannibals record (2019’s Can’t Tell Me No), which saw her producing and mixing the album along with her current partner Cass Blum, the band’s guitarist.

That had also been an experience where Boudreaux turned to music as a form of healing, finding emotional and musical independence after the dissolution of a toxic relationship.

But on I Think My Heart Loves to Break, the sounds she’s chosen to document her liberation are a far cry from the cranked volume dispatches of her former band. While she had always nurtured a love for exuberant, nuanced pop music, her recovery journey made it all the more clear what music was calling to her for this moment in her life.

“The day I shaved my head, my partner turned on Dua Lipa and we laughed and danced around the house. So we marked these traumatic events with pop music.”

This joy and liberation amidst the pain is a clear touchstone of the songs on I Think My Heart Loves To Break.

Over the pulsating bass line and entrancing beat that forms the bedrock instrumentation of “Actor”, Boudreaux follows the familiar script of a falling in love with someone unavailable, indulging in the exquisite torture and declaring: “I am an actor baby, I love to play pretend. I am an actor baby, I fake it till the end,” as the song rises and falls around her, as if to match the rhythms of the experience she depicts.

The punk energy that defined Summer Cannibals still resonates in the songs in a form of direct intent, as she contemplates surrender on the title song, asking: “Wonder if I drop it all, I’ll stop hitting the same old fucking walls” but in place of the massive distorted guitars, the song’s intensity comes from a careful and considered orchestration of sounds flowing over a steady beat and allowing Boudreaux’s signature vocals to shine.

Boudreaux is a survivor to be sure. And her battle over the past year and a half is an indelible part of her story. But on I Think My Heart Loves to Break, Boudreaux is also a lover, an actor and a troublemaker. A hopeless romantic and a fighter and a singer of the kind of torch songs that feel both classic and new at the same time.

Swelling with the sounds of all that came before and the imagined joy of what’s to come, I Think My Heart Loves to Break is a tableau of healing, redemption and the melancholy joy of desire. A space where celebration is possible in the midst of the pain.

As she intones: “Even after all this, I still see us dancing.”

I Think My Heart Loves To Break will be released independently on June 24th.

I Think My Heart Loves to Break 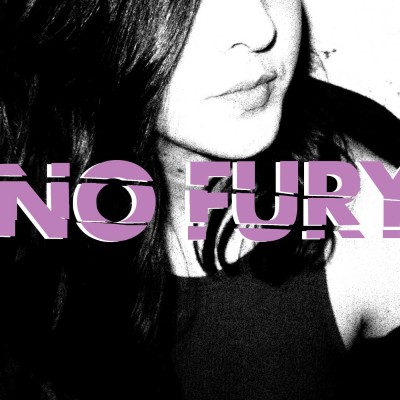