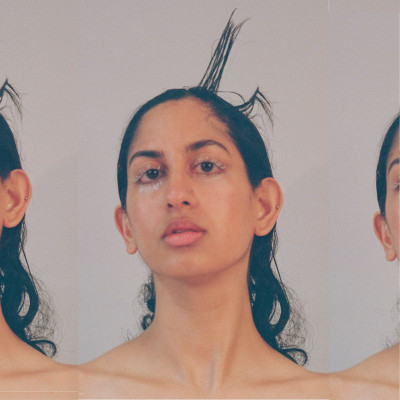 Jasper Lotti’s world exists as a parallel universe. In response to a simulated society she considers both stagnant and lukewarm, the LA and Maine-based singer-songwriter and producer has manifested an alternate dimension in which creation is reverse-engineered and time is not linear.

Jasper’s experimental approach to pop music has birthed a genre she refers to as “dys pop” (short for dystopian pop), and reveals both playful curiosity and twisted humor—traits that allow her to delicately skew reality through sound. She first arrives at many of her compositions by exploring movement and using her body to channel and release musical expression. Her movement and the music it beckons allow Jasper to suspend and transcend time.

Jasper began questioning our conditioned reality at a young age. Raised in a spiritual household in White Plains, NY, and born to parents who kept a Pooja Room (a traditional Indian prayer room), a library that housed sacred texts, and a mother who practices Reiki energy healing, she developed a worldview that incorporated multiple philosophies, making it natural for her to conceptualize dimensions outside of the one that dominate Western experience. At her Catholic primary school, where she was taught a strict and singular existential narrative, Jasper quickly developed a sense of skepticism—one that’s led her to embrace an aesthetic and identity she coins “the jaded holy child.”

But it was through spirituality that Jasper also found her musical footing. Encouraged by her grandmother, Jasper joined a neighborhood singing class, where other young, South Asian children learned the art of Hindustani classical music. Her school’s music teacher, a Togolese man who was impressed by her voice made a profound impact on her musical sensibilities, inviting her to join a local gospel choir he led, where she spent her early youth practicing and performing as a vocalist. Since, Jasper has consistently been drawn to music both as a creative practice and a spiritual awakening tool—ultimately an intuitive mechanism for escaping a suffocating matrix.

A hopeless romantic, Jasper’s haunting vocals are simultaneously imaginative and straightforward (“ur so vague and I like that”; “do you love me or do you love the idea of me”), and express an emotional complexity that would otherwise be limited by language. Lyrical paradoxes and sparse beats amplify infectious hooks and melodies, making them sound distantly familiar and otherworldly at the same time.

Jasper’s debut EP, XOskeleton, is a musical window into the parallel universe she’s created. The definition of exoskeleton, “a rigid external covering for the body in some invertebrate animals providing both support and protection”, hints at her longtime interest in biological science and provides a foundation for the stories she aims to tell with her music. 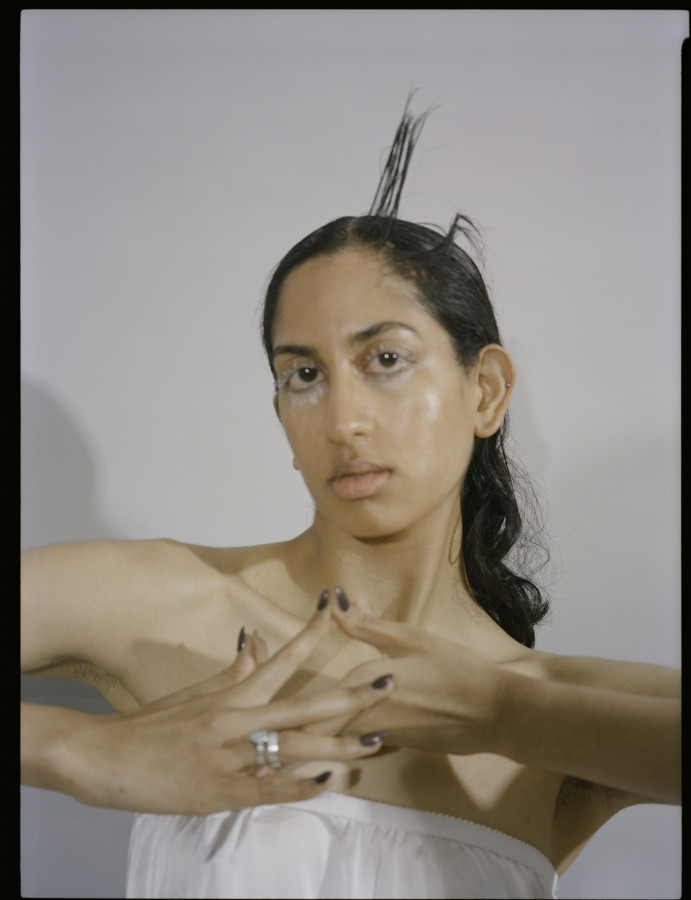