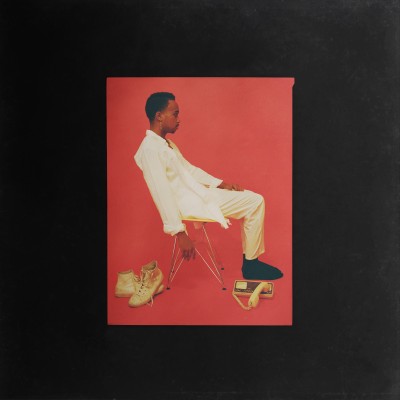 Language, the full-length debut from Starchild & The New Romantic, is the sound of Bryndon Cook occupying his space with unapologetic eloquence, envisioning a world where the crimson qualities of sensitivity and softness aren’t shamed, they are celebrated as magic.

“Black boys have a whole world of complexity that society makes us stomp out of ourselves." Language communicates Cook’s refusal to do so. Describing himself early-on as a “young romantic boy from Maryland," he’s long been a dreamer, a student of Black music’s rich lineage and its intersection with pop. Cook is drawn to landmark moments where artists have found truth in darkness; the diverse language of music living in their core. These records in which phrases and motifs are deployed to document worth and define perspective, identity, calls to action. The pop album as artistic statement, as thesis. This record is his; lifting off from the monochrome world of Crucial, his 2016 EP on Ghostly International, up towards a dazzling blood-rush of sky-high defiance and autonomy. On Language, Cook refines his phonics for funk, electro, and R&B, and arrives at a revelation, best summarized by a single motto: "my sensitivity is my strength."

The artist is bold and mercurial, using the album format to champion intersectionality and challenge notions and binaries; old and new, black and white, religiosity and sexuality. At first, the objectives were more intimate; he wrote as a means of diversion and catharsis. Lyrically, the album fixates on dissipated love, detailing his dependence on the device that once linked him to his former partner during tours.

“When I wrote these songs, the sunshine of my mind was beginning to set in a dark place. I found myself developing almost a surrogate relationship with my telephone. I would fall asleep at night clutching it, waiting for a call. When we parted, I would become attached to my phone as a conduit to this person I had lost. Melodies came to me all over the world. Quite often, hooks and choruses, which were catchy to me and distracted my mind from the immense, earth-shattering pain I was being railroaded through."

Even if the valleys of their relationship were debilitating – a "black goth realm" to his soul, as Cook puts it – he often overlooks them in hopes of more peaks, more light, resulting in his most earnest, warm-hearted material to date. Take the tender single, "Hangin On." Cook beams above a prismatic soul-tinged shuffle and luminescent keys, still visited by the past yet at peace with the present:

Fell asleep last night / Thinking about you. Saw you in my sleep, chased you till morning came. My mama said “follow your dreams” / Well I guess you were my warning. Now I’ve let myself go / Hope you’re still holding on

The pitch is far more pointed on the album's title track, a vibrant, funk-fueled opener that wastes little time making its purpose heard. "Should have stuck with me kid," Cook begins, as nasty as he is rapturous. By its end, he's in full control. "Can I get a witness?" He screams, invoking the power of an affirmation ushered from church aisles into the lexicon by Kirk Franklin.

Sonically and spiritually, Cook finds guidance in grand standards: looking up to producers Jimmy Jam & Terry Lewis, studying their contributions to the New Jack Swing era and pop music at large. Touchstone statements like Janet Jackson's Control, Michael Jackson's Bad, and Prince's 1999. Singular breakout LPs from Terence Trent D'Arby and Bobby Brown. The honesty of Bruce Springsteen's Nebraska and Carole King's Tapestry; the ingenuity of Laurie Anderson. Cook also reflects on recent years with Solange, as part of her touring band, and collaborations with Dev Hynes aka Blood Orange, as reminders of artistic individuality. "Being around them now urges me to find my own way of delivering my own messages."

Cook expands his message and its impact by arranging talents. For the first time, sessions included members of his band, The New Romantic, allowing for keyboard/synth parts to be recorded straight-through, with no punch-ins, and a more dynamic atmosphere overall. Further, Cook recruits The Newark Boys Chorus to underscore the most poignant lines of "Boys Choir," giving them the entire stage for the coda: "Be it understood. / This love is mine." Moves like this get to the root of the record: a contemplation of the boyhood that never truly leaves us. "In the Black community, any sign of femininity or childlike wonder is often misconstrued as weakness, because society has always expected us to be strong. They prey on us as kids and take us to prison like adults. They kill us on the street.”

Here, elevated, inside the carmine dust of Language, those pressures and boundaries evaporate. "We land on the moon, and we dance on it," proclaims Cook. "We scream up there where no one can judge us." 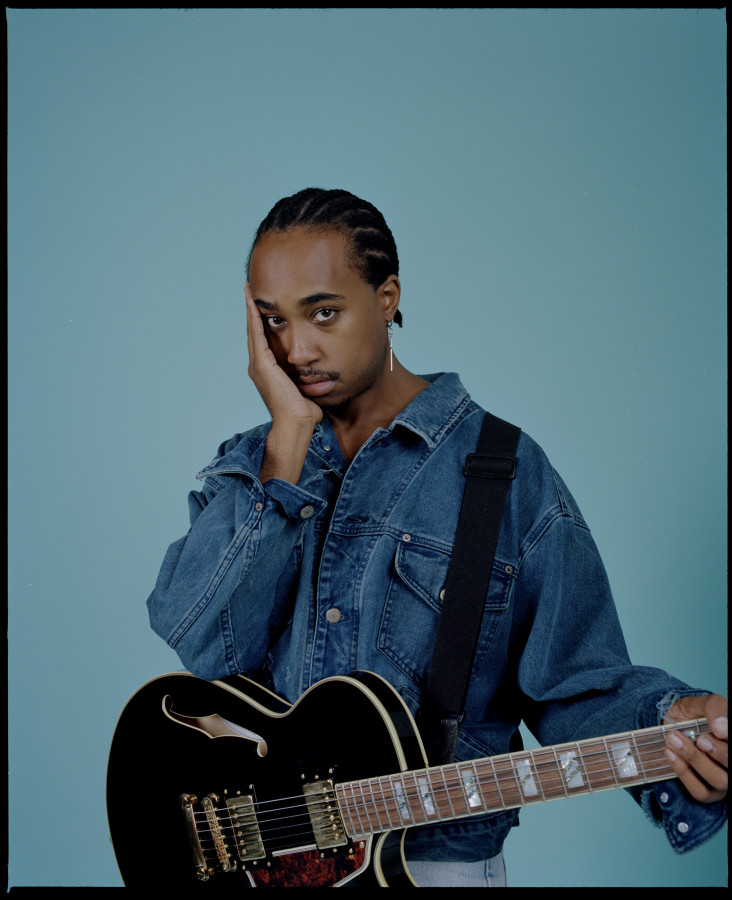 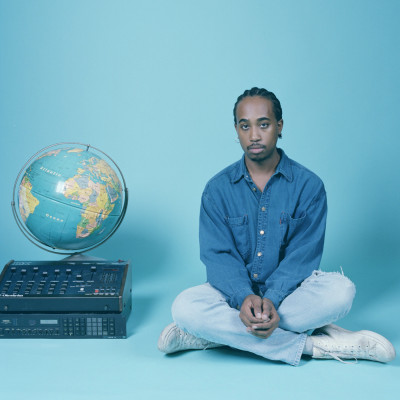 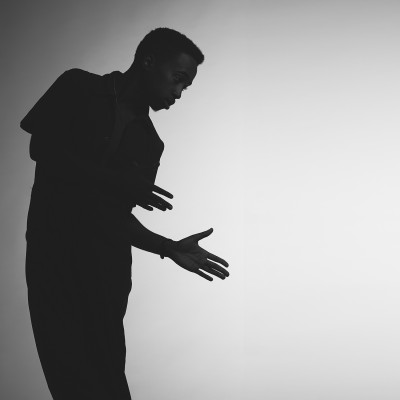