Banoffee Look At Us Now Dad 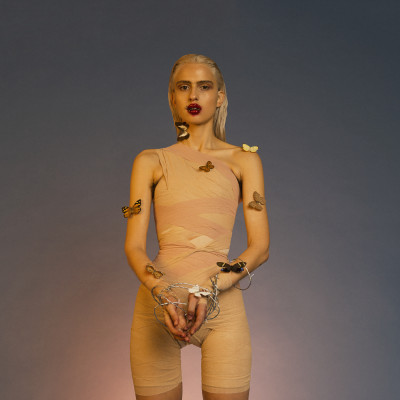 Banoffee is a Melbourne-born, Los Angeles-based singer/songwriter and producer with a transgressive and deeply vulnerable approach to music. She has toured with Taylor Swift on a worldwide stadium tour as part of Charli XCX’s troupe, and represents the new wave of mutant pop bubbling up from the queer club underground. She has been described as one of pop music’s “recent great forward thinkers” (FACT) and is known for infectious melodies that belie more unsettling, experimental textures and beats.

Look At Us Now Dad is Banoffee’s debut album, and it is an uplifting, optimistic journey that celebrates survival in the face of abuse and adversity. Featuring collaborations with SOPHIE, Empress Of, Cupcakke and Umru, and co-produced by Banoffee and Yves Rothman, it is a kinetic hybrid of experimental club sounds and earworm pop. “Each song uses human experience to talk about more complex concepts of addiction, obsession, heartbreak, and resurrection,” says Banoffee. “Not to dwell in sadness, but to join hands.”

The album was written in the two years after the artist moved to Los Angeles from Melbourne seeking a fresh start. Meticulously retracing her steps, Banoffee examined her life with a fine-toothed comb in order to reclaim her narrative and the struggles she’d once sung about in earlier releases. Look At Us Now Dad tells a story of survival—of abuse, sadness, and loss—and is a testament to the possibilities of rebirth. As Banoffee puts it: “Each track is about a struggle and achievement that anyone could experience, the ones that seem so trivial. We’re all survivors for one reason or another.”

Title track “Look At Us Now Dad” is a bittersweet ballad addressed to her father that examines how trauma is passed between family generations. In “Permission,” she's brutal and honest in her lyrics while singing in an auto-tuned glissando amidst haunting chasms of empty space. “Count On You,” a full-throttle anthem fueled by blasts of jagged synths and written at the peak of the #MeToo movement, is a relentlessly upbeat declaration of solidarity with survivors. “Ripe,” co-produced with SOPHIE, is a propulsive pop banger where Banoffee’s shimmering, angelic vocals plunge into a demented underbelly of flouro-synths and twisted club sounds.

Across the album, the production’s textural emphasis on crunchy sounds and smooth transitions serves as a darker, more experimental foil to Banoffee’s narrative-driven lyrics and hook-laden melodies. “It’s an exciting time for pop music,” says Banoffee, who relishes her position at the border between avant-garde art and above-ground pop. The broadening of the popscape to include more radical and queer artists such as herself is heartening—and playing in Charli XCX’s band on the Taylor Swift tour taught her a lot about how commercial music brings people together. “Pop isn’t lyrically political like in the 60s,” she says, “but now, the existence of these avant-garde pop artists is advocacy in itself. Our existence, and rise to the top is more political than we could put into words.” 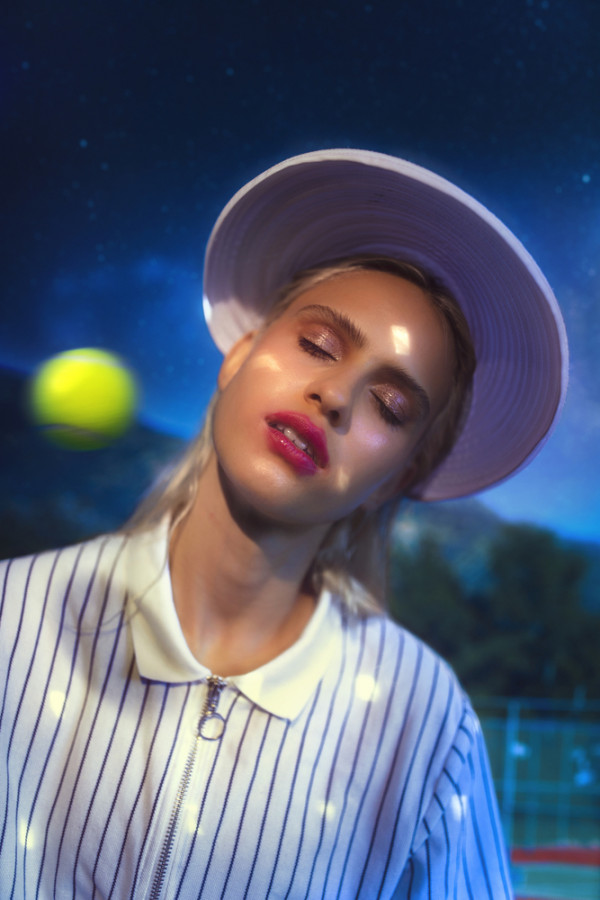 Look At Us Now Dad