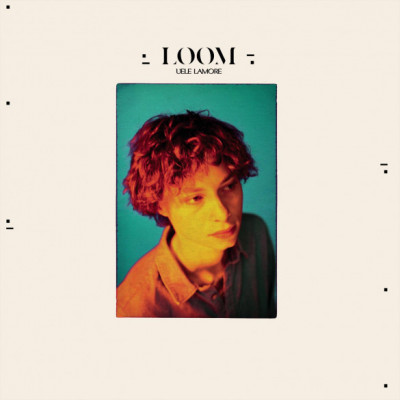 “I wanted to showcase different ways of approaching sounds and musical genres. And that comes from a place of just loving music.” - Uèle Lamore

Uèle Lamore has always explored music’s infinite possibilities. Been enraptured by the joy it can bring. Both elements have fueled the 27-year-old Franco-American artist’s curiosity and creativity as she’s deftly weaved a love of jazz, rock, indie, hip hop, trip hop, and classical music with conducting the London Contemporary Orchestra (LCO), experimenting with AI-generated sounds, and exploring modular, electronic, and synthetic elements.

Fitting then that her debut solo album is titled LOOM, which is set for a January 28th release via XXIM Records/Sony. and can be pre-ordered here. Originally, it was conceived back in 2019 as a series of rough, brooding sketches that leaned heavily on ambient electronica. But after Covid-19 shut down much of society, Lamore went back to her original recordings and decided to rework them. With one eye on the eventual return of concerts, “fun” was a watchword.

Today Lamore shares the new single and video for "Breathe" directed by directed by Yannick Demaison & Alexis Magand, which gets a premiere over at Audiofemme alongside a Q&A as well. The new track is a shapeshifting piece of music, with her organic/orchestral instrumentation complimenting the deftly-produced electronic melody. "'Breathe' is a track that is about letting go of your worries, and living for the instant: embracing happiness and freedom," she describes. "It is also a nostalgic track referencing a lot of elements of early "french touch" music that was very influential to me: artists like Air or the band Phoenix." Check out the video on YouTube.

As heard on the album, guitar has always been Lamore's first love – as a teenager she learned to play by listening to Arctic Monkeys – and so she began by sprinkling guitar parts liberally throughout LOOM’s eleven tracks. That led to bass lines and drums, and, eventually, strings. ‘Intro’, the record’s opening track, was the first song she transformed, and set the tone for what followed.

Dark ominous buzzing and dissonance gives way to a maximalist mix of soaring synth lines and driving guitars, all laid over gentle chants and a heart-beat rhythm. Bracing stuff for an opening salvo. “It has the energy that I wanted the record to have, very contrasting sounds, but with clear influences,” says Lamore.

Next up was closer ‘Warmblood’ with French singer-songwriter Ana Benabdelkarim, AKA Silly Boy Blue, on vocals. Like the two other tracks featuring vocals – ‘The First Tree’ and ‘Pollen’ featuring Cherise – the music was written with a specific singer in mind; they all said yes. “I knew exactly who I wanted for each of the three tracks,” says Lamore, “and I had Benabdelkarim’s voice in my head as I was working on ‘Warmblood’.”

Having sent over demos, Lamore had long phone conversations with each singer about the intent behind the music, and what she was hoping to convey. But they were completely free to write their own lyrics. “I said: ‘Just do whatever you want with what I’m telling you’. I knew their work, and so I totally trusted them.”

The results are spectacular. “Can you hear me do you wanna feel the fire?” Benabdelkarim’s coos on the sparse, stylish ‘Warmblood’. Calm and poised, it’s a study in less is more, something that was a very deliberate decision. “I really wanted to put space in the songs with lyrics, so they could play with their voice and the words,” says Lamore. “It’s refreshing to have somebody else add new energy, and to see how they interpreted the song. I wanted to do that justice.”

With the first and last songs reworked, Lamore set about the rest, determined to make a “cohesive and coherent” record, and a definitive artistic statement. A common theme is contrasts – between sounds, textures, and moods. So it is that ‘The Dark’s' moody synths and driving beat – the snare cracking like a whip – gives way to the playful ‘Creation’, full of chiming, bell-like synths and plucked strings. ‘Breathe’ is equally as light and uplifting, its elegant strings conveying a gentle euphoria, before the shimmering, 80s’ inflected ‘CURRENTS’, with its vocals buried under vocoder effects.

‘Predation’ takes a techno undercarriage and lays chirrups and synth trills over the top, nailing a glitchy, anxious atmosphere while ‘Dominance’s epic, swooning strings and piano arpeggios conjure a cinematic quality. Powerful lyrics too; “Nobody in this planet can be rootless”, sings Hopkins. “The colour of the land you're carrying is where the truth is”.

“I see my lyrics as a spoken translation of what the very cinematic composition illustrates,” says Hopkins of his input. “The story is about the core of humanity, the fate of an innovator, and the evolution of a human being becoming a leader.”

Lamore has deployed the full range of her talents to push further in new directions, and create a modern masterpiece. “I’ve ended up with a set of skills that’s made it possible for me to do things that might not be expected,” says Lamore. “LOOM was crafted with love, care, and a lot of intention. It’s its own genre – and I just want it to be heard.” 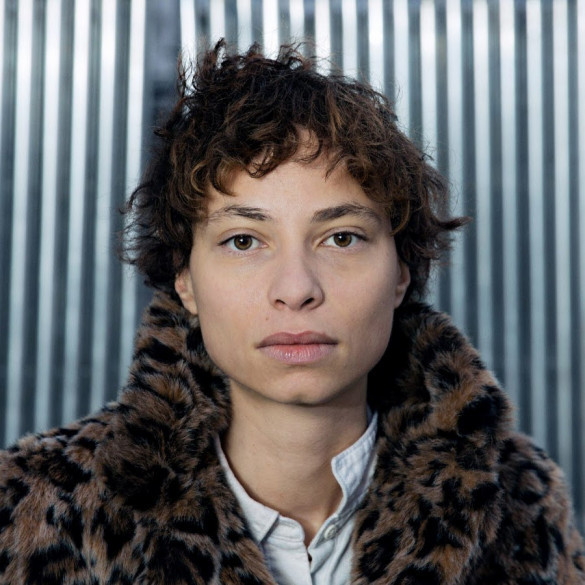