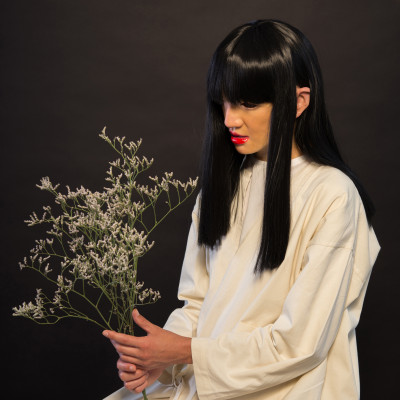 Throughout her discography and performances, experimental pop and performance artist Sui Zhen has zoomed in on the intersections between human life and technology — how to exist in the digital age, as well as the ways in which we risk losing true sight of ourselves in the process. Sui Zhen’s third album, Losing, Linda, pairs her signature inquisitiveness with a surreal electronic pop that possesses a dreamlike quality: vivid, uncanny, and upon close examination, revealing of deep emotional and personal truths. It’s an album that examines loss on multiple levels — from the death of our loved ones, to our widespread societal tendency to disappear within the ones and zeroes of modern life's tech-driven rush.

Losing, Linda is the latest chapter in Melbourne artist Becky Sui Zhen's musical journey, which has, to date, included involvement in the Red Bull Music Academy, and spanned collaborations with dance and electronic artists like NO ZU, Retiree and Tornado Wallace (featuring on the producer’s standout “Today” from 2017’s Lonely Planet). She’s also been commissioned for scoring and composition work in the ambient sphere, such as creating a “spatially aware soundtrack” to an exhibition at the Art Gallery of NSW, and providing the live score for Chris Marker's 1983 documentary Sans Soleil. This year alone will include performances at Dark Mofo, Meredith Festival, and Inner Varnika, plus collaborations with Møzaika and a track on an upcoming compilation for Munich’s Public Possession label.

Sui Zhen released her debut album, Two Seas, in 2012. Beguiling and enchanting, the record proved to be an early indication of her fascinating melodic structures and compelling lyrical themes — but it was 2015's Secretly Susan that would be her breakthrough. Drawing on dub, lounge, and bossa nova influences, Secretly Susan presents as a synth-pop simulacrum, exploring digital life's myriad intersections with the real. “Brilliant and uncanny,” Pitchfork writes, the album “radiates humor and charm.”

The story of Sui Zhen’s latest album, Losing, Linda, began in August of 2016, when she took up an artistic residency in Sapporo, a Japanese city on the northern island of Hokkaido. Sui Zhen originally came to the residency equipped with demos conceived in the wake of Secretly Susan — but real-life tragedy intervened, as her mother was diagnosed with pancreatic cancer. Sui Zhen’s family insisted she continue with the residency as planned, but the experience proved indelible and she abandoned the demos to start anew.

In the process, a sense of overall mortality was unmistakably infused into the thematic structure of Losing, Linda. It’s apparent across the lyrical sentiments of the swingy, bossa nova-laden "I Could Be There,” as Sui Zhen sings with straightforward zest, "When you show me that you know all that's left to be/ That's the only way you knew to raise our family." It’s a powerful sentiment turned askew, delivered with lightness over pitter-patter drums and rubbery bass lines; a characteristic duality of Sui Zhen’s work. Elsewhere, “Mountain Song” describes a traumatic and potentially fatal hiking expedition on Mount Asahidake — a memento mori, subtly and stealthily rendered with a bossa nova lilt and soft orchestration.

After the residency came to a close, Sui Zhen's band members — instrumentalists Ashley Bundang (Zone Out, Hot Palms, Ciggie Witch) and Alec Marshall (Hot Palms, Emma Russack) — joined her in the Tokyo-adjacent city of Matsudo to track full-band demos for the material she'd written back in Sapporo. The new locale also inspired the gentle oscillations of "Matsudo City Life," a throbbing synth-pop slice of effervescence that practically sounds like steam rising off of a nocturnal city street.

Sui Zhen eventually returned to Australia to be with her family, with work on the album becoming more sporadic as her mother's health declined, leading up to her passing in February 2018. “Looking back it was pretty intense,” Sui Zhen says. “There’s moments that occurred that haunt me still. And some of those moments have been recreated in my video project – turned into art, memories of memories.”

After some time away from the album, Losing, Linda was completed near the end of 2018. "I finally felt ready to return to the album," Sui Zhen explains. The resulting record pushes the fascinating sounds and ideas of Secretly Susan further and deeper, drawing equally from the plush realms of Sade, Japanese city pop, the early electronic music of the 1980s, and the mournful swing of Tracey Thorn's early work. Sui Zhen cites a range of forward-thinking artists from past and present as inspiration, from Lizzy Mercier and Laurie Anderson to Holly Herndon and Suzanne Ciani. The lush body-moving pop of "Being a Woman," for example, finds Sui Zhen's personal experience colliding with her own self-investigation, as she sings about her relationship and struggles with femininity: "When I grew up/ I thought I had to be/ Somebody's mother/ Or somebody's daughter." It's a striking example of the personal, political, and societal themes at the center of Losing, Linda, packaged as an infinitely listenable pop song.

Much as Secretly Susan was constructed around a titular character, on Losing, Linda Sui Zhen takes the theoretical form of "Linda," a digital doppelgänger and avatar invoking the e-learning channel Lynda and its founder Lynda Weinman, as well as the humanoid robot BINA48. The character of Linda is personified on the album's cover by choreographer and colleague Megan Payne, whose literal embodiment of Linda interrogates the disembodiment of online life, and calls into question the possibility of death in the digital age. "It’s an album about missing people after they are gone and trying to pre-empt loss — not only loss of life, but memory and information," Sui Zhen explains. "I see it mirrored in our increasing need for data storage. Why are we collecting and documenting so much, anyway?”

“It’s also a simple ghost story about being haunted by our other versions and our past selves,” she continues. “Our mothers, fathers, ancestors — that possibility that another may exist, intangible in the physical realm, but ever present in memory, so long as memory functions."

The album will also be accompanied by a digital ecosystem, aiming to create an online world for listeners where they can interact in real time with Linda. “It’s somewhere between a ghost, a memory, and a digital assistant" Sui Zhen explains. In other words, a perfect evocation of what Losing, Linda represents thematically and musically: a trip through the real and the uncanny. Losing, Linda is a lovingly personal and humanistic document of our ever-changing world, the things we lose along the way, and the insights we gain from loss itself. 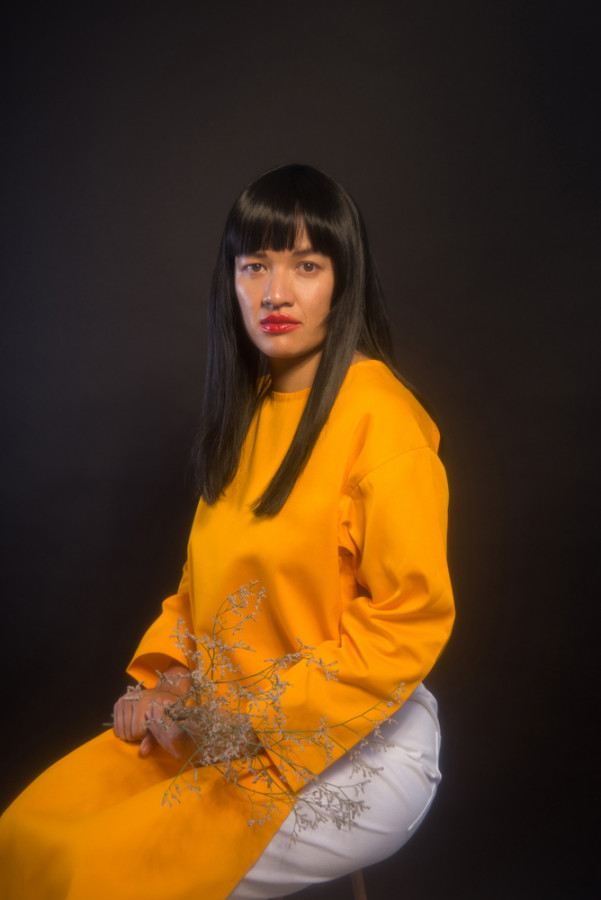