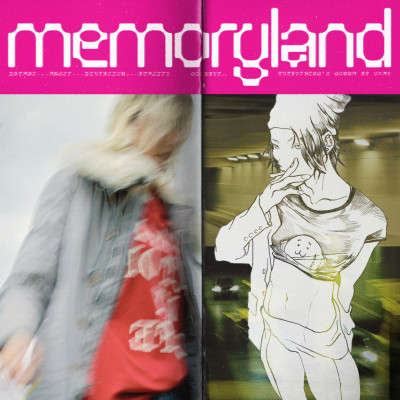 Michael Silver (aka CFCF) is a Grammy-nominated artist to whom pop sensibility seems to be second nature. The Montreal native has been making music in his bedroom since he was 12 years old, and over the past 6 years or so that the rest of the world has been able to share in his pop experiments. This wide scope of interest in genre and pop structure and mature melodic instinct allow him to shift gears effortlessly from Techno & House to Ambient & New Age; from restrained art-pop to the melancholy micro-genre known as ‘Night Bus’ (of which Silver has been a pioneer), and everything in between. His pop music can be sweetly sad or creepily disturbing, but it is always fundamentally Pop.

CFCF’s debut LP, ‘Continent’ (2009), was an impressive and prescient collage of vintage electronic textures evoking grandiose , neon- soaked landscapes worthy of a Michael Mann film. Across its 12 tracks, he explores numerous styles, including tropical-tinged house, nervous film-score electronics, and lush, beat-driven soundscapes, resulting in a cohesive masterclass on the variety of dance music.

‘The River’ (2010), an EP based partly on Werner Herzog’s classic film Fitzcarraldo, deepened a growing obsession with conjuring far-away landscapes and voyages through a style which is at times melancholy, propulsive and ecstatic. This vivid record creates a world that is fantastic, frightening, and illusory, using acoustic guitars and ambient synthesizers to evoke the madness of the jungle.

Silver’s craft grew considerably following these releases with a pair of complimentary EP’s. ‘Exercises’ (2012) incorporates influences from neo-classical composers like Philip Glass and Steve Reich, to Brutalist architecture, to the film and musical works created by Norman McLaren at the NFB. Pitchfork called it “chilly, spacious, and oddly out of time”, noting that “by stretching out into classical-and kosmische-informed keyboard selections, CFCF has reached a place where his next options are almost limitless.” This was followed by

‘Music for Objects’ (2013), a more micro exploration of the secret life of inanimate objects, the meaning we give them, and the small moments they inhabit. As per Pitchfork again, “it's another excellent chapter in CFCF's story, a strong case for how much unexpected magic can be found in the ordinary and, more importantly, in CFCF's ever-mutating discography.”

Silver’s 2nd full-length LP, ‘Outside’ (2013), feels like a culmination of the ideas Silver was exploring. Much of the tracks were written while he was traveling on buses and trains, usually be- tween Montreal and New York or Toronto, and the music reflects the yearning for stability that comes from constant movement, as well as the fascination with the inherent beauty of new environments. Silver’s vocals are finally in the forefront here, and in the hands of a less defined artist, there'd likely be a disconnect between the external and internal elements of emotion, but Silver excels at making songs that situate him in particular environments, exploring how they effect his emotional state through the contrast of natural and synthetic elements. In some cases, artificial choirs intermingle with live drums and, unexpectedly, electric guitar, which provides the thrust of some tracks ("Find," "Beyond Light") and works to subtly thicken others, like Silver's excellent cover of Bonnie 'Prince' Billy's "Strange Form of Life," which he's reworked into a lush moment of visceral, heartbreaking sadness.

In 2015, CFCF follows up this impressive discography with two new explorations of the New Age aesthetic which is experiencing a strong resurgence. The first is a new LP titled ‘Radiance & Submission’ (2015). Adding acoustic guitar to his trademark warm synths and masterful electronic production, Silver has made an album that plays like a dreamtime paean to ECM and Windham Hill’s catalogs of meditative folk explorations. Silver’s guitar arpeggiates sublimely throughout the record, at times sounding like a choir of otherworldly hammered dulcimers. Fragments of voices, chattering percussion, nature recordings, film samples, and Silver’s sparse vocals arise and disappear, calling from somewhere just outside the boundaries of the waking world.

Immediately following this, Silver released ‘The Colours of Life’ (2015) on Vancouver label-of- the-moment 1080p. The album is a continuous 41-minute piece exploring the boundaries of New Age cheese, in the most sincere and devoted manner possible. Silver states in a recent press release, “The song that really inspired the first iterations of ‘Colours of Life’ is “Hand in Hand” by Phil Collins, from ‘Face Value’. It’s a super simple corny song built on a Roland CR- 78 loop and just the silliest pan-global optimistic tone. And I got into the idea of doing a record of music like that, that would incorporate a lot of this stuff I was listening to and be of use as like, call waiting background music, just the most pleasant thing and kind of trying to push to the edges of tolerable cheese in some places, but also have it be totally sincere and not ironic, like actually purely pleasurable music.”

Following a 12” of straight-ahead techno & house called ‘Head Up’ (2015), CFCF ventured onto Mark Barrott’s Ibiza-based International Feel Recordings for the blissfully low-key ‘On Vacation’ (2016) mini-album, a collection of balearic-via-new-age recordings aimed at earnestly capturing a kind of relaxed, worldly atmosphere which exists only in films. Exotica blended with pastoral ambience, executed with both absolute sincerity and a hint of a wry wink.

In early 2016 CFCF was nominated for a Grammy for Best Remixed Recording for his take on Max Richter’s “Berlin By Overnight”, which was commissioned by the esteemed Deutsche Grammophon label. He has continued to be active within the Recording Academy, serving on the nominating board in 2017 for the Best Dance/Electronic Recording and Best Dance/Electronic Album categories.

In late 2016, Silver collaborated with noted classical pianist Jean- Michel Blais on a live performance commissioned for the Montreal edition of the Red Bull Music Academy. Seamlessly blending their respective electronic and classical backgrounds, the haunting performance lead to the release of a collaborative EP titled ‘Cascades’ (2017) on Arts & Crafts Records, which was released to stellar reviews and lead to further live performances at CBC Studios, The Montreal Jazz Festival and SXSW. The standout track, “Hypocrite”, was featured in McCann Canada’s “Canadian Dream” ad campaign for Chevrolet, which was the #1 ad of 2017 on the Youtube Canada Ads Leaderboard.

The 3-track dance 12” EP ‘Self Service’ (2018) followed through on the trance and house strands of his previous two releases, containing propulsive tracks featuring dramatic strings, ebullient slide guitar and crunchy filtered samples. ‘Liquid Colours’ (2019) is CFCF’s latest re- lease, a ‘spiritual sequel’ to his much-loved ‘The Colours of Life’, with that album’s kitschy new-age odyssey recast under the gauze of glossy Y2K-era jungle/d’n’b, electronica and chill-out.

In March 2021, CFCF announced one of his most ambitious projects to date, the double album ‘memoryland’, a kaleidoscopic electronica album that takes a range of styles from his earliest formative listening years (1997-2000) and throws them in a blender. Elements of jungle, house, "electronica", 2step garage, trance, pop and post-grunge are blended to form a glossy picture of restless youth in an identity crisis. Strong press from Pitchfork, Stereogum and Resident Advisor helped boost anticipation for this latest endeavour.

In between all these releases Silver has stayed busy with a series of evolving mixtapes. ‘Do U Like Nightbus?’ explores the titular “genre” through his remixes of Aaliyah, Ciara and ‘Twin Peaks’, while ‘Reincarnation’ presents a dark mindmeld of exotic chants, pounding drums, R&B crooners and menacing dancefloors. As with his own music, you get the feeling you are embarking on a fantastic journey to an unknown destination. Silver followed these with sequels

‘Night Bus II’, ‘Night Bus 3’, and ‘Night Bus 4’ further proved his considerable skill at drawing connections from disparate genres through seamlessly and expertly crafted mixtapes. Taken together, the Night Bus series feels like a dissertation on a fictional genre, one where the only signifiers that draw its music together are neon-lit rain- soaked streets, a feeling of world-weary relaxation while decompressing on a city bus.

As a DJ and a live act, CFCF has toured across Europe and the Americas in a variety of contexts. He’s DJed with indie acts such as Toro y Moi, Neon Indian, and Caribou, played The Museum Of Modern Art’s PS1 Warm-Up venue with Animal Collective and Oneohtrix Point Never and full on parties with Hercules and Love Affair, The Juan MacLean, Nguzunguzu, and Purity Ring, among many others. He has appeared in a live webcast DJ mix on the Boiler Room channel, and DJ’d at events like The Fader Fort in Austin and New York. As a live act, he has performed alongside Tim Hecker (in a church in Calgary, Alberta) and Nils Frahm (at the Decibel Fest in Seattle). With Jean-Michel Blais, CFCF performed a specially- commissioned concert at Place Des Arts in Montreal as part of the Red Bull Music Academy, after which the pair took the show on the road to Luminato Festival in Toronto and SXSW in Austin, Texas.

Silver is also active in the art and film world. In 2013 he contributed music to artist Doug Aitken’s “Song 1” video installation and performance at the Hirshhorn Museum and Sculpture Garden in Washington, DC. In early 2015 he contributed to the Minneapolis- based Walker Art Center’s ‘Intangibles’ project, where he created a piece of intangible art to be purchased on the museum’s website alongside pieces by Nico Muhly and Martine Syms. And in early 2016, Silver collaborated with visual artist Andrew Thomas Huang, renowned for his continuing collaboration with Bjork on all visual aspects of her last 2 albums ‘Vulnicura’ and ‘Biophilia’, on a new immersive video piece titled ‘Interstice’. In 2018, Silver was nominated for the Best Original Score at the Quebec film industry Iris Awards for his pulsing electronic score for the crime film Boost. 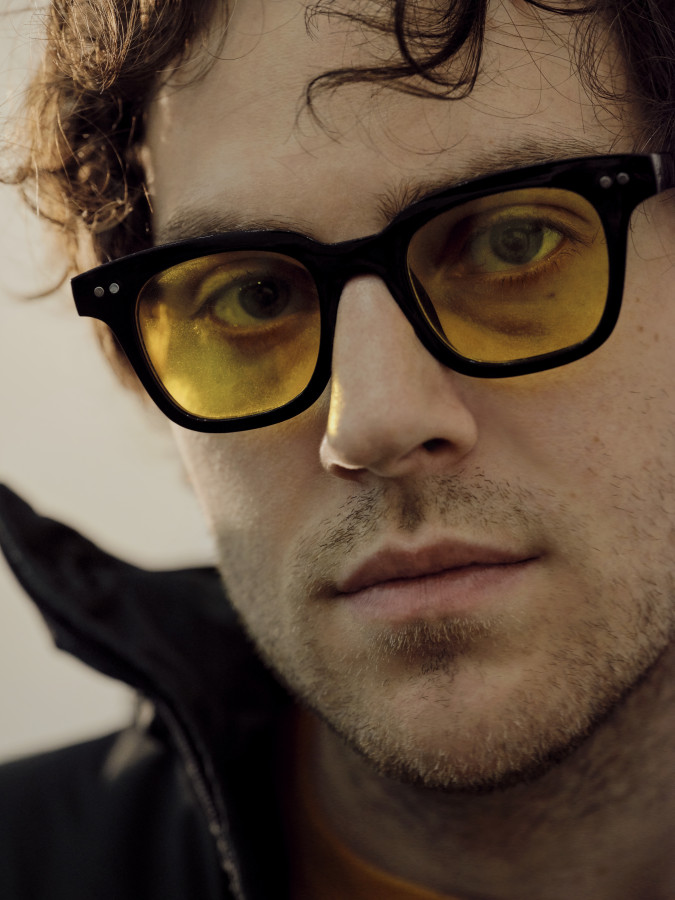 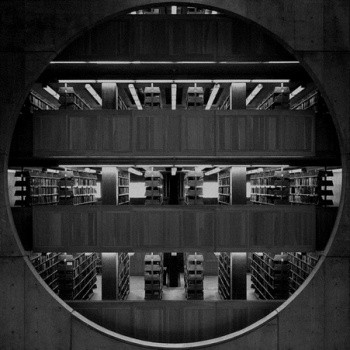