Here’s how it often goes with Middle Kids.

A song will come to Hannah Joy, usually by surprise, sometimes in the dead of night, almost always in private. With the house to herself, the singer-guitarist-songwriter will tinker with it, sketching her verses and loosely framing how they could fit within the music.

Then, when she’s gone for the day, bassist Tim Fitz will see what she has done and add his own shape-shifting elements and figure out if they jibe with Joy’s ideas.

By the time Harry Day is ready to polish his parts on drums, there’s still room for him to put his stamp on the work.

“Even though Tim and I live together and we’re married, the work flows usually more when the other person is gone,” Joy says.

“There’s a deep level of trust that comes with that,” Joy says. “I’m happy to give Tim a song to do what he wants with it, and he’s happy for me to have the space to do what I want.”

One listen to Lost Friends, Middle Kids’ forthcoming debut on Domino, and it’s clear that the rising Australian trio is aligned with each member’s own vision. Its 12 songs veer from brittle blasts of indie rock to elegiac piano ballads to pop anthems destined to ignite stadium singalongs.

Already armed with a sleeper hit (“Edge of Town”), and with Lost Friends expected in the spring, the band is poised to break out well beyond its native Sydney in 2018.

Middle Kids’ debut is the kind of album that sucker-punches you in the gut, revealing its nuances only after repeated listens. They kept the songs’ edges jagged, the production clean, keen to let stray imperfections imbue warmth and a human touch.

The opening “Bought It” is an immersive introduction, capturing the band in miniature: It begins in a vulnerable place but flames out in a fit of sonic cacophony. Lost Friends brims with radio catnip, from the driving wall of sound that kicks “On My Knees” into overdrive to “Mistake” and its infectious chorus that could have been lifted straight out of a long-lost Fleetwood Mac album.

As the band’s lyricist, Joy is unflinching in her ruminations. “Don’t be hiding/ I am not that bothered by the stuff you’re fighting/ For no other reason that it/ Makes it more exciting,” she sings on “Don’t Be Hiding.” “You don’t have to sell it/ I am sold/ So give me all your garbage and your gold.”

She’s curious about the world, but her songs aren’t self-righteous about its topsy-turvy state of affairs. Joy insists it’s impossible not to reflect and process what’s going on around her.

“In a time where a lot of division is growing, we want to be part of the conversation that unites people around certain ideals that are universal, like hope and love,” she says.

“That’s so much a thread throughout this album: Even though things are tough, it’s worth believing in something good and in the idea that we can heal. And in some ways, I wanted the music to be beautiful and a respite from what’s going on.”

It is indeed beautiful, and yet it’s also a strange brew of skittering tempos, melodies that suddenly shift from major to minor chords, and rhythmic interludes that set the band apart from its peers. As soon as you think you’ve pegged them, they dart into another direction entirely. It’s no small feat that Middle Kids lift a middle finger to easy categories on their first album.

But then, Joy, Fitz, and Day have always been musical chameleons with outsized aspirations. Joy has cast her songs in various settings over the years, dabbling in dance pop and chamber folk. Too insecure to pick up a guitar, she was initially convinced that wasn’t cut out for rock. Raised in a family that values intimacy through music, with two grandmothers who were church piano players, Joy is used to singing hymns in four-part harmonies.

That’s where she learned how to “lead people in song,” as Fitz puts it, which is different than performing in front of a crowd. Joy engages listeners, her eyes often locking with theirs at performances. There’s nothing contrived about the way she relays her songs in a voice whose depth of emotion is, quite frankly, startling.

Fitz took his own circuitous path to the band, having grown up in Papua New Guinea in a village in the jungle, where his parents worked as doctors. Before they uprooted to Australia when he was 10, he didn’t have much experience with electric music. Rhythm, however, was all around him, which partly explains his off-kilter musical ideas that often drop Middle Kids’ songs down quixotic rabbit holes.

“Having diverse influences, we’re not always coming from the same point of view, and that’s actually helped our music,” says Day, who studied jazz performance at the Sydney Conservatorium of Music. “I think the songs would be different if there was a true rock dog in this band.”

When Joy and Fitz met through mutual friends in 2014, she was taken by how “bizarre” (her word) and heartfelt Fitz’s own songs were. And the admiration was mutual.

“Hannah’s the only person I know who regularly makes people cry just by singing,” Fitz says. “When she’s singing about something she finds beautiful, there’s still a bit of chaos in there. Her songs will sometimes sound like how the world feels.”

When they started to work together on her solo material, the alchemy was immediate – and sort of singular. “Both Tim and I have been such lone rangers in many ways,” Joy says, “so it was exciting to feel like you could find someone else who makes you so much better.”

They ended up writing and recording most of Lost Friends in Joy and Fitz’s home, just as they did with their self-titled EP, which Domino released in early 2017. Buoyed by “Edge of Town,” which makes its proper entrance on this new album, that six-song sampler earned the three-piece praise from Rolling Stone and taste-making Aussie radio station Triple J. It also landed Middle Kids at South by Southwest and on tour with Ryan Adams and Cold War Kids.

All three members share at least one common thread, though: They know how to craft classic hooks and riffs that tangle up in your brain like taffy and choruses that linger long after the song has faded. And they’ve bonded over a greater sense of what their music should accomplish.

“We are obsessive about music, but we don’t see music as the end point. We see it as an amazing force of connection,” Joy says. “We feel like as we are growing as people and becoming more human, that influences the music. We’re really committed to each other as people first, and then the music comes out of that place.

“There’s a cool energy in this band,” she concludes, “because we know we couldn’t do this on our own. We’re a part of something pretty special together.” 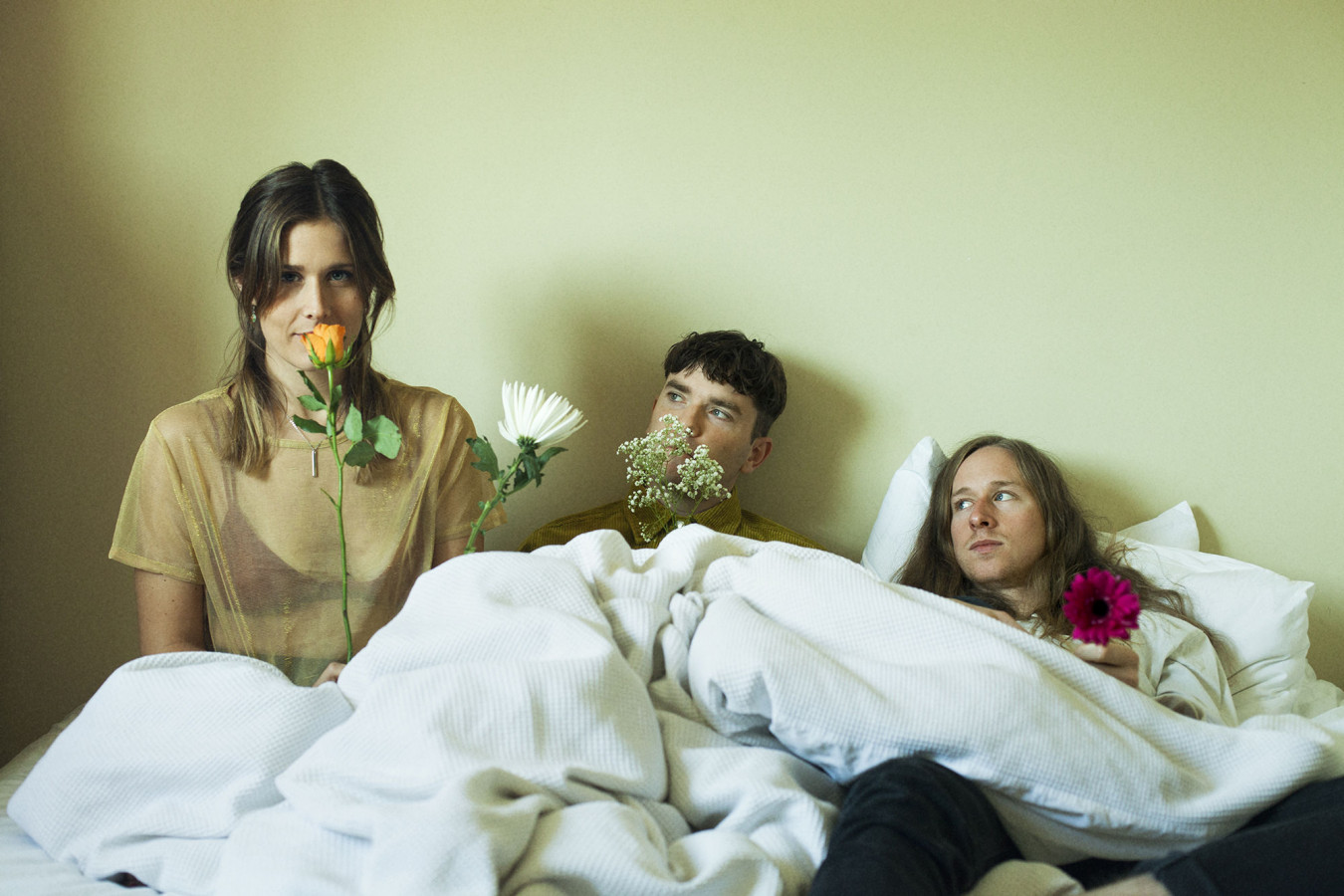