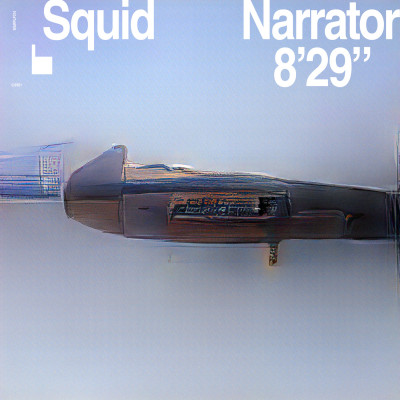 Squid’s debut album is the connected product of five people who’ve been able to streamline all their thoughts, energy and creativity into one thing: creating an album of towering scope and ambition.

The five piece - consisting of Louis Borlase, Oliver Judge, Arthur Leadbetter, Laurie Nankivell and Anton Pearson - met in Brighton in 2015 whilst at University. Connecting over a love of ambient and jazz, they began playing together at a local jazz café. Their tastes widened and skills expanded, and soon the propulsive sounds of 1970s Germany found its way into the band’s already eclectic palate via their debut EP, 2017’s Lino.

A year later followed single ‘Terrestrial Changeover Blues (2007-2012)’ and with it came another progression via its woozy, hypnotic and unfurling grooves. ‘The Dial’ proved a breakthrough moment for the band, connecting them with their producer Dan Carey (Black Midi, Fontaines DC, Kae Tempest, Franz Ferdinand) and his label Speedy Wunderground. ‘Houseplants’ - a frantic and frenetic burst of wiry post-punk and jagged kraut-jazz - then rocketed the band to one of the most hyped in the UK. It was A-listed by BBC Radio 6Music, knockout tours and festival sets followed, from SXSW to Glastonbury, as did glowing press from The Guardian, NME, The Face, The Quietus and countless others. The band was also on the longlist for the BBC Music Sound of 2020 poll.

Working with Carey and his label again, they released the Town Centre EP, which Pitchfork described as sounding like “a declaration of limitlessness.” This sense of limitlessness, endless progression and perpetual forward motion continues on their debut for Warp. The label being the perfect home for the band and their ongoing experimental spirit, which they share with the pioneering electronic artists that have been on the roster over the years.

Some bands might be tempted to include previous singles on their debut - and the band already released two more in 2020 via ‘Sludge’ and ‘Broadcaster’ - but instead, the album is completely new. “It had to speak for itself as a whole,” says Leadbetter. “To do that, we couldn't include songs of the past. They've had their life and we’ve moved on.”

For the writing sessions, the band decamped at Judge’s old local pub in Chippenham instead of their usual haunts. “I think there is a tonal element, and sense of urgency about the album that comes from the time constraints we had when writing that way,” says Borlase.

That said, the album is also deeply considered, paced and intricately constructed. Stick five young men in a pub to write their debut album and many would come out in a hungover fog with scattered ideas but Squid used the time for endless experimentation.

For the recording, Squid hunkered down in Carey’s London basement studio in the middle of a heatwave. The fact they could trust their long-time collaborator Carey - along with engineer Alexis Smith - made the recording such a fruitful one. “One thing I found so inspiring about working with Dan was his openness to experimentation and his intuition of what needed to be done,” says Leadbetter.

The end result is an album that manages not only to eschew but to transcend genre, making its trajectory impossible to predict. The opening ‘Resolution Square’ - whilst only 40 seconds long - perfectly captures the group’s boundless creativity, featuring field recordings of ringing church bells, tooting bees, and the results of a microphone swinging from the ceiling orbiting a room of guitar amps.

From then on in it moves from the endless groove of ‘Narrator’ which ricochets from funk strut to screeching chaos via the melodic touch of guest vocalist Martha Skye Murphy, to the infectious skip of ‘G.S.K’ - as heavy on immersive texture as it is on light touch brass work - via the enveloping atmospheres and post-rock soundscapes of ‘Global Groove’.

As an album title, Bright Green Field conjures up an almost tangible imagery of pastoral England. In reality, it’s something of a decoy that captures the band’s fondness for paradox and juxtaposition. Judge speaks of a push-pull element to this album, which is present sonically in its tension and release approach, as well as thematically and lyrically. Within the geography of Bright Green Field lies monolithic concrete buildings and dystopian visions plucked from imagined cities.

Squid’s music - be it agitated and discordant or groove-locked and flowing - has often been a reflection of the tumultuous world we live in and this continues that to some extent. “This album has created an imaginary cityscape,” says Judge, who writes the majority of the lyrics. “The tracks illustrate the places, events and architecture that exist within it. Previous projects were playful and concerned with characters, whereas this project is darker and more concerned with place - the emotional depth of the music has deepened.”

The band had a shared ideas and influences folder, which was quickly filled with literary references. “A lot tended to be sci-fi and cyberspace stuff,” says Nankivell. Judge then started to draw parallels between these sci-fi worlds and some of the bleaker aspects of contemporary society. “Although this city is not a real place and exists in the imaginary and cyber spheres, it borrows clear characteristics from the real world we live in,” he says. “A kind of dystopian British cityscape.”

With all band members playing such a vital and equal role, this album is very much the product of five heads operating as one. “We’re all going through different phases of our life as a band and as individuals so that contributes to the eclecticism which is inherent in what we do,” says Pearson.

Not only is the role of collaboration key within the band itself, but they have expanded on that to bring in others. “We contacted some orchestral and jazz musicians to play arrangements,” says Leadbetter. “That was two amazing days spent recording strings and horns.” Guests included Black Country, New Road’s Lewis Evans on saxophone and multi instrumentalist jazz musician Emma-Jean Thackray.

However, for all the innovative recording techniques, evolutionary leaps, lyrical themes, ideas and narratives that underpin the album, it’s also a joyous and emphatic record. One, that marries the uncertainties of the world with a curious sense of exploration, as it endlessly twists and turns down unpredictable avenues. As Borlase says, “It’s the most ambitious thing we’ve ever done but it was also the most fun.” 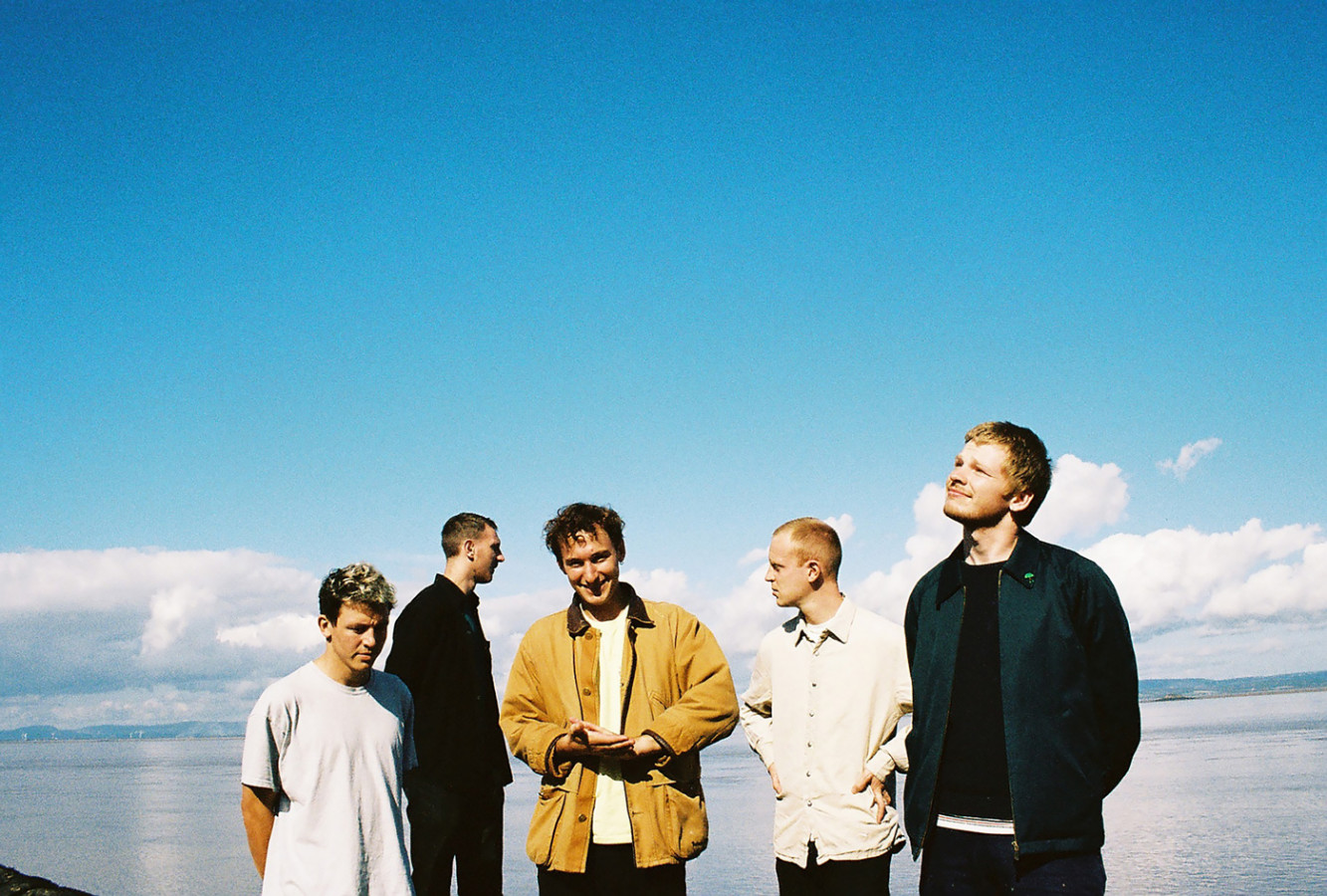