A self-taught multi-instrumentalist, Michelle Blades reveals a discography infused with multiple sounds as an extension of her nomadic life spent between Panama, where she was born; Mexico, land of her mother’s family; Florida where she escaped from Manuel Noriega’s dictatorship, Arizona, where the young woman met Phoenix's underground and alternative culture and France to make up a music career spanning over ten years.

Michelle Blades gleans unique sounds from her journeys, experiences and environments she lives in. Her curiosity drove her to journalism, skateboarding, filmmaking and of course to music, all while linking a strong cultural heritage. She grew up to a family of salsa pioneers in Central America; her uncle Rubén is a monument of the genre, her father a producer and composer, her grandmother was a Cuban pianist and singer… but event if music is omnipresent in her genes, it’s at the age of 16 years old that she allowed herself to speak the universal language. She learned to play guitar, bass, drums, keys, learned to play with her voice and to create variations and personify some characters in song.Michelle Blades’ universe creates a unique perception mixed with high mastery of the instruments she plays and arranges for. Rigorous and creative, she manipulates her music, experiments and allows herself total freedom in her creation, making her art evolve with her ideas and her passion, blending intensity, precision and gentleness.

Inevitably, travel, her past, her ideals, questions on identity, interpersonal rapports are centerpieces in Blades' work. She confesses a predisposition to the 70s, a decade she perceives as a parallel to what we lives at this time: sexual liberation, feminism, racial and class struggles, an evolving society playing tug of war with the past generations, revolutionary ideas… many aspects that open possibilities and aesthetic to musicians. It makes one think of Frank Zappa and his completely free posture to creation, of David Byrne and his taste for deconstruction and social absurdity. She discovered this priceless freedom in Phoenix at 18 where she made friends with DIY culture. In 2010, she landed in France for the first time with a debut folk EP she would present all around the country. In 2012, Michelle Blades came back to the country where she met the Midnight Special Records family, a milestone in her career, working with and releasing all her material on the independent label thereafter. Composer, singer and director (« Retiens mon désir » or « Château perdu » for CléaVincent), solo or with a band, her name and signature have started to circulate. Between 2015 and 2016 she released the album Ataraxia and two Eps: Nah See Ya and Polylust. By this time, she was playing bass with Fishbach all around the world and still finding her time to record the intimate EP Premature Love Songs. In 2019, Michelle Blades released a new album, Visitor, with Midnight Special Records. A year after, she reveals Nombrar las cosas, a new EP entirely in Spanish. 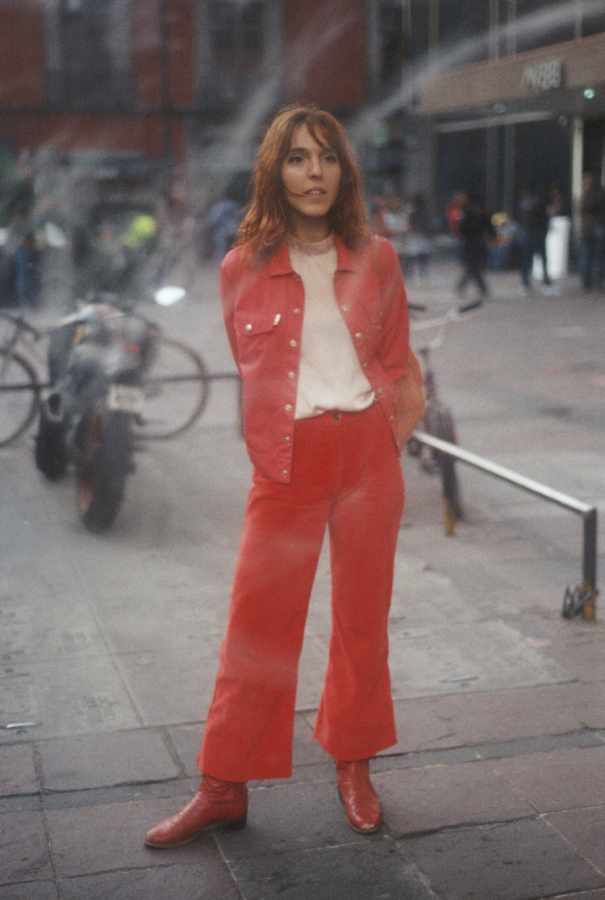