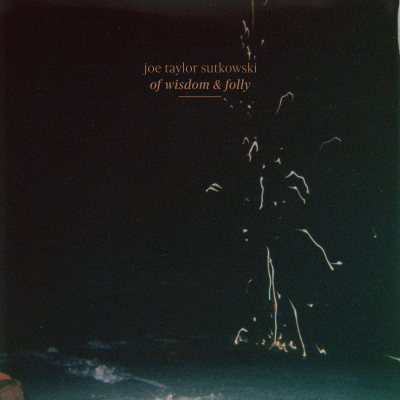 In the final minute of “Jordan Was A Bottle Rocket,” the opening track on Joseph Taylor Sutkowski’s debut album Of Wisdom & Folly, the New Jersey-born songwriter (Dirt Buyer, Jotay) repeats “this is lovely, dancin’” over a hypnotizing and downtempo arrangement. The song offers a curious, yet confident introduction to the record and one of its many characters. Though we begin with Jordan, a pocket-sized bottle rocket residing in a raincoat, the writing process began with the second track “Sherry Had A Pretzel Head.”

While taking a run through pandemic-stricken Brooklyn in 2020, Sutkowski found himself inspired by the odd and visually-appealing lyrics of Chocolate USA (a lesser-known project of Elephant 6 / Neutral Milk Hotel collaborator Julian Koster). The endearing depiction of a pretzel-headed schoolgirl named Sherry inspired a swirl of ideas and characters for Sutkowski, who wrote the first song for the record immediately after returning home from the run.

Confident in his vision, though unsure of the outcome, Sutkowski swiftly constructed a new creative outlet to represent his namesake. In spirit and execution, Of Wisdom & Folly was an effortless and imaginative adventure for Sutkowski as a songwriter. For 10 consecutive mornings, he wrote and recorded a demo for the album, employing only vocals and a nylon-string guitar. “Everything just kind of poured out,” he recalls. “It was as if I already knew what I was going to say once the guitar part was finished.” The characters’ narratives began to intersect and he began to find his stride in telling their stories.

Sutkowski’s warm, emotive vocal delivery and fingerstyle classical guitar are the clear foundation for the album. Standout track “The Water It Turned Us To Gold” and album closer “What Luck, Goodbye” display a grander route, utilizing crisp layers of percussion and electric guitar. Friend and previous collaborator Hayden Ticehurst, accompanied Sutkowski to record, engineer, and help produce the more elaborate tracks on Of Wisdom & Folly.

In addition to its precise instrumentation, Of Wisdom & Folly showcases Sutkowski’s ability to paint colorful and defined lyrical illustrations, while maintaining a creative voice and vision that keeps the album grounded. Though the album’s puzzling nature often feels like a dream, the perspectives of the characters are lively, heartbreaking, and ultimately human. The narratives of “Brother John” and “Ada, Take The Socks Off the Bed” explore delusion and depression, complemented by Sutkowski’s signature voice and layers of haunting vocal harmonies. “It’s supposed to be vague and make you feel strange, but also at ease,” Sutkowski says. “but I express many real feelings through the medium of characters and their stories.” The performances on the album feel connected to its content and vulnerability, with ominous outros and the inclusion of imperfect studio moments that create a tangible intimacy.

Track 9 “Keep Your Voices Down” settles the album before its conclusion and works as a culmination of the album’s techniques. A satisfying full-band arrangement comes in with a punch, after Sutkowski begins the song acoustically before deciding to start over at the nine second mark. “Keep Your Voices Down” conquers a range of emotions amidst the catchy melodies and heartfelt hums that adorn the album.

With not a single song passing the three-minute mark, Of Wisdom & Folly is as unassuming as its characters, giving brief and intimate glimpses into the corners of Sutkowski’s rich imagination. Of Wisdom & Folly ends where it began, with Jordan the bottle rocket, the final moments a sonic representation of his launch. In a mix of shining characters and silly moments, Sutkowski’s writing remains established, prepared for an ascension of its own. 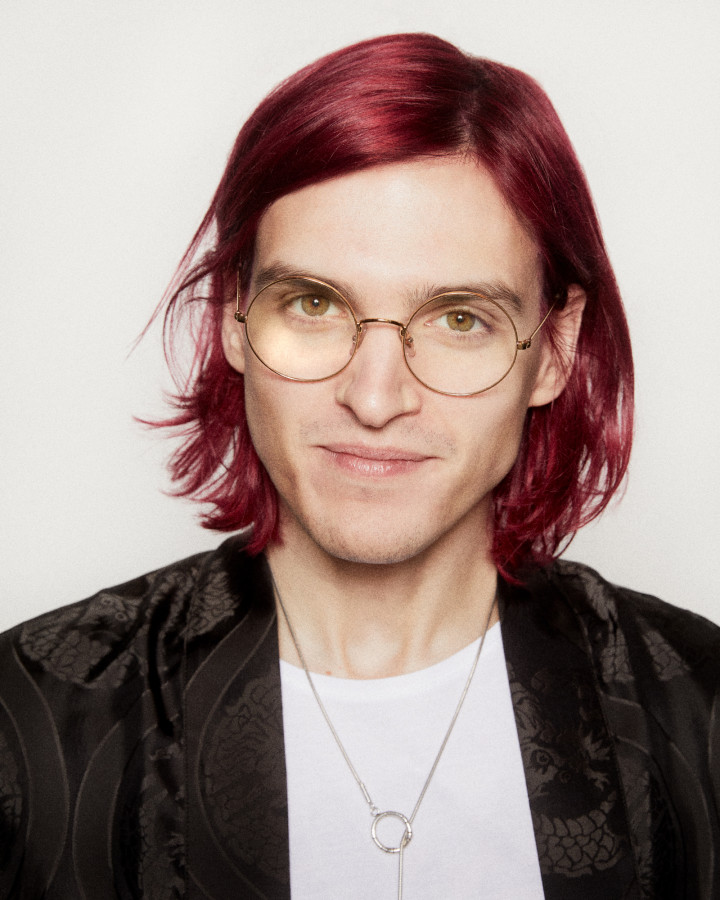