Horse Jumper of Love So Divine 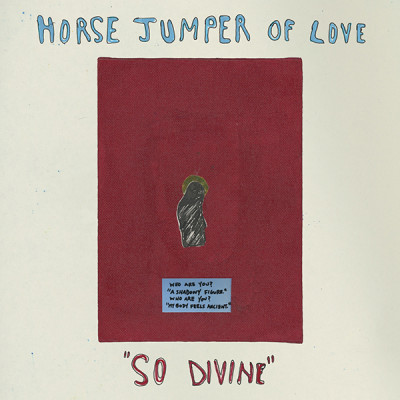 Memory looms large on Horse Jumper of Love’s hypnotic sophomore album, ‘So Divine,’ but it remains elusive. Throughout the record, tiny snapshots from the past float to the surface, baring themselves for brief moments before diving back into the ether. Like abstract collages, the Boston-based three-piece’s songs jumble richly detailed scenes and vivid imagery, papering over one moment with the next until each string of seemingly unrelated thoughts coalesces into a breathtaking work of art, one that reveals deep truths about ourselves and our psyches.

“A lot of these songs are about making small things into huge deals,” says guitarist/singer Dimitri Giannopoulos. “They all start with these very specific little memories that, for some reason or another, have stuck in my mind. Memories morph and change over time, though, and they become freighted with all these different meanings. We’re constantly adding to them.”

The same could be said of Horse Jumper of Love’s music. Giannopolous wrote much of what would become ‘So Divine’ as a teenager, carrying the tunes with him as skeletal demos for years before bringing them to his bandmates (bassist John Margaris and drummer Jamie Vadala-Doran) to flesh out in the studio. Even then, the songs continued to grow and mutate, with the group recording multiple iterations of the album as they experimented with tempo and technique.

“I’d dropped out of college and was living at home when I first started writing these songs,” Giannopolous remembers. “I was staying up all night recording in the basement because I didn’t feel like I had any other options. It was either make music or feel terrible about my life.”

Giannopolous found kindred spirits in Margaris and Vadala-Doran, and after moving out on his own, he officially launched Horse Jumper of Love in 2013, taking the group’s moniker from a Latin phrase that had gotten more than a little lost in translation. The band would spend the next three years refining their studio craft and live show, garnering a devoted following playing DIY gigs around New England as they climbed their way into what Pitchfork described as “the top tier of the Boston house show scene.” In 2016, they released their self-titled debut to rave reviews, with NPR praising the band’s “slow, syrupy rock songs” as “cautiously measured and patiently curious” and Stereogum hailing their “delightfully distorted mess of energy.” In 2017, the group released a vinyl and digital re-issue of the album along with a limited edition demo anthology.

When it was time begin work on ‘So Divine,’ Horse Jumper of Love headed south and set up shop at Big Nice, a riverside warehouse-turned studio in Lincoln, RI. While many of the tracks they planned to record dated back to Giannopolous’ youth, several were so new that they hadn’t even been demoed yet, offering up a blank slate for the band’s methodical sonic explorations.

“We decided to go in blind and just see what would happen,” explains Giannopoulos. “The studio was this really great and open environment with incredible gear, so everyone felt totally free to try whatever they wanted.”

The result is a record that breaks new ground even as it stays the course, emphasizing the band’s keen eye for detail and muscular arrangements. Songs develop at a glacial pace, progressing forward with almost imperceptible momentum as they carve deep canyons and valleys through walls of solid rock.

“My approach to songwriting has always been really gentle,” says Giannopoulos. “Everything starts with an acoustic guitar, but then I bring the music to Jamie and John and they really beef it up. I love everything they do, so production is a joint effort between all three of us.”

The record opens with “Airport,” a mesmerizing tune that builds from a whisper to a roar as washed out cymbals and fuzzy electric guitars swirl into a frenzied maelstrom. The song proves to be an ideal entry point for an album all about the power of escalation, about the ways tiny, seemingly inconsequential moments can snowball into profound revelations in our mind. Spilled yogurt leads to an existential crisis on the driving “Volcano,” while a childhood day at the beach turns into an out of body experience on the hazy “Poison.”

“Who isn’t freaked out by life as a teenager?” Giannopoulos recalled in an interview with the popular Boston blog Allston Pudding. “I had a phase when I was sixteen or seventeen where I thought nothing was real. Like, I thought I was living in a constant dream…I needed a way to cope with that, so I wrote these songs.”

Giannopoulos’s lyrics are brief but dense, often without a rhyme in sight. Some songs gush with a beat poet’s stream of consciousness, others consist only of a single recurring line recited over and over like some sort of abstract prayer. With an unhurried, deliberate delivery, such phrases seem to gain new shades of meaning with each repetition, or at the very least, challenge us to create our own.

“There’s not [just] one message,” Giannopoulos told WRBB, suggesting that in the end, no matter what you think the band’s songs are about, you’re right.

Perhaps that’s ultimately the divinity to which the title refers. What’s more holy, after all, than drawing meaning from the mundane? The memories we carry with us are not fixed, but fluid, able to change shape and fill whatever purpose we assign to them. Horse Jumper of Love aims to do precisely that with their music, and it’s a divine thing indeed. 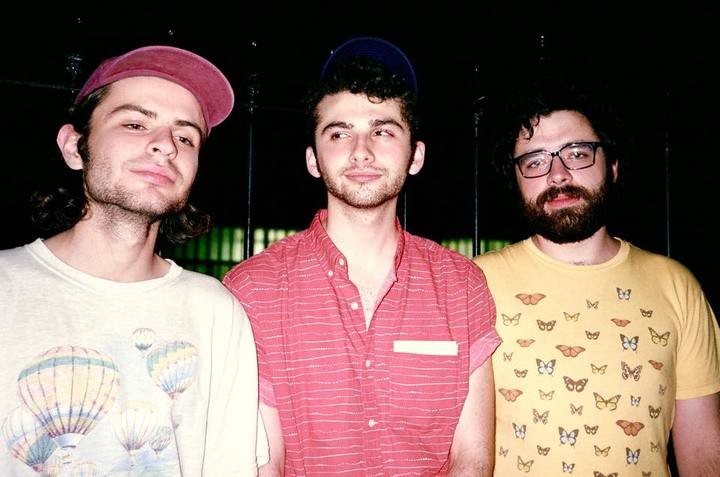 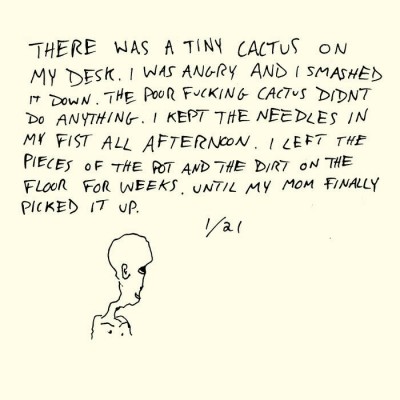