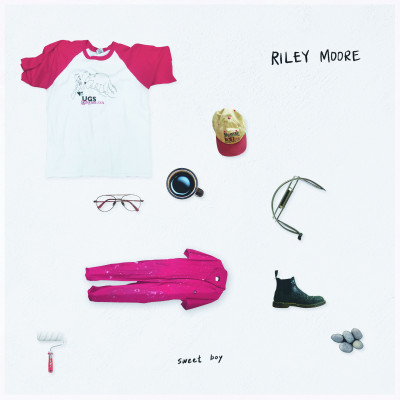 Riley Moore is a songwriter’s songwriter. Propelled by music at an early age, Moore was raised in Nashville but has lived in Sydney, Australia, Madrid, Spain, and Birmingham, Alabama. In 2015, Moore teamed up with four fellow musicians for a once-in-a-lifetime opportunity: a 1,600 mile musical journey across 14 states—on foot. Collectively known as “The Walking Guys”, the group traveled from Portland, Maine to Nashville, Tennessee on a walking-only tour, meeting fans and playing shows all while walking 15-20 miles a day.

In 2017, Moore moved back to Nashville to pursue music and refine his sound from the comfort of his sailboat on Percy Priest Lake. He’s played festivals and venues across the country, including Philadelphia Folk Fest, Providence Fringe, New York City’s Rockwood Music Hall, and Music City Roots; he has shared the stage with everyone from Charlie Parr and Lyle Lovett to Shakey Graves and Parker Millsap.

With his July 2018 debut album Vagrant, Moore established himself to be an emerging act in the world of Americana and folk, with a discography that nodded to the passage of time while staying true to his light-hearted spirit. Compared to the likes of Bob Dylan and Tom Waits, the album received critical acclaim from a multitude of outlets including Billboard, Wide Open Country, The Deli, Atwood Magazine, and Folk Radio UK, amongst others.

Moore teamed up with producer Cheyenne Meaders (The Secret Sisters, Sam Outlaw, Sarah Darling) for his March 2021 EP Sweet Boy. The album is a cohesive collection of four poignant songs that explore Moore’s interpersonal relationships—with others, with himself, and with God. Tracks “a hundred and fifty” and album standout “Mansion”, featuring fellow Nashville favorite Molly Parden, were both inspired by a girl Moore met on tour, in what he calls “a classic case of muse at first sight.”

“I have a good memory. I remember lots of faces and conversations and details, but there are certain moments that I remember so well I feel I have dipped my face into magical pools of mental teleportation and am living and breathing the moment all over again,” Moore explains, “From the moment that I met her I became more and more enthralled, drifting further and further down the avenue of enchantment—a street with no turns and no outlet. Shortly after, two of my college pals asked me to join them in Boulder, Colorado, while they attended a wedding I was not invited to. While they danced and washed cake down with red wine and IPAs, I observed that my bank account was down to it’s last $30, and wandered about the mountain town in search of the cheapest thrills. In the solace of the Salvation Army store, I noticed a t-shirt with a hand drawn anteater on it, eating some hand drawn ants. There was a little non-smoking type circle but with an ant inside instead of a cigarette, and the words ‘Bug Bash 2006.’ I knew that the lady of the dead end street would love this ant protesting t-shirt so I bought it at once. With my new t-shirt and my remaining 27 dollars and 50 cents, I sauntered humbly into a downtown park; armed with my $149 Jim Dandy parlor guitar, the only one I owned at the time that had not been stolen from my East Nashville home, I sat down and wrote this song.”

On the reflective, soft-spoken ballad “gold”, Moore explores his understanding of God and how they relate to each other, “He in love, mercy and blissful omniscience, I in humbling, fumbling moments of stolen glory all pushed pretty and forward on the small and wooden shelf of my brief and delightful life.” “Stones” is a track Moore wrote years ago about the continuous journey of “learning how to touch the deep, dark, and brightest parts of another human’s soul.”

Riley Moore is a sweet boy, this is evident to anyone who knows him. But on Sweet Boy, Moore opens his heart and inner thoughts, revealing his natural songwriting ability in hopes of connecting deeply with each listener. “I wanted the rawness of the emotions and moments I put in the songs—about real people, real sadness and frightening love I have felt—to be represented by more raw, loose, stripped, messy and occasionally empty musical moments,” Moore says, “Hopefully someone may feel they are there in the room with me looking these songs in the eyes.” 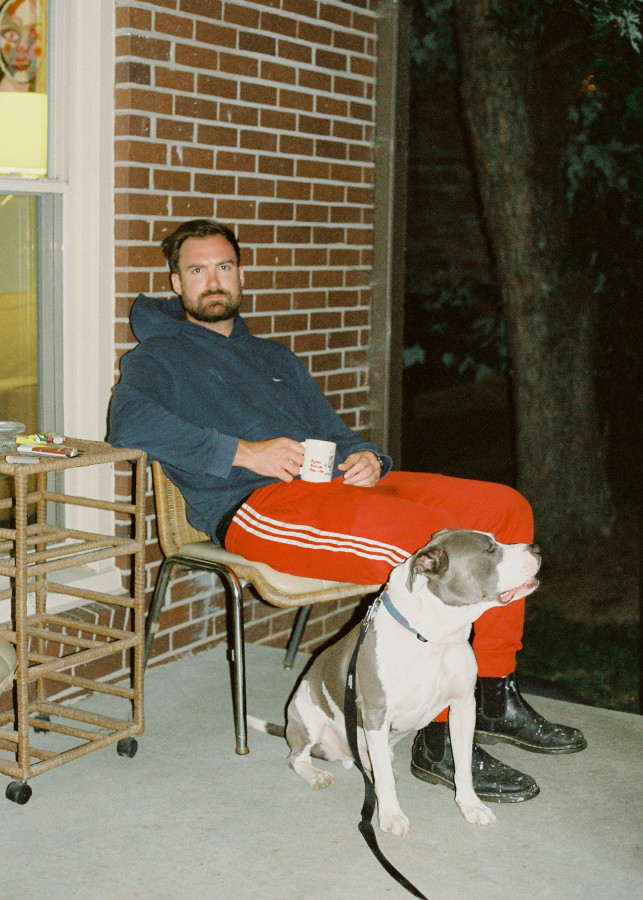