Freakout Records established in early 2016 in Seattle as an independent record label, producer of the annual Freakout music festival and show presenter. Founded by Skyler Locatelli and Guy Keltner, Freakout's mission is to showcase emerging regional artists and national touring acts around Seattle, the west coast and beyond. Freakout has produced shows and presented stages outside of Seattle at SXSW, Treefort Music Fest, Off Beat Music Fest, and venues in Portland, San Francisco, New York City, Los Angeles, and London.

Skyler Locatelli has been a DJ for over 15 years, from radio to house parties and club nights. He works full time at Seattle's beloved KEXP and was recently featured in Seattle Refined as a Mover and Shaker

Guy Keltner has released multiple records and taken his band Acid Tongue around the US and Europe on multiple tours. He founded the Freakout Festival in 2013 before he joined forces with Skyler in 2016. 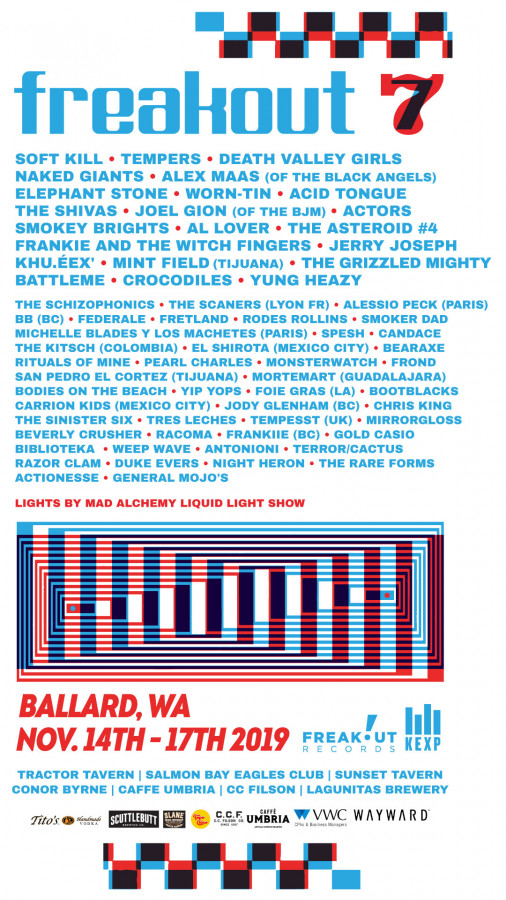