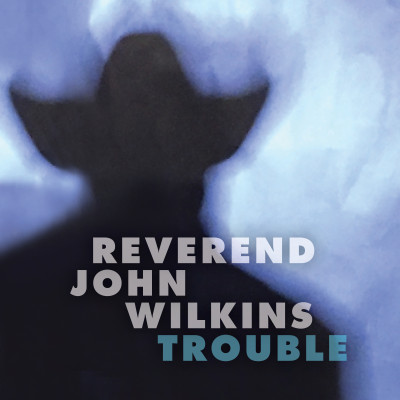 To call the Reverend John Wilkins a national treasure would not be an overstatement. He is the son of pre-war blues/folk-revival legend Reverend Robert Wilkins and he leads one of the most exciting and uplifting musical acts on the blues and gospel circuit today. His multiracial, multi-generational band blends soul, southern gospel and hill country rhythm, into a sound that has the infectious drive of hill country blues with the emotional heights of a summer tent revival.

Following in the footsteps of his famous father Rev. Robert Wilkins, a blues-singer turned preacher who went from the juke joint to the pulpit, the life of Rev. John Wilkins took a similar path, echoing the story of the elder Wilkins’ most famous song, “Prodigal Son.”

But in 2020 John Wilkins’ life has been closer to a different iconic bible character, Lazarus, as he has miraculously risen after surviving a month-long stay in intensive care battling Covid19 in a Memphis hospital. As Rev. Wilkins sings on the closing track of his forthcoming album, “I’ve come through the storm and rain, I’ve come through the storm and rain, and I made it!”

And there is much to celebrate with this resurrection.

Trouble​, the aptly named new album on Goner Records, is a confident and joy-filled statement delivering the good-news gospel message unapologetically through music influenced by Ray Charles, Junior Kimbrough, Bill Withers and of course, his father.

“Daddy loved blues,” says Wilkins about his biggest influence. “I noticed Daddy, when he changed over to gospel, he kept some of the same music and rearranged the songs. It’s sort of like I tell people I used to play the blues and go to clubs and I used to dance on the floor. I say, I haven’t quit dancing, I just changed partners.”

John Wilkins is one of seven children born in Memphis, TN to Robert Wilkins from nearby Hernando, MS and Ida Mae Wilkins from Coldwater, MS. The elder Wilkins was a pre-war innovator of the blues before turning to a life of ministry. His first Victor release in 1928 was “Rolling Stone,” which later influenced Muddy Waters to rework “Catfish Blues” into a signature tune that, in turn, lead to the naming of a certain British Rock band in the mid-60’s.

Robert Wilkins had abandoned the blues life following a violent incident in a juke joint in the late 30’s. After joining the church, Wilkins kept the music of his most well-known song, “That’s

No Way to Get Along,” and updated the lyrics to tell the tale of the “Prodigal Son,” which he recorded in an epic ten minute version in 1964. Completing the circle, “Prodigal Son” was covered by the Rolling Stones on their ​Beggar’s Banquet​ album four years later.

John Wilkins started performing with his father when he was very young. “I remember when he was going to churches, I’d have my little guitar and I was right there on the stage and every time he’d get up, then I’d get up.”

But like the elder Wilkins, the lure of the blues was a temptation for the emerging guitarist. As a young performer John began to drive from Memphis to play in North Mississippi juke joints on Friday and Saturday nights in his mother’s hometown, returning to Memphis in time to play in his father’s church on Sunday morning. His mother showed her disapproval when she told him “Boy, you can’t play both of them. Something gonna happen to you!”

“I was playing the blues down at a place called Joe Pope’s place,” says Wilkins. “I sang the song ‘Louise, Louise, oh you don’t have to go. I packed my rags and down the road I go,’ and this lady was named Louise! Well I didn’t know that! But her man was there. I just sang ‘OH Louise! Louise, you know I love you...’ and all this kind of stuff. And this man was getting angry. And he’s ready to attack me.

“All of my kin folks was there. And they saw this man getting ready to attack me, so they just grabbed him, man, but his woman had done got drunk off that white lightning. And she come up and sat on my knee and said ‘Play it baby! Play it baby!’ So he got angry. From then on I started watching what I sang!” Wilkins laughs, “Cause I was enjoying it you know. I named my old Gibson guitar ‘Louise’ from that.

“Daddy never would say anything about me playing and he never did bother me about playing blues or whatever. He never did say nothing. I guess he could see himself in me.”

John Wilkins’ musical reputation brought him session work at several of the Memphis legendary studios, including Stax, Royal Studios and Memphis Sound, among others. He met soul legend O.V. Wright in the 1960’s, who was then singing with the Sunset Travelers, because they were on the same gospel circuit as Wilkins’s group, the M&N Gospel Singers.

When Wright made his break-out secular recordings, he asked his friend John Wilkins to join him. “O.V. said to me: ‘Hey man, I’m doin’ a blues. Why don’t you come and sit in on some of

it?’” That request led to Wilkins playing lead guitar on the seminal 1965 O.V. Wright classic, “You’re Gonna Make Me Cry.”

In 1966, John Wilkins joined his father onstage at Levitt Shell for the Memphis Country Blues Festival, an eclectic mixture of Southern hippy bands and pre-war blues legends that sought to offer an alternative vision of the South as the battle over civil rights made international news. The event was held in Overton Park one week after a KKK rally.

Wilkins performed and toured with the M&N Gospel Singers through the 1970’s, before being called to preach. Since 1983, Wilkins has pastored Hunter’s Chapel Missionary Baptist Church just outside Como, Mississippi, the same Hunter’s Chapel whose choir recorded a classic album of spirituals with Fred McDowell in 1966 for Testament Records. Hunter’s Chapel also has been home to many players in the North Mississippi Fife and Drum tradition, including fife players Otha Turner and Napoleon Strickland (the latter of whom is buried in the church cemetery).

Since retiring from the Memphis Parks Dept. in 2006, Rev. John Wilkins has picked up his music career where he left off 25 years earlier, releasing his debut solo album ​You Can’t Hurry God on Big Legal Mess Records in 2010. In 2012 an original song from that album, “Let the Redeemed Say So,” was included on the soundtrack to the film ​Undefeated​. 2012 also brought recognition from the Living Blues awards and the annual “Best of Memphis” awards.

For the past decade, Rev. Wilkins has balanced his duties as minister with fronting a national and international touring band along with his backup singing daughters Tangela Longstreet, Joyce Jones and Tawana Cunningham -- a Staples Singers of the North Mississippi Hill Country, if you will. Family has always been a foremost priority for Rev. Wilkins and those deep familial ties are evident in the soaring vocals on ​Trouble​.

Trouble is the culmination of everything in Rev. Wilkins’s remarkable life, his regional history, his family music history. And in a world once again riven with discord and division, like the Memphis of Wilkins’ youth in the 1960’s, ​Trouble delivers passionate and confident musical performances with a message of hope that meets our present moment equal to the best music from that earlier era.

How fortunate we are that this national treasure, Rev. John Wilkins, this Lazarus, this prodigal son, has once again returned not only as a symbol of resilience in these dark times, but as a powerful voice of hope. As he sings in the title track:

Trouble
Trouble all in my way 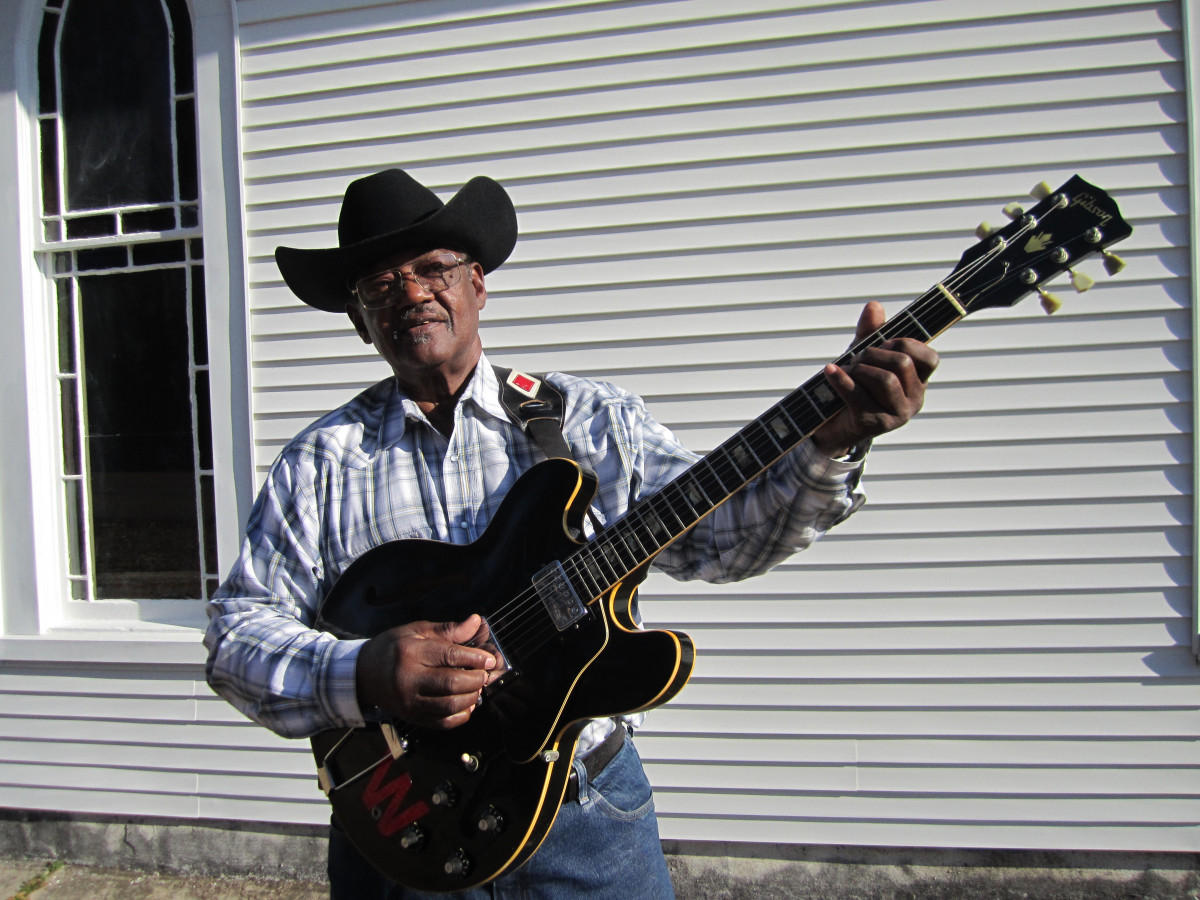