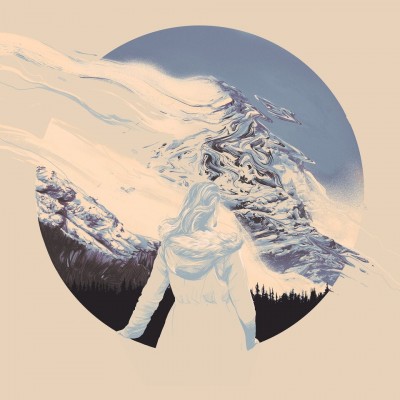 On respective edges of America — Oregon and Maine — Keith Kenniff records quiet music at night. “When things are calmer,” he says. “My mind is less distracted when I know that everything is dark outside.” For over a decade, such has been the mode — nocturnal, unrushed, using the same mini­cassette recorder, "a lovely little imperfect way to treat sounds" — for one of the country’s most understated composers. Kenniff has housed dozens of ambient releases under the name Helios since 2004, alongside post­classical output as Goldmund, shoegaze pop with his wife Hollie as Mint Julep, andcommissions for film and television. It is a reliably transportive body of work that's earned Kenniff a cult following, and a genuine modesty that’s kept him on the fringes, right where he prefers, in the dark.

Kenniff mostly lets his music breathe free of explanation, open to interpretation. As listeners, we follow subtle suggestions — the fiery sky on the cover of 2012's Moiety, the countryside daydream of 2015's Yume — extracting meanings from imagery and inscriptions. Veriditas, the sixth Helios full­length, shares its name with twelfth­century philosopher Hildegard von Bingen's notion of "the greening power of the divine," the term derived from the union of two Latin words: green and truth. Bingen saw the abundance of the earth as vitality to be cultivated, interconnected with the body and spirit. Take the concept in concert with Veriditas' vistas of sound, gazing beyond the tree­lined wonder on its artwork, and we undoubtedly recognize the album's rooting. Kenniff elaborates, "While I’m not a very spiritual person as it relates to a religious belief, I do feel an overwhelming connection between the aesthetics I find pleasing in my experience of nature and my experience of writing music."

Veriditas introduces unusual shapes and landscapes to the Helios catalog. Whereas past songs have followed traditional structures — discernable bell curves with beginnings, arcs, and ends — the focus here is texture and harmony. "I wanted to explore emotionality within something more static." Synth­tones radiate and hum as vignettes, often crisp and cloudless, other times smeared to a queasy Boards of Canada­like unease. The latter burbles below the last moments of "Eventually" and looms over the opener "Seeming" like darkness inching across a forest. Tracks cease atwill. "Seeming" fades just after a sliver of light cuts through the mossy pillars. "Latest Lost" mists for just one minute. "Row The Tide" for two, hovering like a helium balloon lost to the horizon. "Even Today" hangs above the snowcaps, suspended in an upper arboreal sequence, as shimmering surges of static trace the treetops below.

Moments on Veriditas pass quickly, but as a series of moments, they are fluid, almost regenerative. Disassembling the album by instruments is difficult. Unlike past Helios work, there is no percussion. The one straightforward use of guitar appears on the ambling "Upward Beside The Gale," strummed solemnly as if over end credits, watchingthe greenery lapse to grey in the twilight. In the second half of “Dreams,” crystalline piano chords converse with washes of orchestral notes and deep drone, advancing towards temporal clarity, a lookout point, that once presented evaporates.

In a way, Veriditas parallels the path of the Helios project to date: patient, immense, andwondrous without ostentation. Kenniff continues to find a soothing and centering quality in his craft. Aligned with Hildegard von Bingen’s philosophy, Kenniff looks towards sound, like many do to nature, for momentary vigor, for elemental and nourishing prolificacy. Here, in pursuit of viriditas, with precise textures and harmonies, he humbly extends that verdant expression outward, wide and pliable. Tracklist01. Seeming02. Latest Lost03. Dreams04. Eventually05. Even Today06. Harmonia07. North Wind08. Toward You09. Upward Beside the Gale10. Row the Tide11. Silverlight12. Mulier 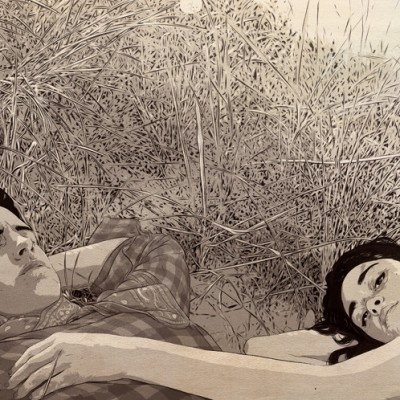