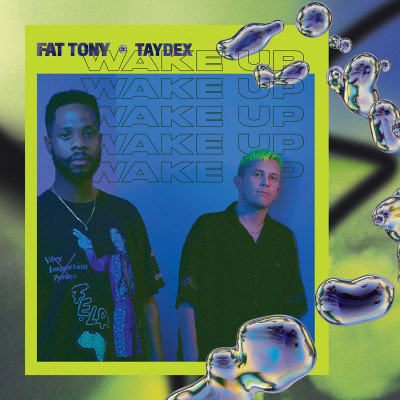 Nigerian-American rapper and entertainer Fat Tony has maintained a creative resilience andunbridled enthusiasm through the past decade of his career. His musical footprint has leftbehind a treasure trove of alternative rap, spread across five albums, dozens of singles, andfeatures on tracks by A$AP Rocky, Das Racist, and Bun B. Fat Tony’s sense of humor andcourage to experiment mirrors the counter-cultural hip-hop artists who’ve inspired him, like DeLa Soul, Devin the Dude, and DJ Screw. Although he has spent the past few years bouncingback and forth between Los Angeles and New York while hosting shows for VICE and SuperDeluxe, the formative rap scene in Houston where he grew up will always feel like home.

Fat Tony (born Anthony Lawson Jude Ifeanyichukwu Obiawunaotu) spent his childhood inHouston’s historically black and culturally radical neighborhood, the Third Ward. “My Mom andmy teachers told us that back in the day that the Black Panther’s Houston chapter was in ThirdWard and that the Black Panther figure, Carl Hampton, was murdered by the HPD.” Fat Tonyrecalls. “So I was growing up in an environment where social awareness and Pan-Africanismwere always around.” His childhood home was filled with records—country music, King SunnyAdé, and Jimmy Cliff from his father's collection, his mother's classical music, rock, and soul,and his granny's gospel. Then as a teenager, empowered by the internet and his discovery ofindependent artists like E-40, Bikini Kill, and Bad Brains, Fat Tony began recording anddistributing his own music. Heavily influenced by renowned Texas rappers like UGK andScarface, Fat Tony started playing and organizing live shows at a time when there wasn’t muchof a scene for young artists in Houston. He started booking bandsof all types from all over,hand-making flyers for the shows and mailing them to addresses nabbed from the CarnegieVanguard High School student directory.

His dedication to Houston’s rap scene earned him Houston Press Music Awards’ “BestUnderground HipHop Artist” in 2008, 2009, 2010, and 2013. Primed for more nationalaudiences, Fat Tony began taking his music on tour and collaborated with more artists aroundthe country. His sonically unpredictable and emotionally vulnerable music has garnered praisefrom Pitchfork, The Fader, and Noisey. His achievements in rap have pushed him out of hiscomfort zone into other performance and hosting opportunities on TV and the Internet. Thiswinter, Fat Tony makes his anticipated return to rap withWake Up,a complexand anthemiccollaboration with producer Taydex, out February 7, 2020, via Carpark Records