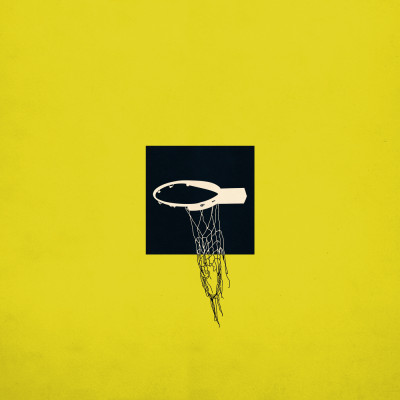 This Time I'll Be of Use

81355 (pronounced ‘bless’) is a meeting of the minds between three pillars of the Indianapolis music scene; Sirius Blvck, Oreo Jones, and David Adamson aka Sedcairn Archives. While the three have worked together in the past, this is their first start-to-finish collaboration, and the result is the stunning and distinctive debut album under the 81355 moniker, This Time I’ll Be of Use.

Simultaneously mystical and stark, somber and danceable, the project grapples with hard-wired truths and imagines alternate realities with better futures. The vocal syncopation and musical delivery play with rhythm, melody and meter to create something altogether new. These lucid wanderings amongst the street fires sound like a cross between the ghost of progressive electronic music of the 70s, with its unconventional melodies and innovative eccentricities, and acrobatic word-play delivered with sharp resolve. While surrealist in its metaphors and abstraction, it doesn’t betray or surrender a present awareness and protest. Reflecting on Black struggle in the pandemic-ridden and democracy faltering landscape of 2020, each member arrived from a synchronistic space, and the recording process ended up being largely intuitive.

On “Capstone,” the opening track on the album, Sirius Blvck offers a look from inside his space, “This is what we’ve come to. Generational curses I still can’t undo. Just taught my lil girl to tie her shoes now she running too. Holy smokes lungs made of leather like it’s comfortable. Climbing up this infinite ladder to get a better view.” As the MCs trade verses, Oreo Jones describes his, “Remnant vision I’m sippin’ the position breaking every single law of the motions, hit the Mississinewa to Goshen, acknowledge stolen lands, as the blood drips off upon my Vans, all the secrets read through constellations, ascendents talk through meditation.”

The group showcases their resilience on “The Void,” starting with a hard-truth chorus, “This is not surviving. Maybe we’re born to dive into the void,” with Sirius adding a look inside another room of his house with the verse, “I light up on the road I’m talking Billie Jean. Sidewalks glow in the street, smoke kisses me. I relish in these devilish dreams. I fell asleep again free falling on the back of the canvas Black Pollock with the drip. I ain’t nervous I could never be purchased. Watching that depravity surface. Man I got a right to be nervous.”

On “Maroon,” Sirius levels his poetry with unmistakable focus, “Some of us richer than life and most of us minimum wage. Jump off the edge of cliff dive into the end of the day. Tunnel vision brain could send us back to a primitive state. Back to the future, back in all black, now I’m back in the way.”

About the formation of the group OJ says, “We’ve been on each other's records for years, and in groups together. As the world slowed down a bit last year I think we all three collectively took a deep breath with it. That's really helped us actualize this project and focus on what is important.”

“We all worked on "Tribe Quest" for Sirius’ Light In the Attic album, and "Sufficient Funds" for OJ's Cash for Gold album, and "Out of Body" together for my oobydoob record. OJ and I were planning to write something new together when Michael (Kaufmann) called and suggested a wider collaboration, so including Sirius was a no-brainer,” adds Adamson.

Sirius shares, “Even before the idea existed I think all of us at separate times probably thought “You know, what if?””

As suggested in the title, they each see themselves entering a new chapter, and claiming a responsibility to bear witness, drawing inspiration from the likes of dancing biting poetic commentary of the late Naptown residents, Etheridge Knight who shows up in verse, and Kurt Vonnegut there in spirit. These three musical vagabonds have met up to build a new world, finding even themselves surprised with the results. On album standout “Thumbs Up,” OJ summons a golden-era flow and paints a picture of the group’s influences, surroundings, and trajectory in one fell swoop. “Alright, in my feelings tonight, Honda Civic overturned as it burns through the night. Bone Thugs in these streets no Surrender in sight. I’m writing poems from a jail cell, Etheridge Knight. I throw a fit when I flip it, it’s all vintage. A pearl white Bronco like OJ you done did it. The sunshine shatters the rock painted so vivid. Two-hundred fifty pounds of gifted we so lifted… wassup?”

To wit, Sirius adds with poetry present even in his speaking voice, “It’s a way to carve our story in the sky before we’re gone. This project is us choosing to believe that this time, things will be different. For us this album is an affirmation to the universe. This time I’ll choose to see the whole blessing. This time I’ll be of use.”

OJ adds, “81355 means so much. It’s love, pain, anger, desire, happiness, hope. I don’t think this project would have been as significant if we hadn’t all connected together this past year under the current climate of the world. All three of us really pushed our individual boundaries, and you can hear that on the record.”

As a type of treatise on the bigger picture of the project, Adamson waxes philosophical, “I think we’re making folk art. There’s an implication with folk art that it doesn’t require hard work, but we do have to work hard doing all this other stuff to make ends meet for our people and still squeeze out whatever we can with whatever tools, skills, and time we have left afterwards. When you’re recording, you are trying to get to this place where you and the world are completely out of the way and something else emerges. You know it has when you hear it played back. It’s not always possible, but this entire recording process felt that way to me.”

All inspirations are welcome, with the rhymes conjuring distant futures and ancient of days, and the multi-dimensional production a cross-genre kaleidoscope. A collision of patterns and techniques, moments of time, and original cadences, the collaborative output is a sonic and lyrical tapestry rich with vision and style.

Sirius Blvck is a veteran and a paragon of the Indianapolis hip-hop scene; a scene where you’re as likely to see stage dives as anything else. His music and live performances are step-siblings to the DIY community that occupies many of the same dingy Indiana basements and clubs. The threads of that fierce punk ethic weave their way throughout the majority of his musical releases, which is itself a vestige of that same ethic.

Rapper Oreo Jones makes hip-hop for people with unreasonable expectations of what hip-hop can and should be. A gifted lyricist with an ear for rich, textured beats that check off most boxes on the “new school” and “true school” checklists, Jones is both classicist and futurist. Oreo Jones continues to make his mark on the genre through community and collaboration.

Initially started as a solo project and releasing several albums under the moniker Grapall Jookabox, David “Moose” Adamson has evolved his music into many triumphant purposeful deviating creations. Under his more recent endeavor and moniker Sedcairn Archives, his album OOBYDOOB is considered a Naptown classic. Moose continues to work in fascinating textures and arrangements, both dance-inducing and descriptive, a strange and wonderful amalgamation of footwork, folk music, hip-hop, and electronica spanning from its first synthesized exclamation to its full and analogue and digital terrain. 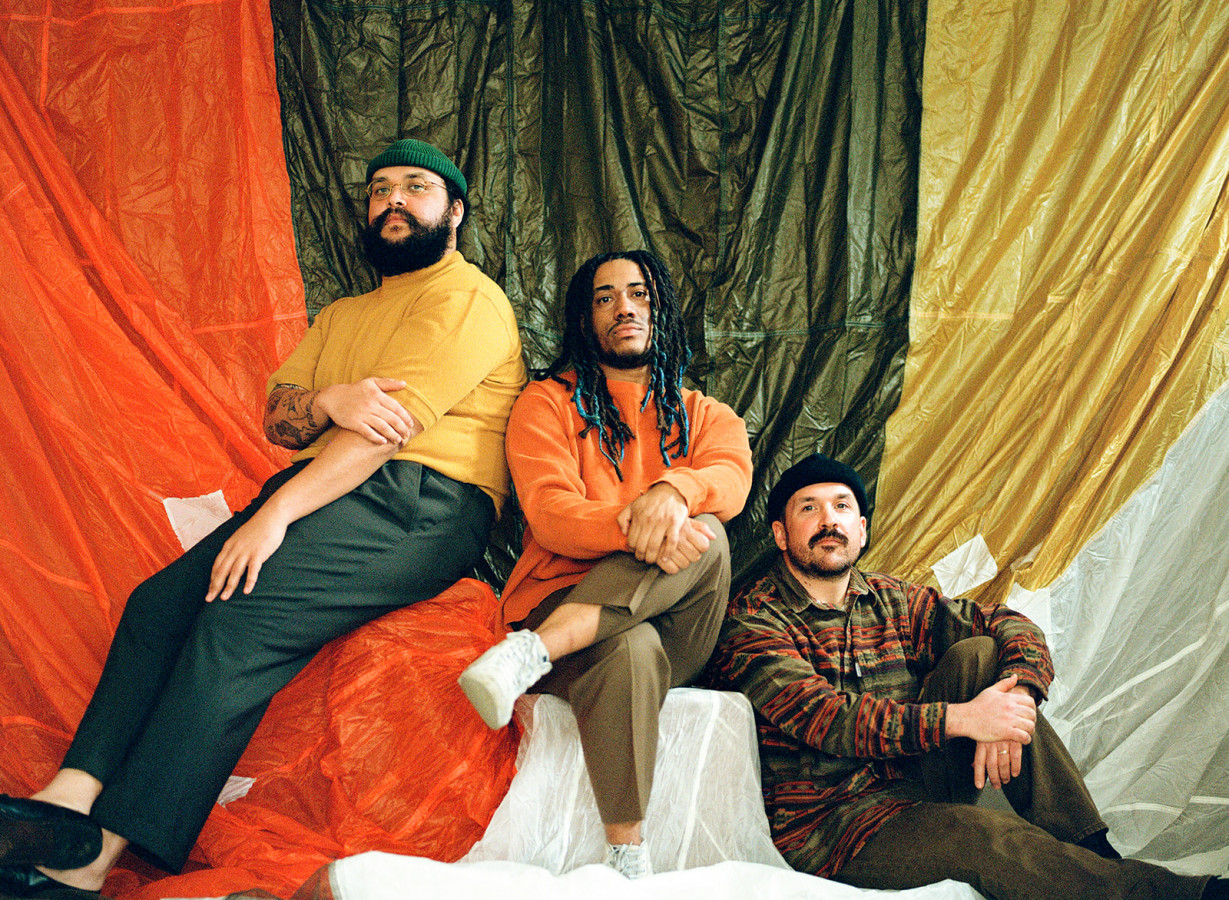