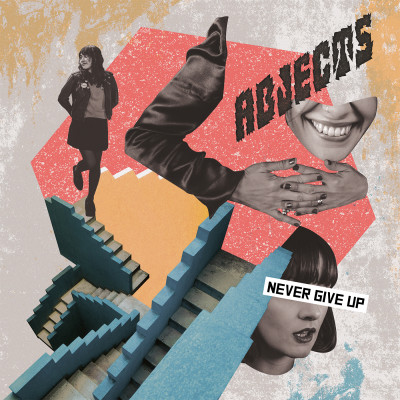 Never Give Up is the debut LP from Abjects, composed of singer/guitarist Noemi from Spain, bassist Yuki from Japan and drummer Alice from Italy -- three citizens of the world blasting out a range of energetic garage-punk sounds from London.

Strong believers that personal identities transcend borders and faced by the rise of right-wing political trends like nationalism, populism, and Brexit, Abjects explore in the tracks of Never Give Up how these changes are reshaping people’s freedoms, testing their emotional resilience and are calling for new ways to cope with the challenges they present on a personal and global scale.

“All these complications are seen as new challenges to overcome whilst having a lot of fun at it,” said Noemi, “Life is full of problems and obstacles, but we’re never going to give up having fun and living our lives the way we want. We want people to have fun listening to our music, and to infuse others with energy, drive, and self-determination.”

Abjects came about from Noemi’s song-writing and demo experimentation following a year in an arts and technology MA program at Goldsmiths. She was soon joined by her friend Yuki, who had never played bass before, but picked it up exceptionally fast. Given her background as a professional J-pop artist in Japan, Yuki was very soon helping arrange and structure backing vocal harmonies.

The duo met their drummer, Alice, while she was promoting her own gigs at a vintage shop called Paper Dress in Shoreditch and booked them to play a show in the window of the shop.

In their first year as a band in 2013, the trio meshed quickly and developed a loyal following in the local London and regional UK touring scene with their energetic live show and DIY ethos netting them opening spots alongside the likes of Mikal Cronin and Fat White Family. Their first national tour of the UK with PINS soon followed, as did a tour of Japan where they shared bills with the legendary Guitar Wolf. They kept the momentum going with a European tour in support of their “Gone” EP released on the Bristol label, Stolen Body Records, and soon toured the US in spring of 2016 with their “Double Bind” 7” put out by Greenway Records of Brooklyn, NY.

After that tour Yuki had to come back to Japan, Noemi moved to Barcelona for a few months, and Alice remained in London. Though removed from her bandmates Noemi kept at it with her songwriting — which she found to be taking a more mature and intricate nature referencing the uncertainty about the band’s future with all members living in different countries (“Never Give Up”), trying to control and hide feelings of impotence and frustration (“The Storm”), the indignation and disbelief in the fascist policies leading to Brexit (“Fuck Brexit”), being creatively stuck, procrastinating and leaving everything for tomorrow (‘Mañana’), and the impotence of not being able to talk openly about problems with a loved one (“The Secret”).

True to the ethos of these new songs, Abjects reunited for a 2nd tour of Japan to promote the special Japanese edition of “Double Bind,” returned to London in November 2017, sprinkled in shows with LA Witch, Colleen Green, and the 5.6.7.8.’s, and began to record their debut album with Jim Riley at his Rochester based Ranscombe Studios. Jim’s involvement with the Medway Scene and the ever-influential Billy Childish had caught the attention of the band, and they also loved his preference for tape and the natural sound of wave and magnet over the brittle pixels of digital recording.

Re-recorded and re-arranged for the album from their first demo release, “Aburrido” kicks things off in Noemi’s first language, Spanish, illustrating the origins of the band’s raucous energy.  Yet there is more at play with the "The Storm"’s pulsating bass exemplifying the contained tension expressed in the lyrics, "Mañana"’s hypnotic rhythms and experimental stylings inspired by The Monks, and “Never Give Up” distorted guitars and bass driven rhythm section contrasting with airy vocal harmonies that twist and intertwine towards a final resolution.

“A Long Way to Go” closes out the album on an introspective and melancholic note by examining how focusing on the positive and welcoming adversity can help overcome challenges, the overarching theme of the album. Said Noemi of the record’s last track “Struggle builds character and luckily we have our friends and family by our side to help us, drive our lives forward, and live life to the fullest.”

The result is the Never Give Up LP, set for release February 15th, 2019 on Yippee Ki Yay Records and international distribution through Redeye Worldwide. 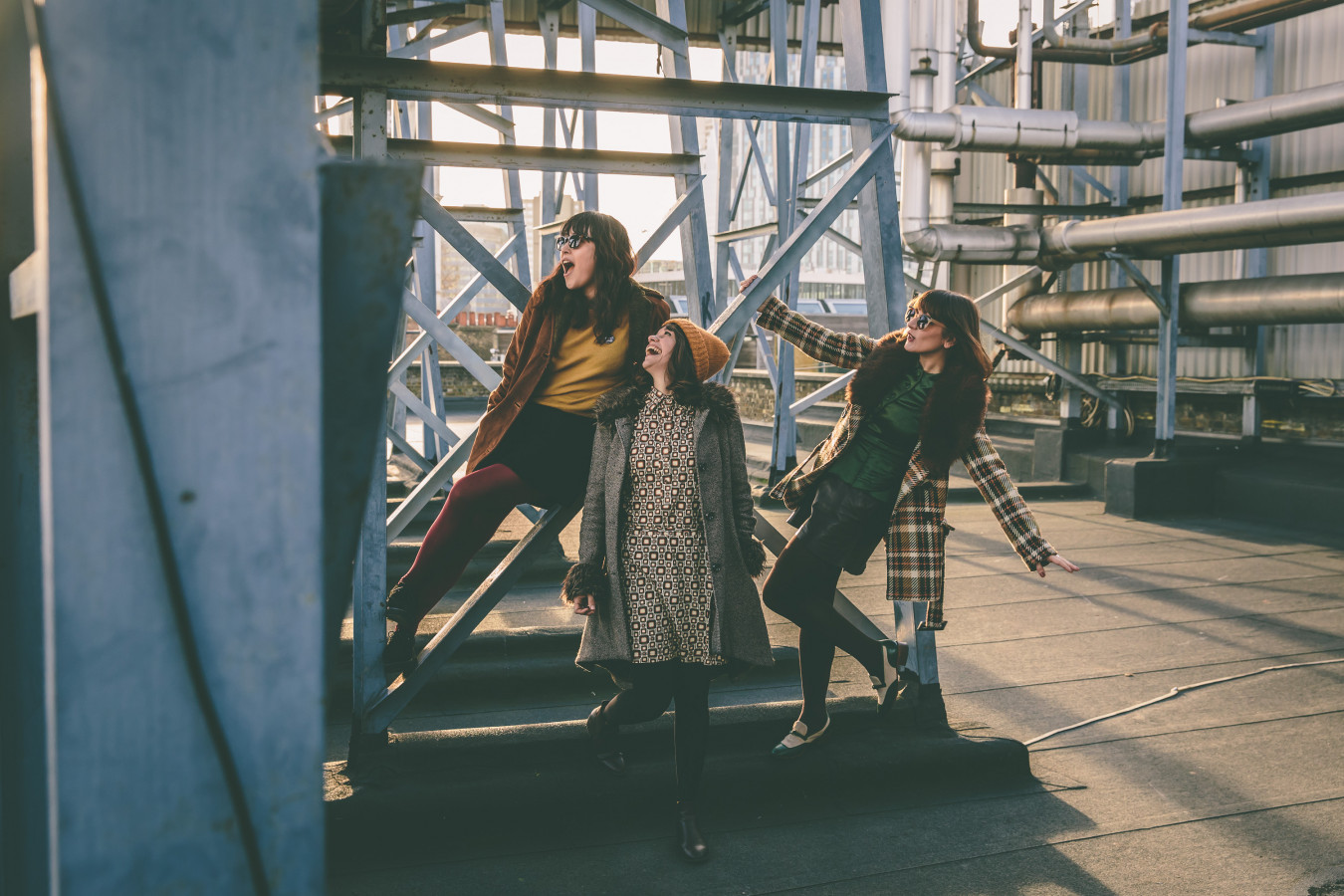