Dog Trainer, the New York-based band of singer/songwriter/producer Nicholas Broman (25) and guitarist/songwriter/producer Lucas del Calvo (26), had originally titled their new album “every word is true.” They began work on the record just as the COVID-19 pandemic took hold of America, forcing them to create together in an unprecedented way. Separated by hundreds of miles—Broman working from his NYC apartment and starting every day with Governor Cuomo’s news briefings, and del Calvo working from the basement laundry room of an Airbnb his parents had rented in Vermont—they sent beats back and forth before eventually quarantining together for three months to finish it. The resulting, paradoxically-titled Scrolling to feel better... part one sees Dog Trainer leap beyond their lo-fi origins to their most honest writing and refined self-production to date.

Broman and del Calvo first met as rival jazz guitarists at their college, the New School for Jazz, but ultimately became equally distanced from the genre and obsessed instead with the intimate folk of artists like Bon Iver and Adrianne Lenker, the expansive atmospheres of bands like Beach House and Porches, and the emotive pop of Lauv, Taylor Swift, Charli XCX, and The 1975. The duo collect their disparate influences and weave them into a contradictory but enthralling sonic world of their own, where acoustic guitars collide with EDM synths and vulnerable lyrics lead in to massive beat drops. They call the album’s genre “bedroom and/or pop,” reflective of the broad range of sounds heard throughout.

Dog Trainer found their voice by drawing lyrics entirely from their lived experiences—the good and the bad, the interesting and the mundane. The result is a work of sincerity that explores the everyday realities of millennials and Gen Z-ers, and holds a mirror up to our innermost hopes and fears. “I think one thing we really strived for on this album was to be more honest about ourselves and the way we feel about our lives and music careers,” Broman explains. “Some of that is really positive, like the stability of both of our relationships and appreciating the way every moment has led us to our partners. And some of it is really negative, like dealing with a struggling DIY music career while getting older.”

Opener “Dumb Paranoia” grapples with the snowballing anxieties that keep us awake at night (“Am I gonna hate this tattoo when I’m 45 applying for a job I never wanted in the suburb where I grew up?”) as gentle acoustic strums build up to frantic synths, and back down again. “Really Not Close” is a nostalgic bop dedicated to past friends and lovers you fell out of touch with but who left a lasting mark. Juxtaposing vintage casio keyboard drums with massive modern pop drops, it's the perfect fusion of all the bands and styles Dog Trainer have admired over the years. Vibrant sonics contrast the pessimistic lyrics of hooky earworm “2019,” which laments some of this year’s less significant yet commonly felt unpleasantries (opening with the all-too-relatable gripe “Fuck I forgot my mask, gotta go back”), but with a twist: “2020 is the worst year ever, but 2019 wasn’t so good either.” “Serious” is an ode to their long-term relationships, which also take lyrical focus in the reverb-drenched “If All The Worst Moments” and the creaky, bare “35 Days, 34 Nights.” “Fake Happy :)” is an Instagram vs reality anthem, throwing light on the toxic difference between our social media posts and our lived experiences. “For a while, we spent a ridiculous amount of time on Instagram, posting almost every day, trying to build followers, and often not portraying ourselves as authentically as we should have,” del Calvo says. “This song is about really wanting to get rid of the artifice that the platform inherently encourages. Speaking candidly, part of this was the kind of ‘fronting’ you have to do as an independent artist trying to convince everyone of your value.”

On Scrolling to feel better... part one, Dog Trainer are no longer trying to convince anyone of anything. They’re trading “fronting” for the truth and placing value on the things that really matter, offering a capsule of their personalities that’s been molded into place by every late-night thought, career aspiration or struggle, feeling of love, appreciation, and self-doubt. With titanic synth drops that somehow feel every bit as intimate as the hyperpersonal lyrics they follow, Scrolling to feel better... part one is a showcase of Dog Trainer’s eagerness to create pop music that fully embraces all of their influences and, most importantly, their individuality. 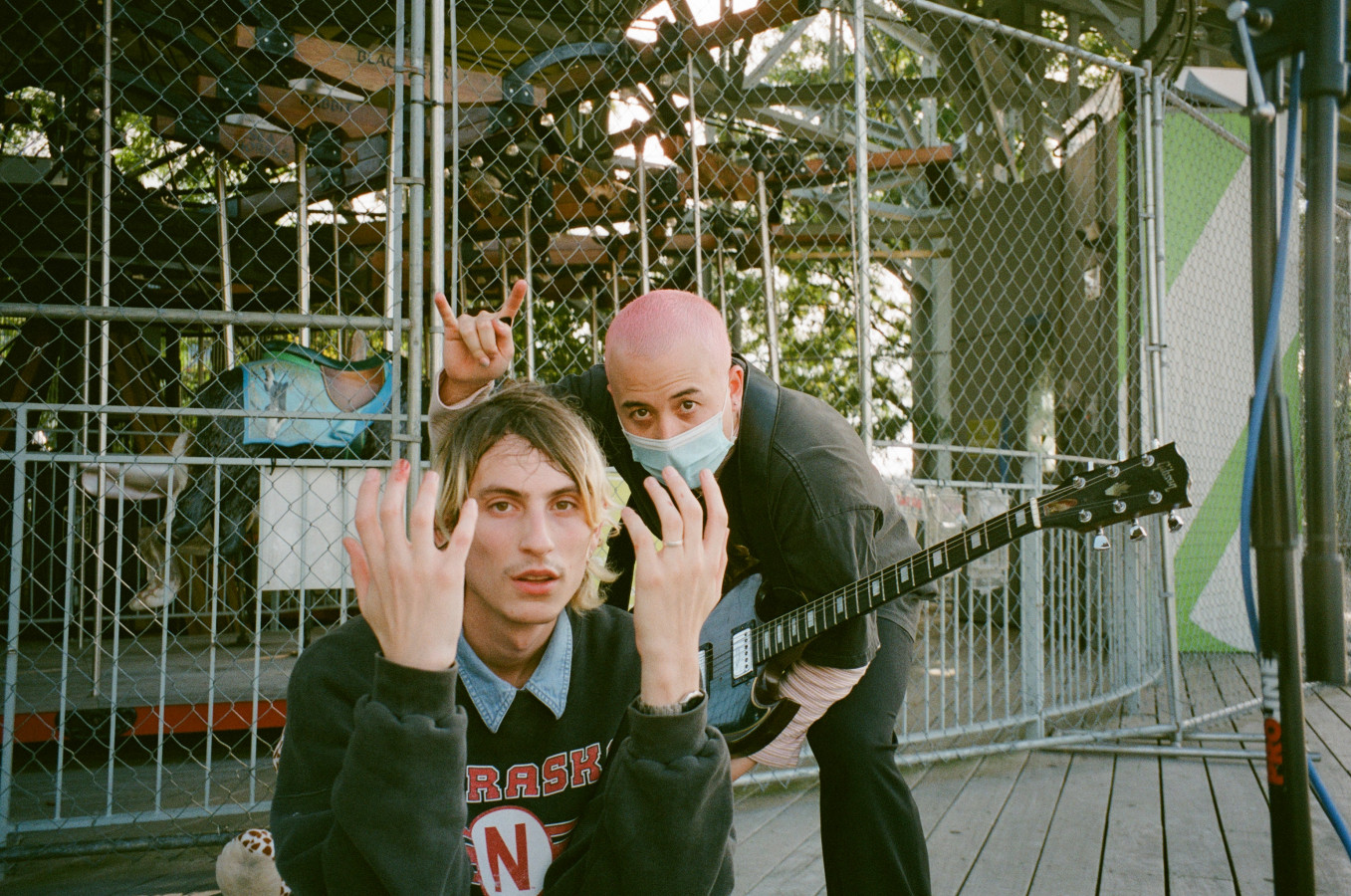