The house on Mountain Laurel Road was a sanctuary for Elijah Wolf. He grew up there, surrounded by the bucolic tranquility of the Catskills and enraptured with the bohemian charm of Woodstock. It was a place he returned to frequently, both in body and spirit, and in moments of darkness or doubt, all he had to do was close his eyes and picture the winding road, the colorful walls, the pastoral view, and the company of his family. Wolf got word the house was to be sold around the same time he learned of his grandfather’s terminal illness, though, and the double-barreled blast of news marked the beginning of the most tumultuous year of his life, one which now forms the bedrock of his stunning debut album, ‘On the Mtn Laurel Rd.”


“For a year, I fell into this deep anxiety and confusion and fear of everything,” explains Wolf. “I went into an intense world where I just felt totally lost. I decided the only way to understand and work through my feelings was to accept everything, to dig deep inside myself and write it all out.”

Blending organic roots and driving alt-rock with shimmering electronic elements, ‘On the Mtn Laurel Rd’ is an arresting synthesis of past and present, traditional and experimental, country and city. Each track represents a specific place or moment in Wolf’s life, with scenes rendered vividly through his richly detailed lyrical portraits and evocative vocal delivery. The music is markedly personal, but it also taps into something wholly universal as it grapples with mortality and the passage of time. In putting his own emotional journey under the microscope, Wolf has crafted an album that speaks to the core of the human experience in all its impermanent beauty. The result is a collection that, as much as it laments the pain of loss, celebrates the memory of what was and the promise of what’s to come.

“This album feels like the beginning of a new chapter,” reflects Wolf. “It marks the end of my childhood.”

Growing up in the Catskills, Wolf spent his childhood enamored with a wide variety of music, from the hardcore punk that first inspired him to pick up a bass to the classic folk and indie rock that eventually led him to the guitar. As a teenager, he took on work interning at area studios including Dreamland, where he got to be a fly on the wall for sessions by the likes of Beach House, Yeasayer, and Dr. Dog, and before he’d graduated high school, his band was opening for Levon Helm in Woodstock. That gig led to another internship, one that carried over into Wolf’s first year of college, and he would frequently return home to work at Helm’s legendary Midnight Ramble shows.

“My job was mostly to sweep the floors, make sure the rags were out, stuff like that,” explains Wolf. “But I got to watch Levon play up close, and I got to have all these one-on-ones with him because of it. It was incredible.”

While Woodstock was populated with a who’s who of musicians, misfits, and eccentrics, Wolf encountered a whole new cast of collaborators and creatives while attending the Conservatory of Music at SUNY Purchase, befriending a host of now-familiar names including Mitski and Maggie Rogers. Wolf’s roommate, Trevor Fedele, would become one of his most trusted partners, mixing and mastering nearly everything he would go on to record. The two hit the road together after graduation for a national tour supporting Gipsy Kings, and it was near the end of that marathon run that Wolf learned the full gravity of his grandfather’s deteriorating health.

“My grandfather was one of the biggest inspirations in my life, someone I looked up to with the widest eyes since I was a child,” explains Wolf. “I was so excited for him to see me play the Beacon Theatre when that tour came to New York, but he was too sick to make it. Once I was back from tour, I would visit him every week and we’d spend the afternoons together, sometimes talking, sometimes saying nothing at all. Listening to his stories and going through my childhood memories made me feel this deep, nostalgic longing.”

Recording primarily by himself in his Brooklyn bedroom, Wolf began channeling those intense emotional experiences into captivating, heart-wrenching songs. Sometimes achingly lonely and riddled with self-doubt, sometimes warmly hopeful and resolute, the music reflected the dizzying series of highs and lows Wolf faced as he traced his own storyline back to its roots and prepared to say goodbye to the only life he’d ever known. Album opener “Dec 1” sets the scene perfectly, painting a bittersweet collage of juxtaposed memories in a surreal last look back.

“I wrote that song in one sitting and composed it entirely on my laptop using samples of my guitar,” explains Wolf. “All the dips and turns and builds in the song are meant to soundtrack the drive up the Mountain Laurel Road, and I wrote all the lyrics as they came out, just listing off locations and landmarks from my life.”

Wolf also reached back to his adolescence for production influence, taking cues from bands that soundtracked his youth like Modest Mouse and Built To Spill. On tracks like the breezy “Tell ’Em” and synth-driven “Sense Of Time,” he tries to make sense of the way the minutes and hours slip through our fingers, while the hypnotic “Trying To Figure It Out” and melancholy “Gone” wrestle with the uncertainty and confusion of life in New York City. Much of the album deals with Wolf’s relationship to places, both real and imagined, but it’s ultimately human connection that brings him solace in his darkest moments. The dreamy “On the First of June (N. / S. Lake)” draws inspiration from a magical evening spent in the Catskills with close friends, and the artfully auto-tuned “Summer by the Esopus” recognizes that every ending comes with its own new beginning.

“That song starts with a recording I took on my iPhone of my little nephew Nehemiah playing with walkie-talkies,” explains Wolf. “It’s a reminder to myself that the family is still growing. As hard as it is to say goodbye, it’s important to remember that what comes next will also be incredibly beautiful in its own way.”

The last time Wolf saw his grandfather, he was able to play the album for him in its entirety. He passed away not long after, and roughly a year later, the house on Mountain Laurel Road finally sold.

“Releasing this album now feels like a weight off my chest, like every bit of frustration and nostalgic loneliness all leaving my body at the same time,” concludes Wolf. “Making this record was the greatest therapy session I’ve ever had.” 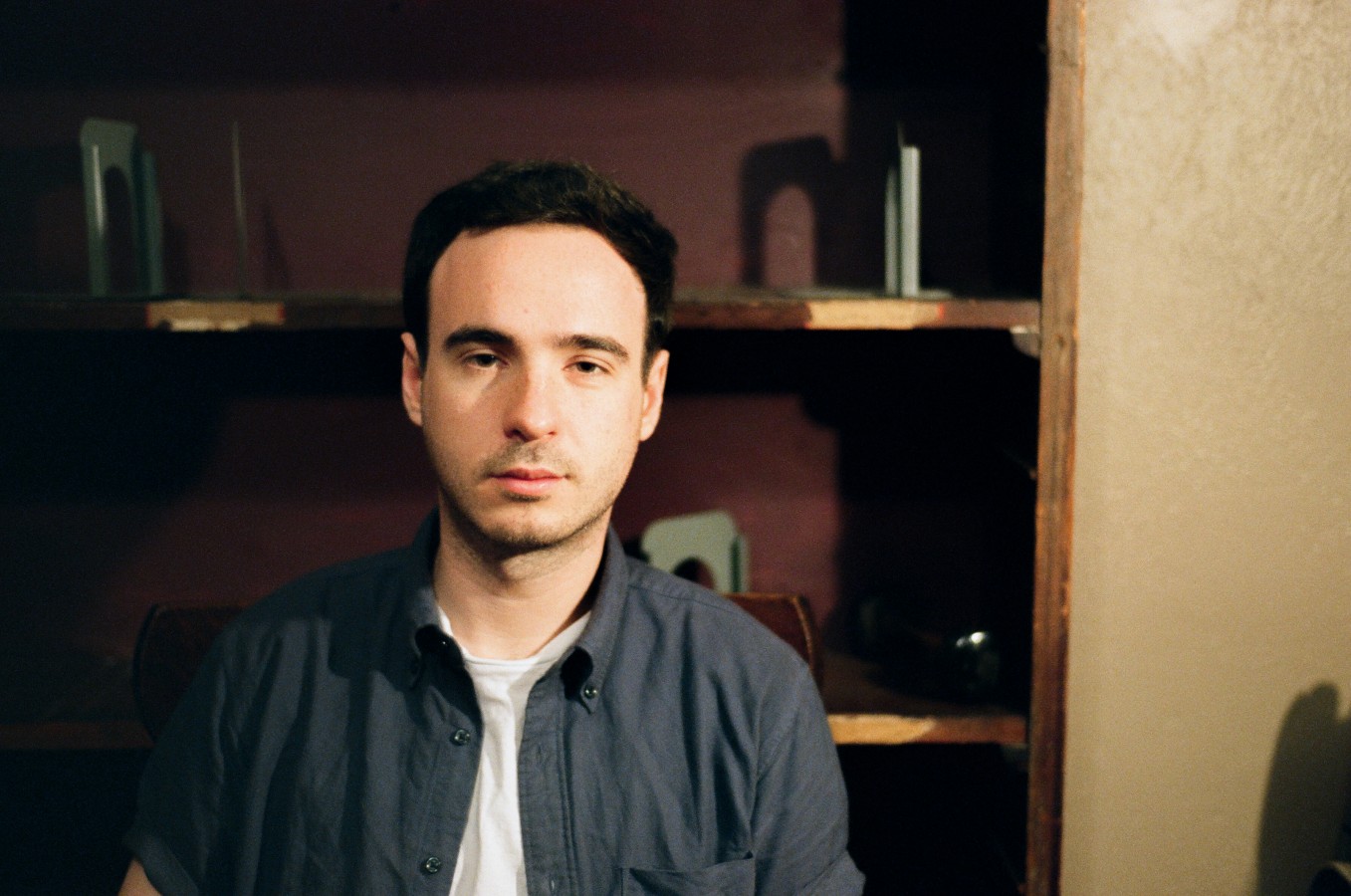