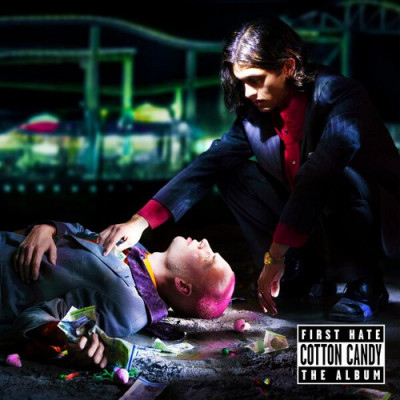 Opening with the buzz of a smartphone on vibrate, First Hate’s sophomore album Cotton Candy launches to life with “Someone New,” a synth-driven statement of intent. The Danish duo’s charged songs are rooted in a recognizable universe, but traverse a wide array of genre experiments and pop detours.

Cotton Candy follows the quest of its protagonist stumbling through a crumbling world, winning and losing lovers, swinging from extreme highs to hopeless lows. The title alludes to transience and ecstasy, the surge of a sugar rush before nausea sets in, the way cotton candy dissolves into nothingness leaving only sticky fingers. Throughout, the productions glitter with synthetic detail and hypermodern finesse, effervescent but elusive. “Life is a rollercoaster and we’ve ridden the ups and downs.”

During the recording sessions, a collage of Copenhagen musicians flowed through the studio. First Hate is a fixture of the city’s creative community, but ultimately exists in their own sphere, carving a niche as parallel universe pop stars, embracing sweet and bitter, risk and reward: “Sometimes the ones who love you most are the ones who hold you back.”

Anton and Joakim grew up in Copenhagen and met when they were 15 through common friends on the street where they lived. “I didn’t enjoy being home so I used to stay at my friend Jakob's basement in an old church on Willemoesgade street,” says Wei. “His mom was the priest. She baptized Anton at age eight during his Jesus phase when he demanded a late baptism from his atheist parents. Jakob was friends with Elias who lived up in Anton’s end and they introduced us to each other. One summer my parents finally married after 20 years of dating. Joakim moved in for two weeks and we accidentally trashed the apartment while they were on their honeymoon. Later on Jakob, Elias, and two other friends, Dan and Johan, formed the band Iceage. Watching our friends’ growing success was a catalyst in creating our own project. At that point everybody in our friend group was making punk music, so the most punk thing we could think to do was start a pop duo.”

The First Hate catalog comprises more than nine years of work, including their 2017 cult classic, A Prayer For The Unemployed, a collaborative album Dittes Bog, two EPs and several singles. All of the recordings are self-produced, until they are ready to be finished in the studio. “We have sort of a twin alliance. Like couples finishing each other’s spaghetti at restaurants, we finish each other’s music. Having people enter this sacred mix has been such a pleasure.”

On stage Anton and Joakim embody the contrasting yet complimentary energies of yin and yang: Joakim pushing buttons, steering the ship, working synths and samplers with harmonious calm, while Anton’s body bullets around the stage, pounding out his kinetic dance moves.

The name Anton means fragile flower, an apt metaphor for his stage presence. A fragile flower shooting through concrete. To behold a performer who consistently delivers such intense live performances is a rare pleasure. “Live means love. When everything is right. When we meet the audience heart to heart. Then the planet spins even faster.” First Hate has performed over a hundred shows across Europe, Asia, the U.S., and Russia, both as headliners and alongside fellow Copenhagen acts Iceage, Lust For Youth, Communions, Soho Rezanejad, Trentemøller and Grand Prix. “We are on a quest of love, yes it’s as cheesy as that.”

Cotton Candy will be released May 27 on Escho and Cascine. 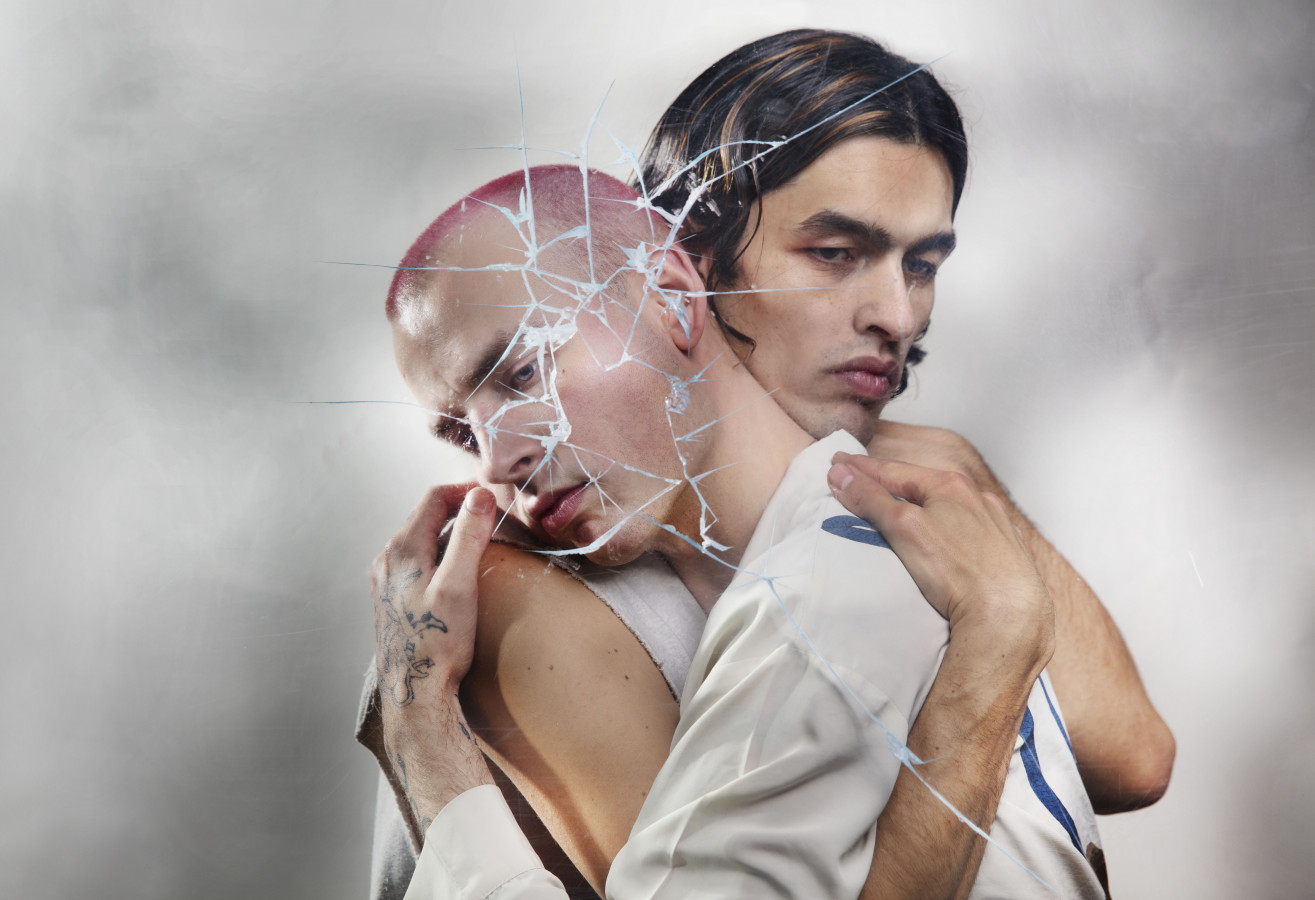