They say it’s hard to keep a creative partnership going after a while. Not so in the case of Good Morning — in their seventh year of making music together, the Melbourne duo made up of Stefan Blair and Liam Parsons have only just now stepped into that most fruitful of creative endeavours: commercial real estate.

They’re not landlords just yet: in fact, the early months of 2021 have seen Stefan and Liam sign the lease on a modest, appropriately scrappy recording studio in Melbourne’s inner north. The natural next step for two musicians who have always preferred to do things entirely themselves — the band first formed after Stefan and Liam split the cost of a Foxtex 4-track tape machine — Good Morning’s new recording space is already yielding dividends: today, they release Mollyduker/Keep It, a new double-A-side single and their first new music since 2019’s Basketball Breakups.

Good Morning’s past run of two-track singles — 2019’s Take It Easy For Me, Stranger/Boy, I’m Just A Loser For Your Love; 2016’s Step Aside/Oppsie; and 2015’s On The Street/You and A Vessel/Radiovoice — are among the band’s most beloved songs, and “Mollyduker” and “Keep It” are sure to join their ranks. Rich and warmly-hued, these songs reflect the Good Morning of 2021: a little more thoughtful, a little more virtuosic, and in no way any less anxious. These songs, written collaboratively, speak to the conditions under which they were made: first written in the two-week quarantine period after the band came home from their COVID-cancelled American tour, and finished as the first products of the new studio.

The pastoral, rangy “Mollyduker,” sung by Stefan, is a quintessential driving song, its steady, wiry groove hardly letting up over the course of its runtime. The song’s ease belies its tense imagery: drunken spews, held tongues, and anxiety tokens abound. Stefan says: “Mollyduker was something my Pa called me whenever we’d be hanging out and working on his farm. It’s a reference to me being left handed, however I used to take it as somewhat of a dig. The lyrics are a reflection on my relationship with him, as well as the farm itself, which has served as a home to a lot of my family over the years.”

“Keep It,” sung by Liam, is no less inviting and no less heavy with psychic weight. A meditation on failure, drinking, and ageing, “Keep It” is laden with piano and warm, warping guitar — soft-edged counterweights to the severed heads and flooding waters of the song’s lyrics. Of “Keep It,” Liam says: “‘Keep It’ is an ode to stasis, repressed feelings, substance misadventure and arrested development in your late 20s.” 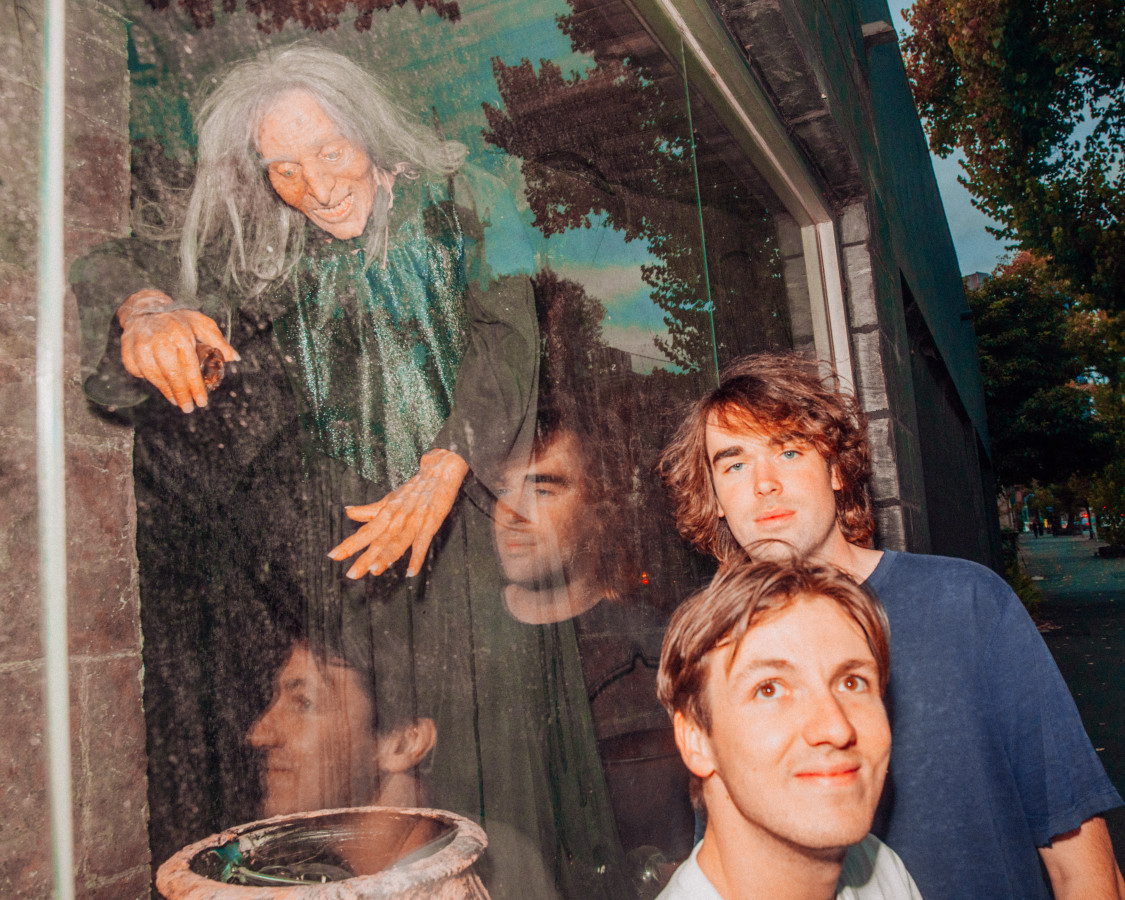