Hannah Merrick’s recollection of how she and Craig Whittle first set about turning ambition into reality is typically down-to-earth. “I remember wanting a band,” she says, “and that was that. The first thing was to get a guitarist, and that was Craig. But it was never, ‘Let’s just jam’. Instead, as soon as we had our songs together, it was, ‘Let’s build on this. Let’s put a band around it.’” And ‘this’, as others might say, is how the magic began.

A level-headed but determined outlook is one of KING HANNAH’s most endearing characteristics, and forming a great band was truly, for both Merrick and Whittle, a long-held but patiently nursed ambition. “I’d always had King Hannah in my head as a name,” Merrick, who was born and raised in Wales, says, “even before I met Craig.” Whittle, meanwhile, had harboured dreams of making music with Merrick ever since he’d seen her perform at a gig in Liverpool, where he lived and she’d come to study. It took another two years until they actually met, and, even after they’d encountered one another while working at the same pub they didn’t rush into anything. One thing they knew intuitively, though, was that, if it was right, they’d know it was right. And, over time, it turned out it was right. Absolutely, unquestionably right.

I’M NOT SORRY, I WAS JUST BEING ME is the proof, its dozen songs full of darkness and wit, mesmerising and thrilling in equal measures. Indeed, titles are rarely more impeccably chosen than the one KING HANNAH have given their full-length debut. At once a humble clarification and a stubborn challenge, it not only sums up the duo’s single-minded vision and their determination to remain true to themselves, but also offers a glimpse of the wry, knowing humour lurking in the shadows of the record. Without this, of course, it might on occasions seem bleak. It opens, for instance, with ‘A Well-Made Woman’, Whittle teasing out a sinister walking guitar line to the rattle of a voodoo rhythm and a growing storm of feedback. It ends, furthermore, with ‘It’s Me And You, Kid’, whose muffled melancholy is torn apart by waves of growling guitars first beckoned by a ‘Creep’-like twitch, with Merrick chanting – in defiance or resignation, it’s hard to say – “I’m all I’m ever gonna be” till it hurts. In short, it sounds at times like dusty jukebox 7" singles from the late 1950s played at half speed, and at others like it’s Cowboy Junkies forced to play The Trinity Sessions at knifepoint with a pounding whiskey hangover. Hello, darkness, our old friend.

In case things might start to feel a little oppressive, however, Merrick’s there to lighten the tone, sometimes uneasily, sometimes playfully, often both at once. After all, as she counsels on ‘The Moods That I Get In’, “If you do not like what I’m singing about / Well, then you really do not have to listen / You can just turn me off”. I’M NOT SORRY, I WAS JUST BEING ME, in other words, is an ideal title for a collection of songs which invite us in warmly but on their terms alone. In fact, like 2020’s introductory mini-album, Tell Me Your Mind And I’ll Tell You Mine, it displays that most elusive yet vital of contemporary qualities: honesty.

This is evident first and foremost in Hannah Merrick’s bewitching delivery of pithy, carefully weighted lyrics. Sometimes they gather a fine dust of poignancy simply by leaving so much unsaid, while what’s left packs an undeniable punch as well. On ‘It’s You And Me, Kid’, she delivers perfectly pitched affection – “I thank God / The day we met in the gross bar” – while ‘Go-Kart Kid (Hell No!)’ offers an engaging, sepia-tinted snapshot of lessons learned during Merrick’s youth from her “Granny and Taid”. As for her apology, amid the song’s Crazy Horse peregrinations, for ‘The Moods I Get In’, its tenor is expertly shifted from contrite to cautiously unrepentant, her critical question – “Have you considered asking why?” – delivered afterwards in hushed fashion, almost as a postscript. It is, some might say, enough to make you think.

Then there’s her straightforward, brutal honesty, as on the brave, brooding ‘All Being Fine’, in which Merrick recalls – with a quintessential lack of self-censorship – the painful banality of attempts to resolve her persistent bedwetting. “We saw a nurse multiple times / She said, ‘You’ll grow out of it in no time / All being fine, all being fine’“. It’s not a topic one sees addressed often, even more rarely with candour and compassion, but Merrick isn’t one to revel in self-pity. I’M NOT SORRY, I WAS JUST BEING ME is spotted with dark humour and gentle nudges alike, whether “Big Big Baby”’s cold-blooded urge to watch an ex choke on a dumpling – “At least that would be mildly fun” – or the convivial reference to Steve Carell on the title track. “We don’t take things too seriously,” Whittle points out. “We love Bill Callahan, Kurt Vile and Courtney Barnett, and they have that bleakness, but there’s also a light in there, a self-awareness. Everything needs to have that balance. Maybe things are really, really shit, but you can laugh about it too.”

That said, ’Foolius Ceasar’’s flippant title masks a song of self-loathing, with the familiar image of a fool for love delivered with contempt instead of compassion. This kind of mixed but – that word again – honest messaging is another characteristic of KING HANNAH’s beguiling work. Because, while Merrick may stand centre stage, there is no KING HANNAH without Craig Whittle. His poised guitar arrangements and refined, contoured playing are crucial to each song, reflective of the duo’s respect for the potency of economy, yet stamped with an unfeigned miscellany of contrasting influences. “We want the music to sound raw and natural, not produced to within an inch of its life,” he says. “It needs to breathe and sound like people are in a room.”

Nonetheless, it sounds simultaneously like a mythical American landscape, one into which, when Whittle was younger, he longed to escape, though his is a notably pre-Americana United States imagined by more lugubrious bands with a sparing touch, like Red House Painters, Mazzy Star, Smog and Idaho. (A Springsteen fixation is well documented, too, though it rarely creeps into his work. Certainly, ‘Ants Crawling on an Apple Stork’, which Whittle also sings, is instead more akin to Codeine.) True to his roots, however, this is then all filtered through Whittle’s experiences as an Englishman, lending the duo’s arrangements grittier qualities sometimes associated with PJ Harvey’s early recordings, or elsewhere with Portishead, whether their first two album’s alchemy of vintage sounds or their later, more abrasive work. There are, for instance, inspired, unexpected echoes of Dummy’s ‘Biscuit’ in ‘Foolius Ceasar’ and Third’s ‘We Carry On’ in ‘Big, Big Baby’s menacing climax. Merrick’s voice, meanwhile, smoulders, blending Beth Gibbons’ vulnerability with Nico’s mystery and Hope Sandoval’s sophistication, finding poetry in the prosaic as she sets torch songs alight.

If the magic began when they first got together, when Merrick and Whittle chime – which they do repeatedly on this debut – is where the magic actually happens. Written and then recorded with additional musicians Ted White, Jake Lipiec and Olly Gorman in just eight months – “I remember writing down all our songs when we first started,” Merrick confides casually, “and thinking, ‘I can do better than that’” – I’M NOT SORRY, I WAS JUST BEING ME is a bold, memorable, even startling document of a dream shared, an ambition fulfilled and a vision realised. No wonder the album ends with Whittle’s elated fuzz-guitar solo guiding us home after Merrick’s chant of “I’m all I’ll ever be.” There’s no mistaking this for resignation at all. It’s definitely defiance. Succinctly stated, effectively communicated, admirable, honest defiance: this is our destiny. Like KING HANNAH’s songs, it endures and inspires. Not that they’ll ever show off. That’s just not their style. 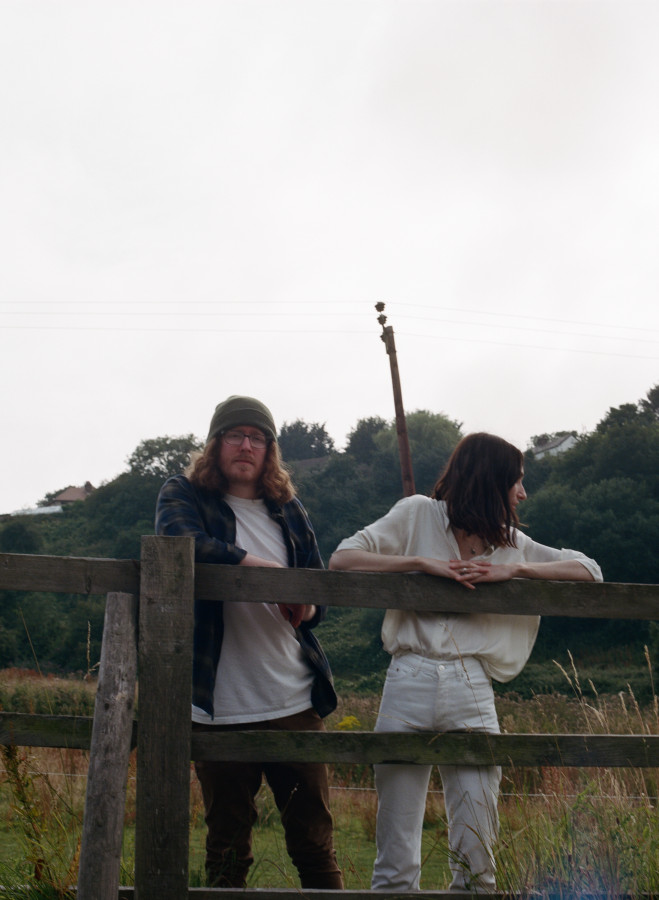