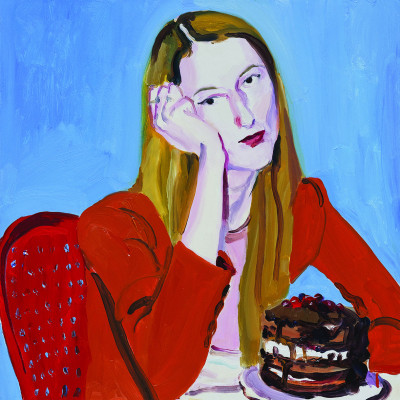 The world is an enormous place full of dazzling stimuli, something Marta Knight knows well. “Strange Times Forever” is the work of someone trying to discover where is her place out there. A debut album under the key of indie-rock that stands-out for its realism and familiarity: Marta’s concerns look as if they are ours.

Marta Knight says that she only wants to write songs to listen in her room while everyone else is sleeping. Everything makes sense when rediscovering “Waterloo Heroes”, a debut EP that included five guitar and vocals cuts. Already on those first recording steps you can sense a powerful songwriting personality and one of the highlights of her proposal, the closeness of pieces that talk to you with the complicity of someone that you have known forever. The confessional tone, that shoulder to lean on, is one of the main charms that we encounter, but not the only one. The song “Resurrection” connecting with a vast audience is explained, partially, by its irresistible hooks and for a melodic aim that clearly shows that we have before us an exceptional talent.

All above is still present in “Strange Times Forever”; The same, but different. Today Marta is a new Marta. Her concerns have changed and we too perceive this in the music of this 23 year old woman. Now what appears is the vertigo of someone who is aware that if anything marks your path are the movies that defy us, the parties we never went to, the songs we run to for shelter when we had a shitty day. That’s “Creations” is all about: those things that make this living thing something worth living for.

“Strange Times Forever” opens with “I’m Here”, a song that makes clear right away that this album talks about here and now. Here and now is conjugated in present time and is projected towards the past —it’s an emotional scar collection— but also towards the future —“Who I wanna be? I don’t know”, we hear Marta asking herself on “Strange Times Forever”, the title track song. “The Garden”, “Father” or “Patience” bring up similar existential doubts. There is love (“I Hate Dancing”, “I Feel Floating”) and heartache (“3am”). In fact, in the sequence, just like in life itself, we go from passion to disappointment in the few seconds that separate “Here” from “Half a Room”.

We have seen Marta Knight grow up musically speaking in front of our eyes, song by song until delivering this debut album that exudes purity and emotional intensity. In parallel, its indie-rock proposal has gained deepness and nuance thanks to the production and backing band, a perfect lining for a songwriting wickers more than solid. All this makes of this work a record that invites itself to be listened compulsively, not stopping until its lyrics merge with our own memories.