The sound of New York City is varied in a way that’s similar to its disposition. It’s representative of the old and the contemporary existing side by side; of the high rollers and
the proletariat; uptown and downtown; the fast pace and slow burn. Ano Chrispin knows this better than most, because he’s spent years of his life staring it down.

Painting being his first love, Chrispin - better known as singer-songwriter and multi-instrumentalist Native Son - has dedicated his waking moments to observation. The
interactions he observes between the city’s organic forms; Its buildings and its inhabitants, morph into images and sound bites that he stores in his mind. When he started making music again in 2020, after an almost 3 year hiatus, Native Son made the conscious decision to look at his music as a directorial pursuit: Every song being constructed as a score to the scenes in his memory bank. Because of this, Native Son’s 2021EP, JOY THEFT, reads like a short film in sound.

Compared to his debut album, 2020’s underdog masterwork Metro Dread, JOY THEFT is an au courant reactionary piece. Teeming with notes of pent up youthful energy that introduce
us to a young man cranking out intensely personal ballads, JOY THEFT serves as Native Son’s newest commentary on love, attachment, abuse, class, depression and race; presented through a series of metaphorical croonings and huge sonic ideas in tight compositional spaces. And, although he’s a bedroom producer, crafting and recording all of his songs with his guitar and keyboard in the confines of a 700 square foot apartment, the genre with the occupation’s namesake is hardly one broad enough to encompass his effort on the EP.

Completely written, arranged, and composed by the artist, the project fuses elements of Punk, Jazz, Pop, Alternative Hip-Hop and Neo-Soul. The ability to merge genres has almost become a benchmark for new indie artists, but Native Son’s uniqueness exists in his sometimes off-the-wall and sometimes firm synthesis of genre identifiers with wildly poignant lyrics. You quite literally never know what you’re going to get. With influence taken from New York’s “No Wave” jazz-punk of the 70’s, as well as the avant-pop hum of bands like Stereolab the EP sees Native Son fuse post punk with cookie cutter pop motifs made dark, and filter it all through alternative hip-hop cadences. JOY THEFT offers itself up as a worthy second introduction to the artist's universe.

Chrispin’s creative process as Native Son is also rooted in his visual arts practice. While attending university for art history, he started to experiment with the idea of his paintings and songs being supplemental to one another. What began as using works of art for album covers quickly turned into experiments in writing music to match visual substructures. Now 23, Chrispin has embraced the need to treat a piece of music as what Allen Kaprow would have called a “happening;” and while gearing up for his second release as Native Son,
he’s worked to fully amalgamate his musical output with his artistic vision. The project is slightly more fantastical and grim than his last, and was made as a companion to a group of small scale paintings he completed around the same time as the EP. “The paintings are almost like stills from the scenes in a film, I think.” he says of his works, “I try to construct every song as a score to one of those stills.” As Ano barrels towards his next day, his next week, and his next month; his determination is palpable. It’s not based on a thirst for success- monetary or otherwise, but on a sense of ethical responsibility to experiment. 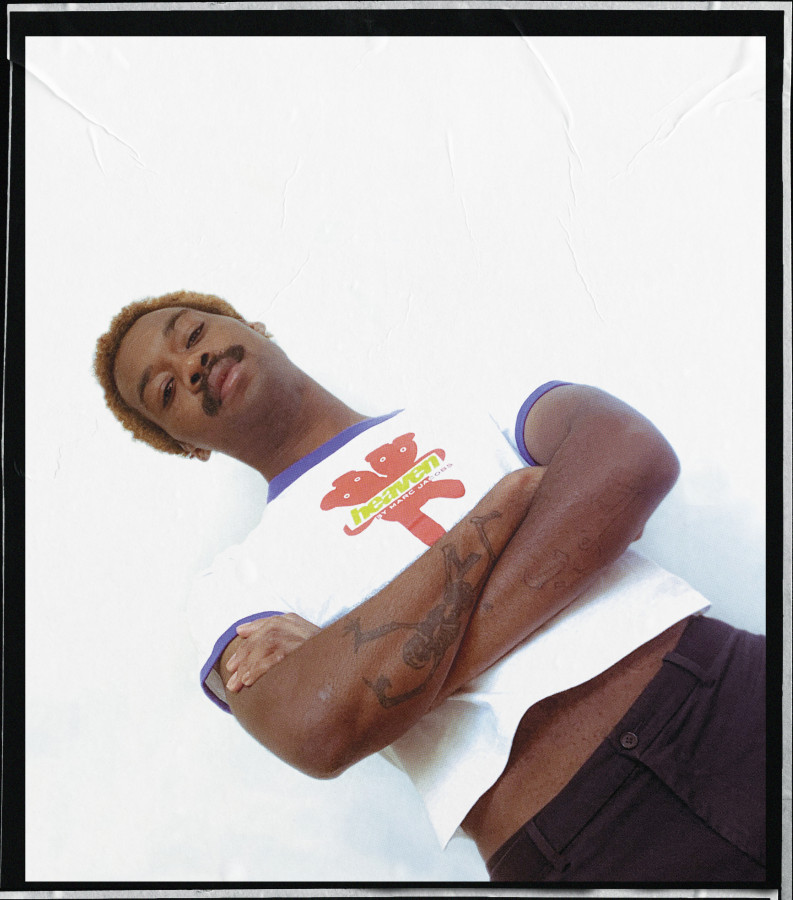