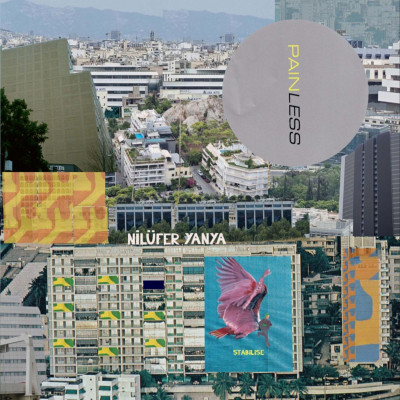 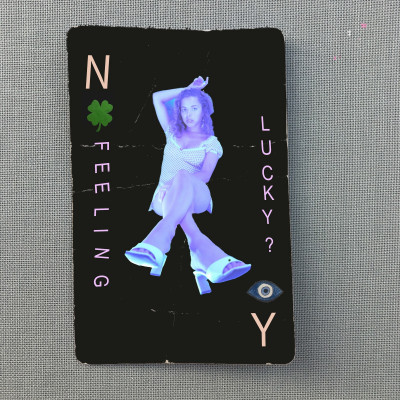 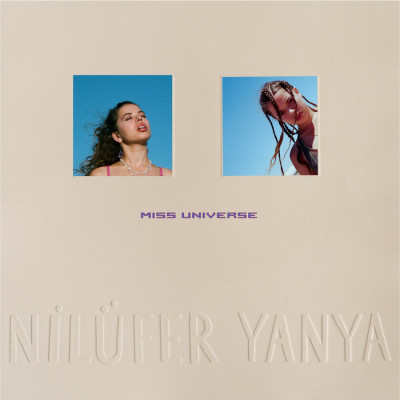 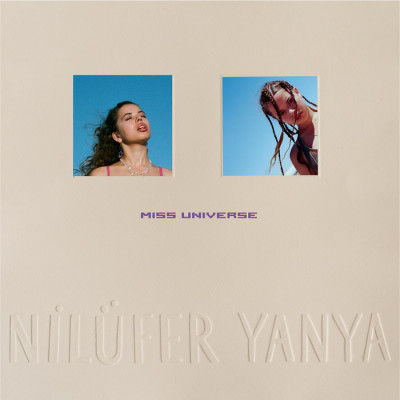 Though she’d been writing songs in her head since she was six, and on the guitar since she was 12, it took a long time for Nilüfer Yanya to work up the courage to show anyone her music. When she finally did, “It was horrible. I loved it”.

Nilüfer – who grew up in west London with her artist parents (her dad’s work has been exhibited at the British Museum) and three siblings – credits three people with giving her the courage to perform. The first was her uncle Joe, a producer and session musician with a studio in his garden in Cornwall, where the pair would jam together. “He was like, ‘I really regret not singing in my own music earlier’,” Nilüfer recalls, “’You should definitely do it.’ That gave me confidence.”

The next was her guitar teacher at school, The Invisible’s Dave Okumu. Nilüfer asked Dave to help her learn the riffs to a Libertines song, before deciding that “the easiest way to actually play something was to make it up yourself”. She started tentatively writing her own material, and discovered she had a knack for it.

Lastly, she was spurred on by a teacher at her Saturday music school. After the government-funded music programme at her own school – where she formed a rock band she never sang in – was shut down, Nilüfer started weekend classes in Lambeth instead. “I was more confident showing my teacher there my songs,” says Nilüfer. “I knew I wanted to sing, but the idea of actually having to do it was really horrifying. She was like, ‘You have a great voice. You should sing.’ It’s what you need sometimes.”

Eventually, Nilüfer relented. When she finally started performing as a teenager (her first ever show was at The Troubadour), she found it equal parts terrifying and exhilarating – and discovered, in the process, that she didn’t know her hometown very well at all. “Music, for me, was a part of finding out about your own city,” she says, “because your first times going out are playing your own shows, or going to a friend’s gig. Part of what makes London for me is I had to navigate my own way around through music.” She considers London her home, but being of Turkish-Irish-Bajan heritage, “my family’s culture is different, so you feel there’s always a constant misunderstanding, or misinterpretation, of your parents – or even your name”.

Recently, she’s started visiting her dad’s home country of Turkey more often. “Before, it was just a place my dad was from, and now it’s actually becoming a real place,” she says. “It’s exciting to know that there’s another place you can belong in. But I feel like I belong in London, too.”

At 18, Nilüfer uploaded a few demos to SoundCloud. It didn’t take long for her to catch people’s attention. She released 3 EPs on esteemed London indie label Blue Flowers, 2016’s Small Crimes EP, and 2017’s Plant Feed and Do You Like Pain?, then signed to independent New York label ATO and earned a place on the BBC Sound of 2018 longlist. She also featured on The FADER’s British Artists to Watch list, and supported the likes of The xx, Interpol, Broken Social Scene and Mitski on tour.

Nilüfer didn’t get swept up in the hype, though, and forget about the people who first encouraged her. In fact, she has a habit of bringing those people along for the ride. Rather than infiltrating a pre-existing music scene, or employing big-name producers, she chooses, when she can, to work with people she’s known for years.  She recorded much of her forthcoming debut album, Miss Universe, in the same remote studio she used to jam in with her uncle Joe. When she began working on the album, she got back in touch with Dave Okumu, and the pair wrote and produced a track together, ‘Heat Rises’. Her live bandmates, Jazzi Bobbi and Luke Bower, who also co-produced recent single ‘Heavyweight Champion Of The Year’, are old school friends.

Nilüfer treasures this personal, DIY approach – though she makes sure that it never equates to a messy sound. For the 23-year-old, who blends elements of soul and jazz into her intimate pop music, minimalism is key, and the spaces between the notes are just as important as the notes themselves. Often underpinned by a single electric guitar, her songs are intense but uncluttered, her voice at once wounded and defiant. In the early days, she was inspired by the sonic sparseness of The xx, and the recognisable riffs of Pixies. Since then, she has drawn comparisons to the likes of King Krule, Sade and Nirvana – though none of those quite capture her unique sound.

Besides, she’s changed a lot over the past few years. “I was like, 20 then,” she says, referring to her first EP. “You’re still very much like a teenager. Also, for so long you build up the excitement of, ‘Oh my God I can’t wait for the day someone writes about my song’, and then they do, and it’s so exciting. And then someone else does it, and it’s less exciting. And you start asking yourself, ‘OK, what’s exciting now? What am I meant to be doing?’”

The answer, as always, was to keep making music. “I know a lot of the pressure comes from myself,” she says – so she made sure her debut album was something she could stand by. Working with the old crowd, as well as producers John Congleton, Oli Barton-Wood, and Will Archer.  Nilüfer decided to put aside all her older material, including her brilliant 2018 EP Do You Like Pain?, and fill the album only with new songs. “I wouldn’t get any enjoyment out of putting out material I’ve already released,” she says, “I want to make sure I’m pushing myself. There’s no point otherwise.”

The album is bigger, and more ambitious, than anything Nilüfer has done before. “I'm willing to experiment more with the sound,” she says. “Before I was like, ‘No, it has to be on guitar, and it has to be stripped back, and I don't want anything else happening. No, I don't want that key thing, what are you doing? Take it out, take it out!’” she laughs. “But now I'm like, ‘OK we could try that’, or, ‘Hmm, let's put this in’.”

The result is extraordinary. From the punchy, grungy lurch of ‘In Your Head’ to the ‘80s beats and squelchy, game boy-like synths of ‘Baby Blue’, the album is bold and progressive, though it never strays too far from the undefinable sound that makes Nilüfer so special.

She wrote ‘Melt’, with its cacophony of brass instruments, after coming home from a festival where she saw friends getting apocalyptically inebriated. “You can almost see in people’s heads their brains disintegrating because of whatever they've been doing that night,” she says. “But then, we all do that to ourselves sometimes. You're having fun, but it's also kind of sad.”

‘Heavyweight Champion of the Year’, the video for which was directed by Molly Daniel, the creative team behind all Nilüfer’s visuals, “is about reaching my own metaphorical bar, reaching my own limits within myself, and kind of forbidding myself to take it further,” she says. “In one sense, it’s an anti-love song. It's like, ‘I'm not gonna force this person, I don't want to.’ It feels like you're at the end, you've given up at something.”

‘Angels’, with its muted, harmonic riffs, was inspired by two works of arts: the Edgar Allan Poe poem ‘Kingdom by the Sea’, and Malorie Blackman’s Noughts & Crosses series. At the end of Noughts & Crosses, the main character, Sephy, holds her baby so tightly that she suffocates her. “I always found that really interesting,” muses Nilüfer. “You’re so scared you’re gonna lose something that you almost kill it. And then there’s this idea of paranoid thoughts and anxiety.”

There’s an anxiety inherent to modern life running through Miss Universe – not least in its conceptual spoken word interludes: automated messages from a fictional health management company called WE WORRY ABOUT YOUR HEALTH TM. “You sign up, and you pay a fee,” explains Nilüfer, who plans to create an accompanying website, “and they sort out all of your dietary requirements, and then they move onto medication, and then they'll work out if anything's wrong with you, maybe you can get a better organ or something… and then suddenly it starts to get a bit weird. You're giving them more of you.”

“And Miss Universe,” she continues, “is the voice on the phone line. She's called Miss Universe to sound a bit friendly. It's kind of like the voice of some kind of automated control that we don't even think about, we just hear it. It's an authoritative voice ingrained in our modern society, that tells you what to do, and you're not totally aware of it all the time.” The concept, she says is “kind of fun, so I don't wanna take it too seriously… but also it is a bit of a concern.” This year, Nilüfer will take Miss Universe on the road, supporting Sharon Van Etten before her own headline tour kicks off in Istanbul (her dad’s homeland) in March. In the meantime, she’ll be spending time with Artists in Transit, a non-profit arts group she set up a few years ago with her sister Molly, which runs arts and music classes for displaced people entering Europe. “You'll never be in that situation until you become in that situation,” says Nilüfer. “It could happen to anyone at any point. That's the bottom line. Knowing that you can be someones friend is the smallest thing you can do but also the most . You can't get them out of that situation, but it helps somehow.”

She’ll also, though her album isn’t even out yet, be writing more music. “I actually get a lot of self-validation out of writing,” she says. “Performing is good and I'm happy to do it, but I've realised I am a writer, and that's what I want to do.” 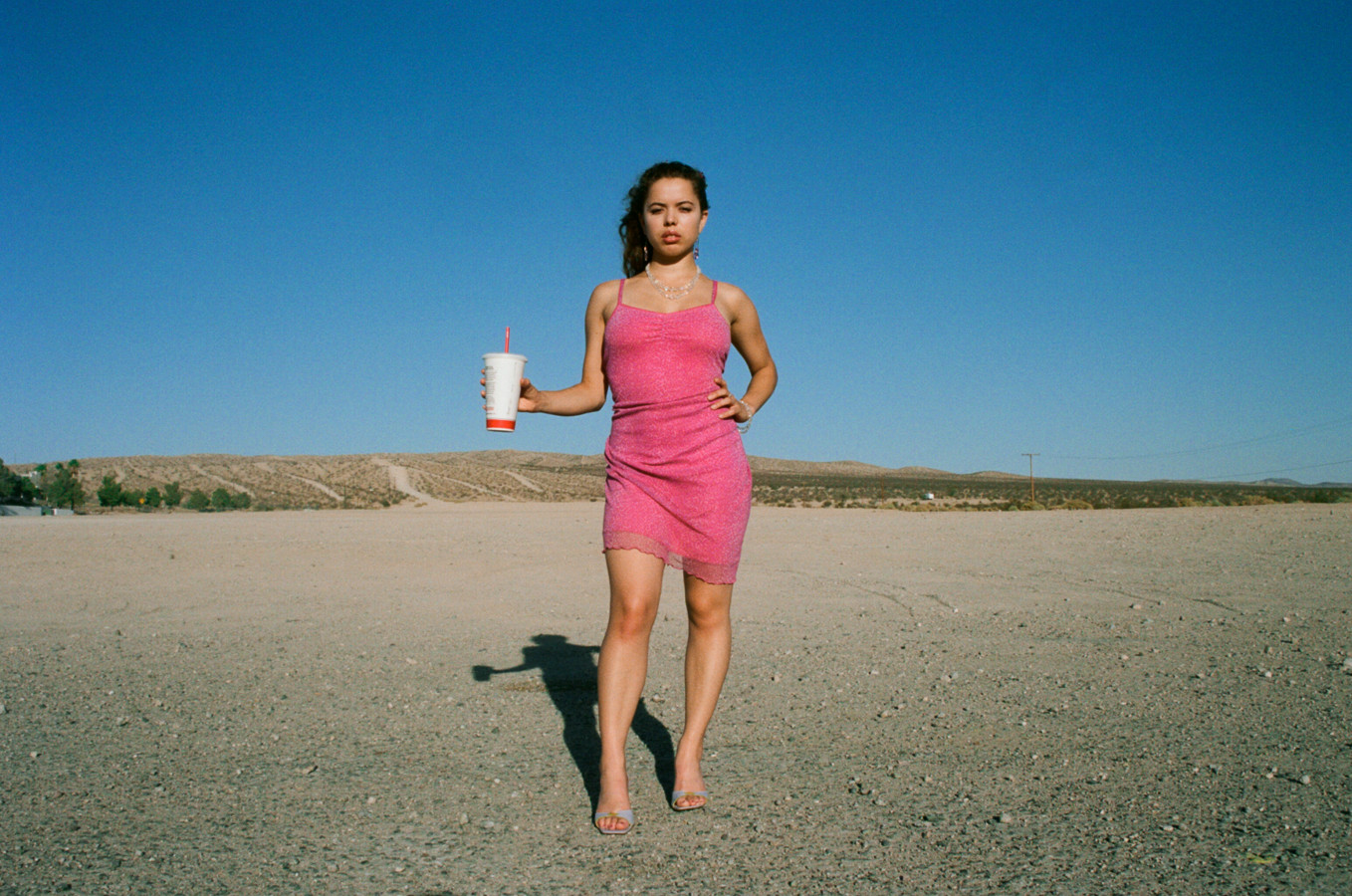