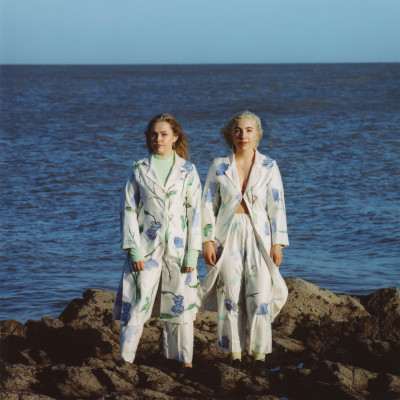 Where I Should End 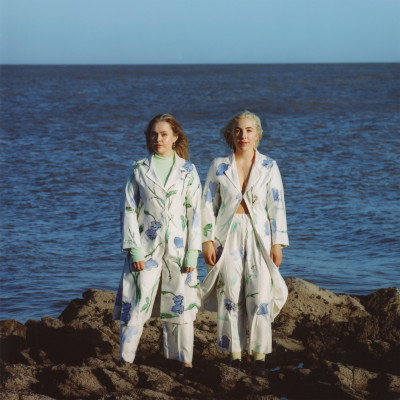 Building on the stunning, folk-driven harmonies that formed their debut album, new single "Karaoke Song" showcases an elevated sound for Saint Sister – combining their signature ethereal vocals with a fresh, pop-driven melody. Speaking of the song, Morgana describes how “Gemma had this gorgeous instrumental and I was trying to work in a load of grandiose lyrics that always felt clunky and out of place. At the end of a particularly tiring day spent writing, I started using the song as a way to make fun of the night we had recently shared singing karaoke. I kept thinking ‘no one will take this seriously’ and then I realised maybe I don’t want them to, that’s not the point of the song.”

The official video, filmed in Algorithm’s studios on Capel Street in Dublin, playfully riffs on the karaoke theme, with visuals spanning ‘80s rock chick to a homage to the golden MTV age of the ‘90s.

“We were excited to peruse a new visual language for the band that was both complimentary while giving a new visual perspective for their new single. Inspired by the songs' theme the video is a nostalgic expression of the moments we miss and look forward to sharing again with our friends and family”.

The dimmed disco of "Karaoke Song" - an ode to indulging in the ridiculous - finds Saint Sister at their most carefree. Using Britpop anthems and Tom Jones songs to serenade down on two knees, drunk devotion is let loose in the familiar settings of a basement karaoke bar. With no room for silent attraction or sober shyness, they’re footloose and fanciful, spilling their desire into choruses that are written out for everyone to see on television screens. A love story in three minutes, the weight of a crush comes crashing down to the classic ultimatum of it’s now or never: “and just like that the karaoke’s over. Lights come on, we’re standing on the sofa. I wish that I could call you when I’m sober”. When they’re finished using someone else’s lyrics, they eventually find their own. Delivered with a wink, "Karaoke Song" is a declaration of love wrapped up in a good time. “I was kind of stuck on this song for a while. Gemma had this gorgeous instrumental and I was trying to work in a load of grandiose lyrics that always felt clunky and out of place,” explains MacIntyre. “At the end of a particularly tiring day spent writing, I started using the song as a way to make fun of the night we had recently shared singing karaoke."

Saint Sister’s new record ‘Where I Should End’ is an incredibly hands-on project, with every track written, arranged and produced by the band - seeing Morgana and Gemma confidently evolving into their distinct roles as songwriter and producer. The band are resolutely independent and decided they would self-release their sophomore album after returning to Dublin from their prematurely cancelled US tour with Keane, sadly cut short due to the Covid-19 pandemic.

‘Where I Should End’ was recorded at The Meadow Studio, Co. Wicklow with Rian Trench and mixed in Berlin with Benedikt MacIsaac. Layering synths and drum machines with harp, strings and piano, the record opens new sonic avenues for Saint Sister, while showcasing their most honest song-writing to date. New single "Karaoke Song" follows tracks ‘Dynamite’ and ‘The Place That I Work’ featuring Lisa Hannigan, both released last year. All three singles will be featured on Saint Sister’s forthcoming album.

The distinctive suits worn by the pair in the visuals for ‘Where I Should End’ (above) were specially commissioned from rising fashion designer Aideen Gaynor, who took inspiration from a collection of work housed in the National Gallery by Susan and Elizabeth Yeats, pioneers of the Irish Arts and Crafts movement at the turn of the century and sisters of renowned Irish poet W.B, and painter Jack B Yeats.


Saint Sister’s sophomore album follows their 2018 debut ‘Shape of Silence’, which received critical acclaim and nominations for both Album of The Year at the 2018 RTE Choice Music Prize and the Northern Irish Music Prize. Following its release, Saint Sister have toured extensively through Europe and the US, with sell-out shows at venues including London’s Omeara and Dublin’s Pepper Canister. The band also have supported the likes of Hozier, Keane, and Lisa Hannigan on their international tours. Hailing from the north of Ireland, songwriter Morgana MacIntyre and producer Gemma Doherty met in Dublin in 2014, before going on to release their debut EP ‘Madrid’ the following year. 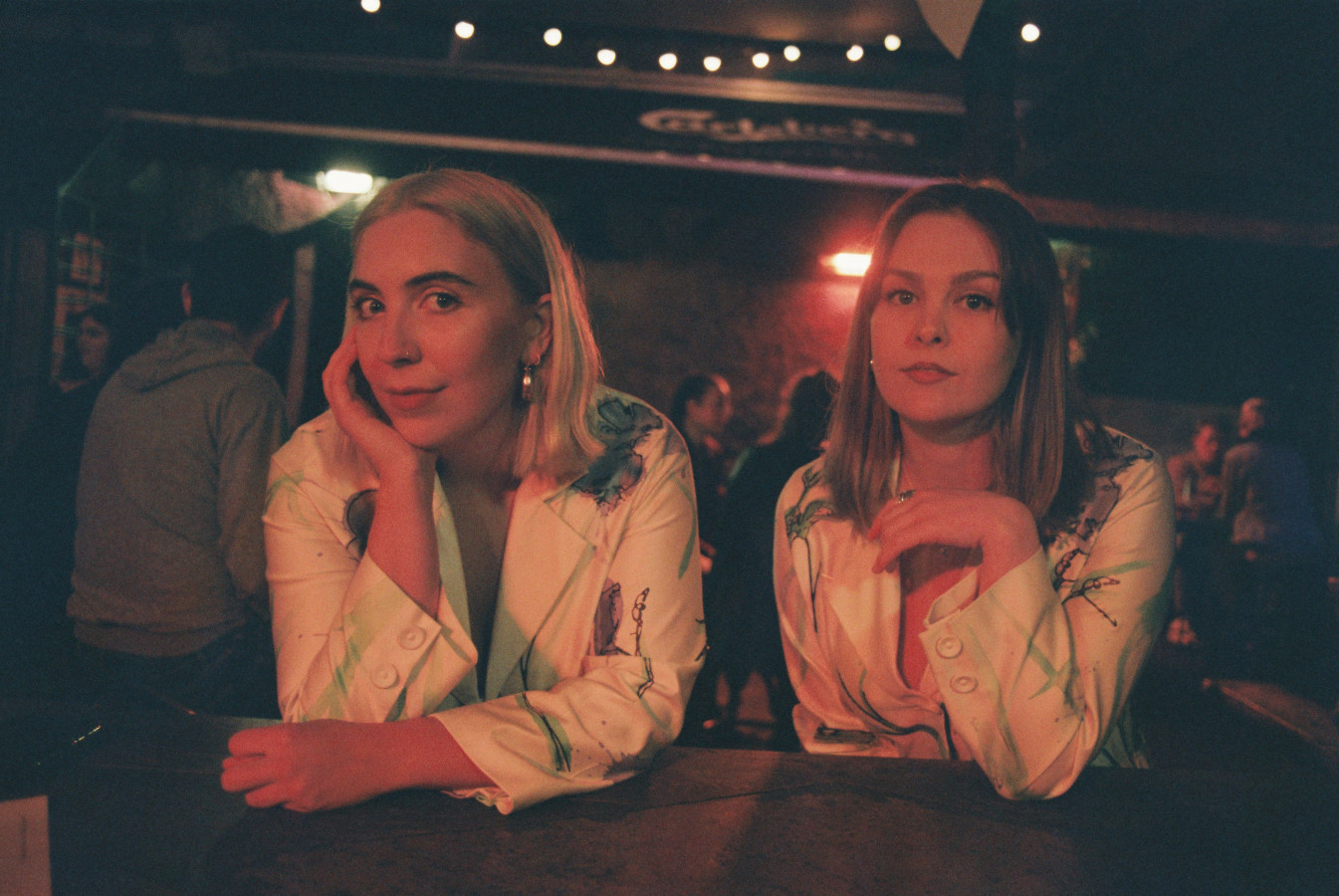