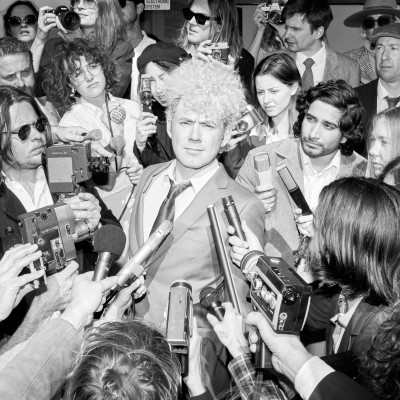 Sporting a mane of curly locks, a hilarious sense of humour and a lilting Irish brogue, Shiny Joe Ryan is a wonderous enigma. Today, the Pond multi-instrumentalist announces his long-awaited second studio album Shiny’s Democracy, available Friday 23 July via Spinning Top Records. Shiny’s Democracy is available for pre-order in digital formats as well as limited edition apple red 12” vinyl HERE. To celebrate, the Fremantle singer-songwriter presents the whimsical new single ‘Ketamine’ alongside the droll visual accompaniment. Shiny Joe Ryan and The Sky Dolphins will launch the album at The Bird in Perth on Friday 6 August, following a performance at Fremantle’s Hidden Treasures Festival in July.

“The song ‘Ketamine’ is one of my favourites from Shiny's Democracy. The bouncy chords kept circling around my head for so long, it reminded me of a campfire sing along,” says Shiny Joe of the track. “After mulling the chords over for a long time, some friends and I were laying on an apartment floor in Berlin when we randomly started singing and harmonising together. We spelled out each letter of ketamine to the chords I had written. The harmonies were beautiful, and it was so absurd singing ketamine over those innocent chords that I had no choice but to keep it, write the verses and record it. I find it very funny singing it at shows when my Mum is in the crowd,” he adds.

Filmed, directed and edited by Shane Corry, the official video finds Shiny Joe in his favourite shiny jacket, sporting his finest shiny shoes as he frolics with pure delight on the picturesque Fremantle docks. Joe explains the concept behind the video, “My initial idea for the Ketamine video was to be filmed doing everything backwards then reverse it. That would have given it all weird ketamine motion similar to that dream scene from Twin Peaks. However after the first day of shooting we found that the camera we used had not recorded any of it so we didn’t try again. Instead we went to a local spot under the bridge into fremantle and to a jetty by the water police launch and danced my ass off. Worked out for the better I think.”

It’s been a long, seven year wait since the release of his debut solo album The Cosmic Microwave Background in 2014. His musical offerings are as unique as he is - a mix of genres encompassing country, pop and rock, all mangled and mashed into something new, strange and tender. Joe finally found the time to record this new offering between touring as a crew member for Tame Impala and performing with Pond. He wrote and recorded this second album at Tunafish Studios with his band The Sky Dolphins in Western Australia and as well as mixing it himself along with his Pond bandmates, Jay Watson and James Ireland, it was also carefully mastered by fellow WA musical alumni, Kevin Parker.

Shiny Joe explains the concept behind the prolific artwork for the single and album, “It’s a recreation of a photo I saw of Australian Prime Minister Gough Whitlam being dismissed from parliament in 1975. He's standing on the steps of parliament house surrounded by reporters. I thought it was a very striking image and represented a failure of democracy in Australia. I summoned as many friends as I could, instructed them to dress as 70s as possible and told them to meet me at the clubhouse steps of the Fremantle football oval.”

Shiny’s Democracy is an album for anyone and everyone and a sign of a musician who wants to try everything once (or twice) with no plans of slowing down. You’ll find glimpses of his contributions to his band Pond on the record but Shiny Joe definitely carves a path all of his own. Written with a perfect balance of grit, wit and expertly crafted instrumentals, this second album from Shiny Joe Ryan will place him firmly alongside the rest of the Western Australian musical mainstays and definitely marks his triumphant return from his initial solo offering back in 2014. 2021, the year Shiny Joe Ryan brings democracy to the people! 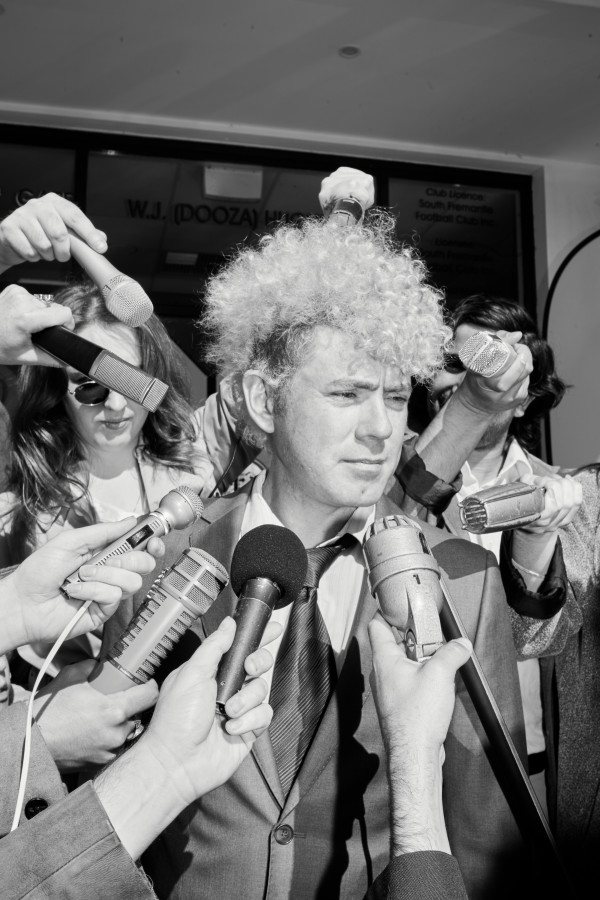