For the past two years, Tim Perry and Rob Oberdorfer, the creative braintrust behind the offbeat but often upbeat group Ages and Ages got together twice a week to work on new music, along with drummer and co-producer Evan Railton. Not terribly out of the ordinary, really. They were, after all, in the process of creating a follow up to their acclaimed 2016 album Something To Ruin.

But beyond just the simple act of getting together with friends to create, it proved to be a necessary ballast. In the wake of the 2016 election when every day seemed to bring a new bit of insanity to our lives, this was something to look forward to and something to help them make sense of it all. Call it musical group therapy.

"Art is supposed to help get at the root of the human experience and what it’s like to be alive,” Perry says. “And the challenge is how do you make music that confronts these complicated, important and sometimes very dark questions and do so in a way that still bounces around and maintains some level of optimism?”

It’s a thin needle to thread but Ages and Ages have done just that on their forthcoming album Me You They We. The 10 songs on this self-released LP don’t shy away from the uneasy feelings so many of us have been having since 2016. They shine a light through the murk with a glistening sound and lyrics that are unblinking yet suffused with a sense of hope.

The Elton John-like grinder “Forever Cul-De-Sac” addresses cultural myopia and looking for those outlets to see what’s beyond the titular dead-end street (“I want to have vision/but I can’t see out,” Perry sings). The shimmering, swinging “How It Feels” admits that “my problems are irrelevant” when compared with folks that are truly struggling but that “doesn’t make them any less real.” And on "Unsung Songs," Perry and Allen sing about what it's like to be caught on the wrong end of the political pendulum over a wash of synth-heavy dream pop capped by falsetto vocals.

The process of creating Me You They We was a long, deliberate one. It was a bit of a luxury, with the trio having their twice-weekly writing and recording sessions at Oberdorfer’s home studio, sometimes with friends adding vocals, including newest member Lizzy Rose Allen. Having that space and equipment allowed them to work through the material at their own pace, taking creative sideroads whenever an idea presented itself. Working on their own, they could have complete control over the sessions, without outside voices muddying the waters. Me You They We feels like a true statement of purpose for Ages and Ages. They are setting their own course.

“We just want to make good music,” Oberdorfer says. “And we want to be real with other people who want to be real. We want to challenge ourselves and our friends to break down barriers as much as we can to lead each other back to sanity." 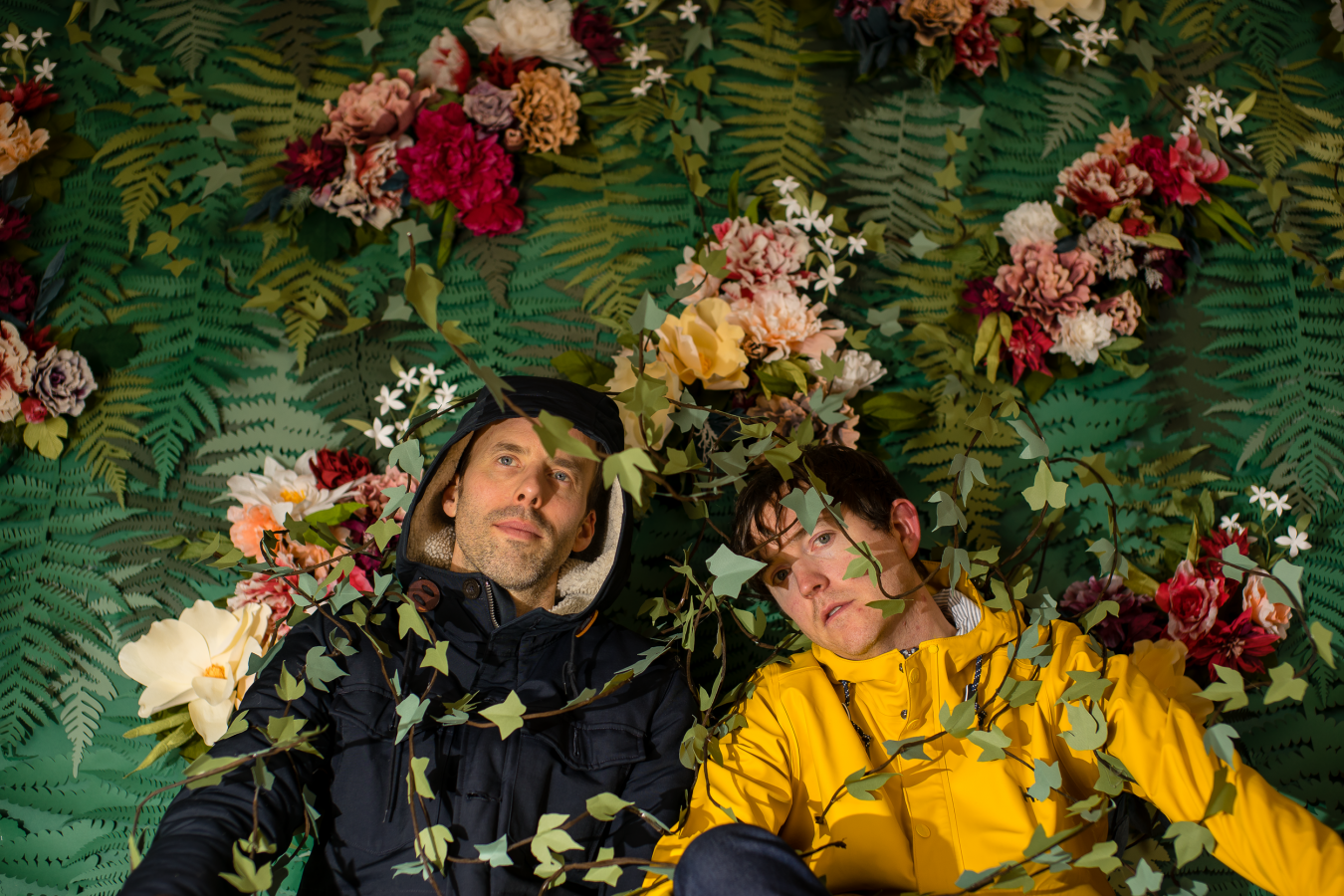