Despite her last name, Anna St. Louis was born and raised in Kansas City. She grew up a painter and singing in punk bands, eventually leaving her hometown to attend art school in Philadelphia. After graduating she made the move to Los Angeles where she began teaching herself guitar, writing songs and recording them on her own in her bedroom. St. Louis wears her influences well – think Patsy Cline singing over John Fahey – but has a style all her own. And while you can take the artist out of the midwest, you can’t take the midwest out of the artist – so let this be known; this is Midwestern music ran through a California filter.

“Being from the Midwest means a certain tone is woven into ones’ fabric. And every now and then, someone comes along who has the power to convey that feeling in their cadence alone. And so all hail Anna St Louis, who lets us into her world of heartache, wonder and a never-ending, never-beginning dance with time. Her album is for the mystics, reminding us that the world is full of magic at every turn, if only we let ourselves see it. Sometimes just by stating a simple observation, St. Louis lets us in on an infinite truth that perhaps we wouldn’t have seen otherwise. To step into the world of Anna St. Louis is to step into a world where the heart leads straight to the soul and where everything is cloaked in beautiful mystery. If Only There Was a River is a record of longing – of a soul reaching for more.” -Kevin Morby 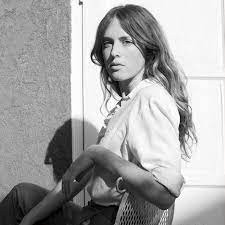